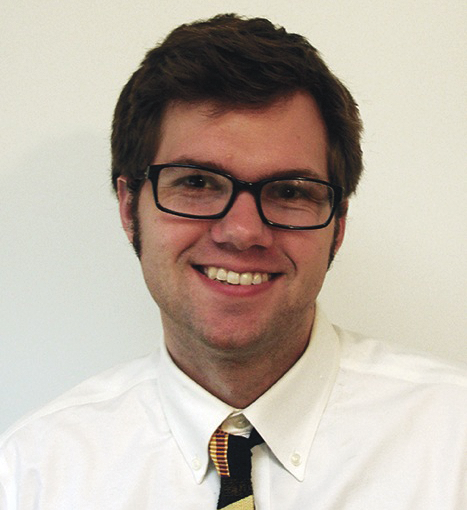 Two law students will attend proceedings at the U.S. Naval Center in Guantanamo Bay in October, after the U.S. Department of Defense approved the Georgetown University Law Center as an official observer of the military commissions operations, or military tribunals authorized by presidential order, in late August.

Kayleigh Golish (LAW ’15) will observe the trial of Abd al-Rahim al-Nashiri, a Saudi Arabian citizen accused of orchestrating the bombing of the USS Cole in 2000 as well as for leading al-Qaida operations in the Persian Gulf before he was captured in November 2002 by the CIA.

B. Shaw Drake (LAW ’15) will have the opportunity to observe the trial of the 9/11 case, which includes charges against Khalid Sheikh Mohammed, a member of al-Qaida who allegedly confessed under torture to U.S. agents his involvement in 20 years of terrorist activity.

Guantanamo Bay has been a hotbed of contention since the Bush administration for its use of torture and extrajudicial punishment on prisoners held at the naval base. On his first day in office, President Barack Obama signed an executive order to close the base, but without an agreed-upon location to transfer the prisoners, Guantanamo Bay remains open.

To quell allegations of a lack of due process administered to defendants, the U.S. Department of Defense first granted observer status to five non-governmental organizations in 2003, and 18 additional NGOs have been approved since 2011.

Observers sit behind soundproof glass, waiting for audio that is delayed by 40 seconds. The judge can press a button at any time to stop the audio feed if classified information is released during the trial. Khalid Sheik Mohammed’s trial in January 2013 sparked rumors when the feed was mysteriously cut for several minutes during the trial without any action by the judge. The CIA declined to comment to The Washington Post.

Because of this system, Drake said he did not see this decision to allow observers at the proceedings to really be a move toward government transparency.

“To hear what’s happening at the trials — I think that gives a quicker ability for NGOs to engage, but I’m not sure that it increases the government’s transparency. I’m sure they would point to it as a means of increasing it, and maybe it does in some ways I’m not aware of,” he said. “It’s not that we’re sitting in the back of the exact same room as the trial and hearing every single thing that happens.”

As the students prepare for their visit in October, in addition to filling out security paperwork, they will also engage with experts in the field to understand the context behind their trials.

“There’s well over a thousand documents for my case alone. I wish I could read them all, but that’s just not feasible. … That’s a lot of where the experts that we’ve been asked to talk to come in,” Golish said. “It’s helping us figure out what issues we should potentially focus so that we don’t feel like we’re drowning in information.”

While Golish and Shaw will be the first Georgetown Law students to attend, the observer status enables the law center to continue sending students in years to come. The law students were selected through an application, and the observer positions were only available to second-year and third-year law students, as well as Master of Law students.

The initiative was a collaboration between Georgetown Law’s Human Rights Institute and the Center on National Security and the Law.

“Georgetown is uniquely positioned as the leading national security law school to give students the chance to observe military commissions at Guantanamo,” Laura Donohue, director of the Georgetown Center on National Security and the Law, said in a press release.

“It’s a once-in-a-lifetime opportunity, especially for someone not that familiar with military justice but [who] has an interest in national security issues. Being an observer allows me to get an inside look at a process that I don’t have that much familiarity with,” she said.

Drake, who previously worked at the Bellevue/NYU Program for Survivors of Torture, said that his interest in the program arose from his interactions with clients at the program, as well as his focus on international human rights issues at law school.

“I think being there in person and seeing that process in action and seeing the issues that come up gives students at Georgetown the ability to engage those issues on a different level,” Drake said.

Golish pointed out that the university could have sent a professor, but chose to provide students with this unique non-credit opportunity.

“Especially if you’re interested in issues like national security and criminal justice and human rights, you’re going to be sitting in the room right next to people who do that for a living, who are top in their field,” she said. “It shows that the school really cares about giving their students the best opportunities that they can.”