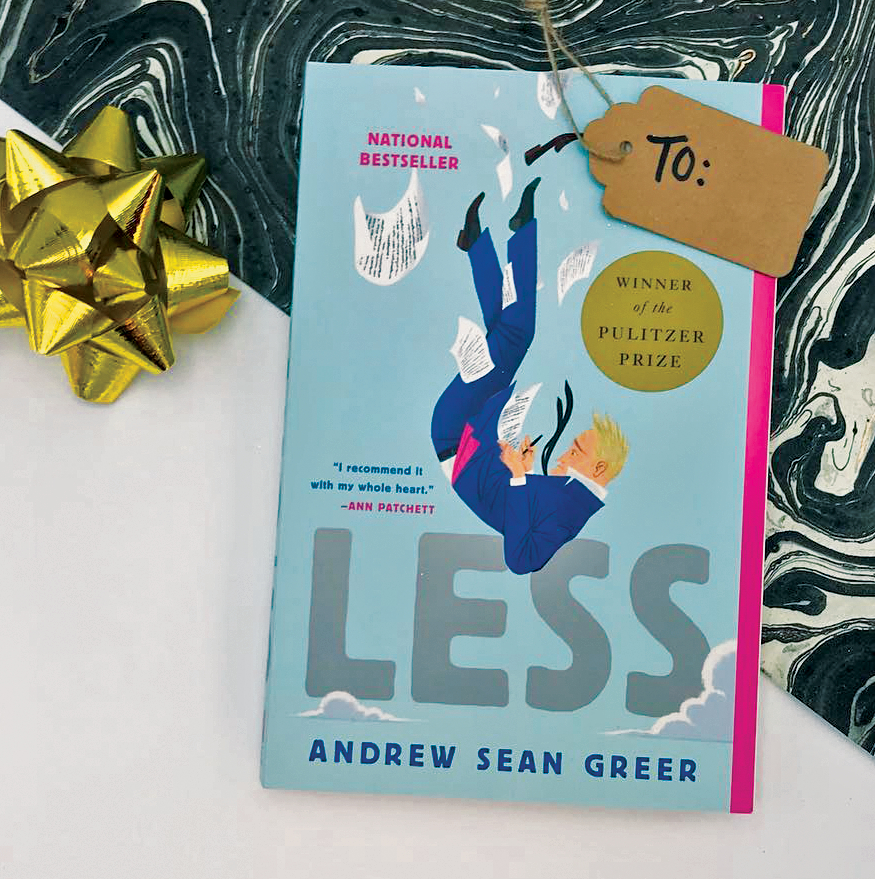 The book follows protagonist Arthur Less around the world as he struggles to come to terms with a painful breakup and his looming 50th birthday. Though the plot screams midlife crisis, any reader can empathize with Arthur’s quest for identity in a society filled with stereotypes. Readers can easily imagine this book appearing on a syllabus in their English or diversity studies classes several years from now; above all, “Less” is a piece of literature with a strikingly modern tone that deserves praise.

It is hard to define what sets apart highbrow fiction worthy of the Pulitzer Prize, yet “Less” seems to fit comfortably within the label. The novel has lyrical prose, carefully crafted thought-provoking rhetoric and a diatribe on common human experiences. “Less” is a novel set on making a scene while simultaneously appearing modest enough to slip into the canon of revered Western texts.

“Less” stands out within that canon of fiction. The novel strays from traditional award-winning American literature by its protagonist’s identity. Arthur is a gay freelance writer thoroughly entrenched in gay culture. His global journey is sparked by a desire to put distance between himself and a longtime partner’s new marriage to another man.

As Arthur skips from a teaching position in London to an award ceremony in Italy to a trip through Morocco with a few stops in between, he struggles to redefine himself as an individual. Only by relinquishing — albeit unwillingly — the vibrant blue suit of his younger days can Arthur step into a new life with new romantic possibilities.

As Greer takes the reader from destination to destination, the text has a flowing, sing-song quality in spite of its occasionally sobering content. Greer’s prose reads like a highly detailed poem; dialogue and imagery are woven seamlessly through the chapters.

While an elegance lies in this poeticism, it also feels forced at times. Either the rigid rhetoric is meant to mimic Arthur’s uptight attitude, or the author has been caught trying too hard to write a piece of literature. Whatever the intention, Greer’s style is studied. This measured quality encourages the reader to think beyond the words, at which point the book becomes an exercise in dissection. If readers are looking for a thinker with heavy-handed poeticism, “Less” is just the right text; others not in the mood for such a task might consider looking elsewhere.

At first glance, Greer’s openly gay protagonist appears to be a mark of progress in American literature. A second look confirms just the opposite. Arthur  is a white, wealthy, highly educated man whose livelihood consists of writing a few pages every so often in his well-appointed cottage.

Notably absent are women from the LGBTQ community and men of color. While these characteristics may be a case of the author claiming his own experience and refusing to appropriate the stories of others, it could also just as well be an example of appeasing the conservative crowd at the expense of diversity.

Beautifully written, “Less” is well worth a read for those interested in contemporary literature or diversity studies. While some may find it more thought-provoking than entertaining, this should not disqualify it from a spot on your shelf. Greer’s novel is the perfect example of a well-written book that reflects — but does not fully embrace — progressive culture.