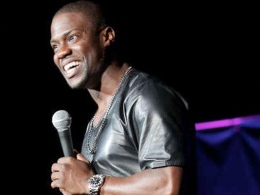 I’m not a comedy buff. Gun to my head, I would say that my favorite comedians are regulars on “Saturday Night Live,” and I’m more apt to watch a rom-com than something on Comedy Central. Nonetheless, I found Kevin Hart’s comedy tour “Let Me Explain” pretty funny.

My only experience with Kevin Hart before this screening was that one time he hosted “SNL,” so I didn’t really know what to expect. Judging by his brief monologue then, I prepared myself for some slightly racist humor and jokes that would go over my head. I was sort of right, but there was also way more to Hart’s film than I was expecting.

Let Me Explain surprised audiences with an actual plot. The audience is given a home-video look into a party hosted by Hart where many of his guests accuse him of various behaviors. Though he tries to explain himself, no one will listen. Finally, during a defensive outburst, Hart shuts down his party and takes all his guests to Madison Square Garden, where he can finally tell his side of the story.

On that note, the beginning of the production seemed like self-justification. Hart felt the need to show audiences just how much his fans across the world love him, and even more so, to rationalize some of the negative press he’s been receiving surrounding his recent divorce.

In spite of these flaws, Hart’s material — particularly his relationship advice — was hilariously well done. I can’t say I’ve ever found myself in any of the situations Hart seems to have gotten himself into, especially his fights with “psychotic” women and extensive lying, but his recollection of them is very entertaining. He engages his whole body when telling jokes, giving him a large stage, or screen, presence despite his rather small physical stature.

Perhaps the most enjoyable element of Let Me Explain was watching Hart’s thought process unfold. The first part of the film, and much of the actual stand up, was a highly amusing narration of his life. I wouldn’t have thought that Hart and I have too much in common, but I found it comforting that we both pump ourselves up by dancing to “Eye of the Tiger” when we’re alone and stubbornly stick to our guns, no matter how much evidence accumulates to suggest that maybe we’re not necessarily right.

In my experience, comedy is either awkward-funny or slightly offensive. Hart’s material is definitely the latter. The R-rating doesn’t disappoint; not surprisingly, Hart’s material contains a lot of language you wouldn’t want your grandmother to hear. Additionally, he liberally throws around certain racial terms, but the audience didn’t seem to be bothered — after all, it’s almost a given that comedy tours and films aren’t for the sensitive. While Hart never openly bashes one group or another, those who are more prone to offense should probably sit this one out.

The bad news — or good news, if you’re faint of heart and found yourself in the theater by accident — was that the entire film is just over an hour. The short running time and the fact that Hart did not bother to tie the original part of the plot with the end of the film gives it a half-finished feel, but this didn’t make me enjoy the film any less.

Even though I wasn’t necessarily the target audience, I would still highly recommend Hart’s movie as the perfect way to get your fill of raunchy humor and escape the summer heat.