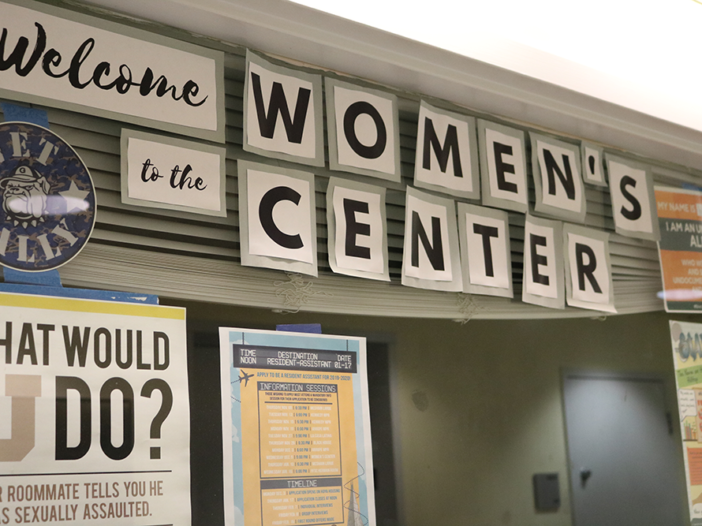 Subbaraman’s appointment as director of the Women’s Center comes over a year after former Director Laura Kovach resigned in October 2018. The center, which provides support, programming and resources for women on campus, has not had a director since Kovach’s departure. Three undergraduate students working at the center have maintained its operations, two of whom were hired this semester, as The Hoya reported in October.

Subbaraman’s term as dual executive director became effective as of Nov. 12, and she will continue to report directly to Olson, as she did as the LGBTQ Center’s director, according to an email Olson sent to The Hoya.

Subbaraman has served as director of the LGBTQ Center, which provides resources and programming for LGBTQ students and allies, since the center’s inception in 2008.

Despite her new dual role, Subbaraman stressed the importance of distinguishing the work and function of the two centers to honor their original goals and the students they serve.

“Given the context of a Jesuit institution, it is really key that the Centers exist as the Women’s Center, and the LGBTQ Center: they send clear messages of healing, hope, and growth —since many of these have been areas of pain, marginalization, and difficulty for many decades,” Subbaraman wrote in an email to The Hoya. “The Centers origins—in student activism—have remained at the core of the work, even as they have grown to be more imaginatively aligned with institutional mission and vision.”

Last year, Olson and Assistant Vice President for Student Affairs and Dean of Students Jeanne Lord created a working group of students, faculty and staff to decide the next steps for both the Women’s Center and the LGBTQ Center, according to Subbaraman. Following its reassessment, the working group issued recommendations that the two centers keep their distinct identities under one executive director, Subbaraman said.

The university looks forward to seeing Subbaraman apply her experience running the LGBTQ center to her new role as dual director, according to Olson.

“Shiva has provided visionary and caring leadership for our LGBTQ Resource Center for more than a decade, moving it from an initial idea to a vibrant and visible presence on campus,” Olson wrote. “I am confident that she will bring her talents to this new role in a very effective way.”

In recent months, Subbaraman has provided guidance to the Women’s Center alongside her work with the LGBTQ Center, according to Caroline Sarda (COL ’20). Sarda, who has worked at the Women’s Center since her sophomore year, is currently the center’s most experienced staff member.

The new leadership framework will improve the centers’ ability to serve the Georgetown community and better meet the changing needs of students, according to Subbaraman.

“The two Centers have historically worked closely together because our students are not ‘single issue’ people,” Subbaraman wrote. “This structural alignment would allow us to meet the complex and diverse needs of our students more fully.”

While Subbarman’s appointment is an opportunity to recognize the intersections between the work of the two centers and deliver more diverse programming and services, two separate directors would better serve the community in terms of balancing the workload for each position, according to Sarda.

“I think this is a good way to establish better coordination between the two centers in terms of programming,” Sarda wrote in an email to The Hoya. “However, I think it is still important to have additional, separate directors for each center, in order to better manage workload, day-to-day operations, and student support.”

As a result of understaffing and the lack of any full-time staff members, student workers at the Women’s Center have only held co-hosted programming with the LGBTQ Center this semester. Additionally, student staff members from the LGBTQ Center have taken shifts in the Women’s Center to make up for the vacancy in the director position, as reported by The Hoya in October.

The university is also taking steps to expand the full-time staff at the Women’s Center by forming a search committee to search for a new associate director, according to Subbaraman; the committee will be co-chaired by Director of the Center for Multicultural Equity and Access Charlene Brown McKenzie and College Vice Dean Sue Lorenson.

The LGBTQ Center also recently hired Amena Johnson as a full-time assistant director. Johnson’s work will be focused on building programs, peer education and developing retreats, according to Subbaraman.

Both the LGBTQ Center and the Women’s Center need more full-time support to reach their full potential as resources for students, according to Sarda.

“I think this is a step in the right direction; however, I think it is still very necessary to have more staffing dedicated to the two centers,” Sarda wrote. “Students need and deserve a strong support system on this campus, and I think it is important to continue devoting more university resources to growing that system, which includes providing more full-time staff in both centers.”

This article was updated Nov. 15 to include details on the university working group and to clarify references to The Hoya’s earlier reporting.