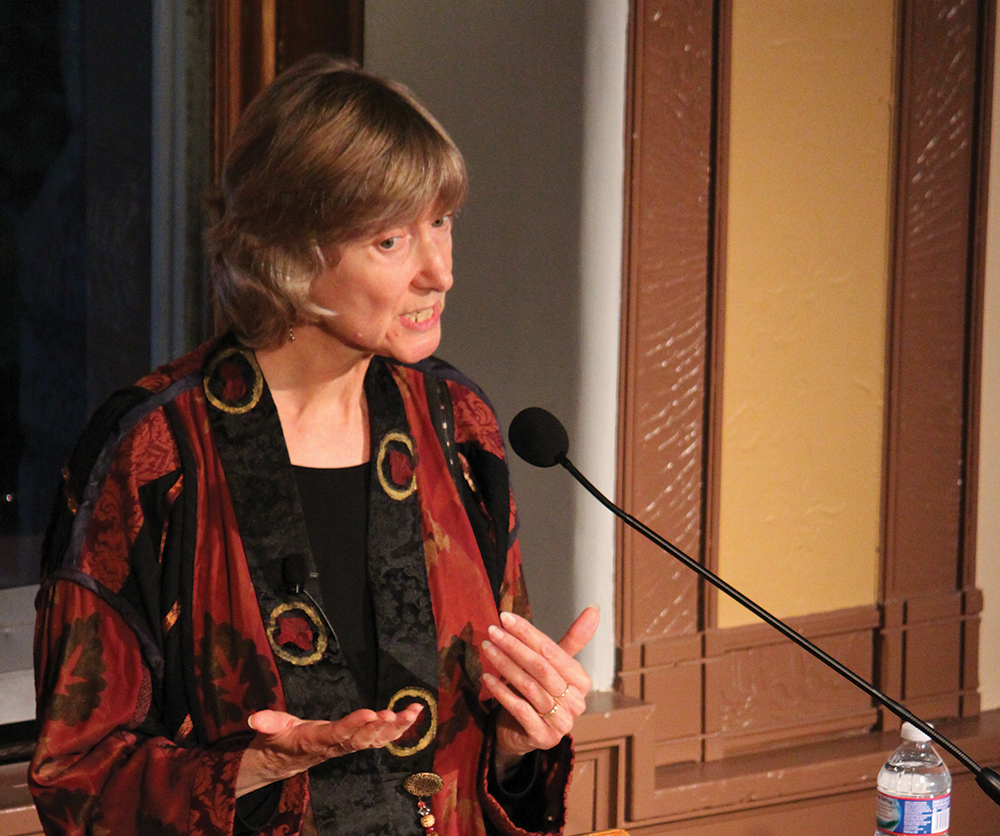 Deborah Tannen, a professor in the department of linguistics at Georgetown, analyzed the multifaceted nature of American Jewish speech on Wednesday evening in theBioethics Research Library.

While Tannen has recorded many of her conversations over the years, she honed in on one particular conversation at a Thanksgiving dinner table as the catalyst for her work.

“My goal was to simply describe each individual’s conversation style and the effect that it had on the interaction. Somehow I ended up writing about New York Jewish conversational style,” Tannen said.

Tannen played audio clips of the Thanksgiving dinner for audience members, explaining that New York Jewish conversational style could be described as a “high involvement style,” characterized by interruption and short pauses between speakers. Tannen noted that each person took different length pauses in conversation, which can lead to frustration and make communication difficult.

“How do we decide, as adults in conversation, when the other person is done and when to begin?” Tannen asked. “Any time there is a slight difference in the amount of pause that’s expected … the person that’s waiting to speak is getting frustrated.”

Tannen also addressed the interrogative nature of the New York Jewish style, where speakers often ask questions in order to express interest in the person speaking.

Tannen also played a conversation among three Jewish New Yorkers and a woman from California to demonstrate how people who do not utilize similar conversational styles often find it hard to join the conversation of those who do. In her example, the New Yorkers were unsure of the name of a building and, while the Californian woman knew the information, she could not interrupt and share her information because she was not used to the style of conversation.

“If you share a sense of rhythm, and a sense of when it’s OK to talk along or not, you can take part in a conversation whether or not you know anything about what’s being said,” Tannen said. “If you don’t share conversational style, you cannot participate in the conversation, even if you do know.”

While Arthur is not Jewish, she said she enjoyed the lecture precisely because of it was about something unfamiliar to her.

“It’s always pretty fascinating for me to go to some kind of gathering where there’s a certain group that’s gathering,” she said. “It’s kind of neat to be the outsider and observing those interactions.”