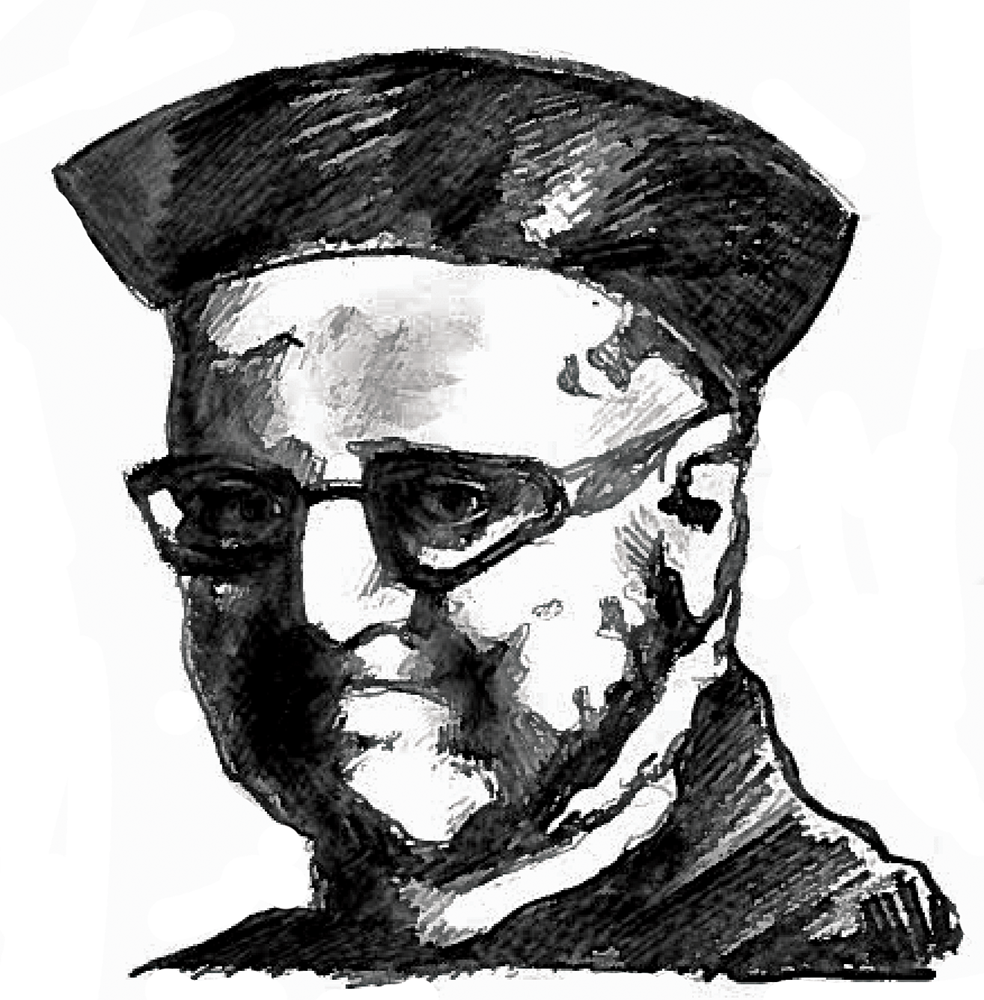 Fr. Augustine J. Ferretti, S.J., began his career as a Jesuit priest at Georgetown University, enrolling in a graduate program during World War II. Though accusations of abuse would not emerge until six decades after he left Georgetown, Ferretti would eventually become one of the church’s most serial abusers, with dozens of accusations spanning decades.

Ferretti, who was ordained in 1941 and died in 1982, did not ultimately complete his planned doctorate in philosophy, according to graduate student and alumni directories. Ferretti was at Georgetown from 1944 until 1947, according to Jesuit records.

University President John J. DeGioia first acknowledged Ferretti’s time at Georgetown in a December 2018 email, three years after church authorities in Helena, Mont., named Ferretti in a report on abusive priests. Georgetown first learned of the abuse in 2018 from the Maryland Province, according to a university spokesperson.

Allegations against Ferretti were first publicly reported in 2009 in a lawsuit against the Oregon Province of the Jesuits, which oversaw Ferretti while he was assigned to a Native American reservation during the 1970s in Lapwai, a small town outside Lewiston, Idaho.

Dorothea Skalicky, one of the women who first brought the suit against Ferretti, said she was first abused in 1973, when she was 6 or 7 years old.

“Ferretti lured Dorothea to the church premises, under the pretense of inviting her to ‘play’ at the church, for the purpose of sexually abusing Dorothea,” the suit said.

The suit was later combined with several similar cases into a monthslong lawsuit that invited all survivors of clerical abuse in the Oregon Province to come forward within a period of six months. The combined case ultimately resulted in one of the largest settlements in church history, with more than $166 million paid to over 500 victims of sexual abuse, most of whom were Native American. Because the case was resolved in a bankruptcy court, the province did not have to release internal documents associated with any abusive priests or survivors.

The church is ultimately responsible for the duration of Ferretti’s abuse, according to Skalicky.

“This may not have even happened if they would’ve done something instead of just, ‘Okay, let’s kick him out of here because he did this and then put him here,’” Skalicky said in an interview with The Hoya. “So that is very frustrating.”

Ferretti would abuse children numerous times a week, according to lawyer Leander James, who represented survivors of Ferretti’s abuse in the later suit.

“It’s kind of like having a lion in the zoo,” James said in a phone interview with The Hoya. “And you let a bunch of children in the zoo, and then open the lion’s door and let him walk around the zoo. Well, kids are going to get killed, eaten, because that’s what the lion does.”

Mia Sonneck, who alleged in a 2008 lawsuit that Ferretti abused her while he was counselling her parents in 1973 and around the time he baptized her in 1974, referred to him as a “child predator of the worst kind.”

When the Jesuit order began an effort to expand into Native American communities, it attracted many priests interested in drawing closer to vulnerable children with few adults, according to John Allison, an attorney involved in the bankruptcy case.

“They tended to assign priests who wanted to go to these far-off places for bad reasons and it was a real confluence of bad choices that put the Native American children who were among some of these priests directly in the crosshairs,” Allison said in a phone interview with The Hoya.

Using a government program that granted Jesuits authority to distribute food vouchers on Native American reservations, Ferretti leveraged his power over children and their families, including one of James’ clients, the attorney said.

“He used quid pro quo at times to facilitate his abuse,” James said. “She was able to have access to food vouchers only if she did him sexual acts.”

Many of the survivors in the bankruptcy settlement, which ultimately named 64 priests, had been abused by Ferretti, according to Allison.

“Unfortunately there were also a number of serial pedophiles who were responsible for a good number of those claims, and Father Ferretti was one of them,” Allison said.

Because Ferretti’s period of abuse began several decades before the settlement, many survivors of his abuse were not accounted for, Allison said. This meant that many victims were deceased and unable to include their record in the bankruptcy suit that included 34 accusers, according to the Spokesman-Review, a local paper in Spokane, Wash.

The bankruptcy case, which involved a significant number of Native American victims, exemplified the pattern that perpetrators often target the most vulnerable, according to Timothy Walton, an attorney who represented survivors of Ferretti’s abuse in the combined case.

“The children who have very little in terms of a support group around them and who are always looking for attention from adults because of it — those are the ones the perps go for,” Walton said in an interview with The Hoya.

The survivors of Ferretti’s abuse displayed a telling similarity in their accounts, according to Walton.

The power of the priesthood and the vulnerability of Native American children were critical to Ferretti’s pattern of abuse, according to James.

“It’s a sociopathic victimization of children to dominate, control and have power over them,” James said. “And he used the religious medium as his access to kids — not only his access, but in the sense of his elevated status given to him by the church, particularly on a Indian reservation, to sexually dominate and control children.”