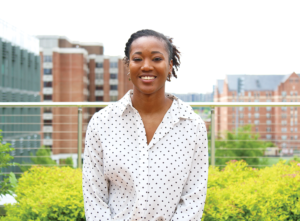 Many reflections I have heard during my time at Georgetown University have been the same. They focus on moments of intensity, turning points, specific achievements or failures that mark a rare or momentous occasion. It is easy to turn to these consequential moments as a metaphor for an entire experience. While there is value in that, I find that my reflection best comes from thinking about the things that have been consistent for me at Georgetown.

Since I was a freshman, almost every Tuesday and Sunday night from 9:30 p.m. to 11 p.m., I have been in Yates Field House playing basketball. Coming into Georgetown, basketball was something I felt that I needed. Who would I be without a team to rally around? How else would I flex my muscle as a washed up high-school athlete?

What stemmed from a desperate attempt to find something familiar in a vastly unfamiliar place grew to be a space that felt like home. Club basketball gave me the confidence I needed to pursue the unknown. Many practices were fun, but, of course, some seemed to drag on for hours. We have had some great games, but definitely more losses than wins. Trying to maintain numbers at practice and keep people engaged for the past two years as president of women’s club basketball has been some of the hardest work I’ve ever done.

Yet basketball has also given me some of the best friends I have made here — people that I would have no other reason to connect with outside of the sport. I will never forget the long bus rides to James Madison University, telling stories of old high school teams and hearing from upperclassmen about what to expect in the next four years. I have even been lucky to find one of my best friends, with whom I have lead the team since junior year. The joy I have gotten out of those relationships and the energy I get from this hilarious group of women have anchored my time at Georgetown in the most endearingly mundane way. Through the drudgery of sending emails, arranging tournaments and inconsistent attendance, basketball has been the high point of my weeks here.

Another of the other most consistent things here for me has been the mental space of activism on campus. From my first sit-in as a freshman in University President John J. DeGioia’s (CAS ’79, GRD ’95) office to change the names of Mulledy and McSherry Halls, to working recently on the GU272 referendum, my time at Georgetown has been marked by pushing the university towards racial, class, gender and disability justice.

Almost as often as I played basketball, I was disappointed by the lack of action on the part of the university in response to glaringly obvious and merited student concerns. Instead of the joy I felt at Yates, these moments were marked by placating emails from the university that promised action but excused themselves by saying how slow-moving that action so often is.

I had no idea coming to Georgetown that the university that claimed to care for me as a whole person would so consistently fail to address my concerns, leaving me wondering whether I could trust any kind of institution again. Like basketball, the thing that sustained me through these moments was not faith in the Jesuit values or assurance from an email, but the community of beautiful, intelligent, expressive and loving friends I made in the process. We could only look to each other, and I am so glad we did.

I mention all these memories to say that what defined Georgetown for me was definitely not the big moments, accomplishments or failures. It was not even necessarily the quotidian activities I committed myself to. When I look back and try to parse out what has changed me the most, it is always my relationships. I want to say thank you to those who I have gotten close to, who loved me, challenged me and saw who I could be before I saw it in myself. I am only grateful to Georgetown because it brought me to you.

Allysa Lisbon is a senior in the College.