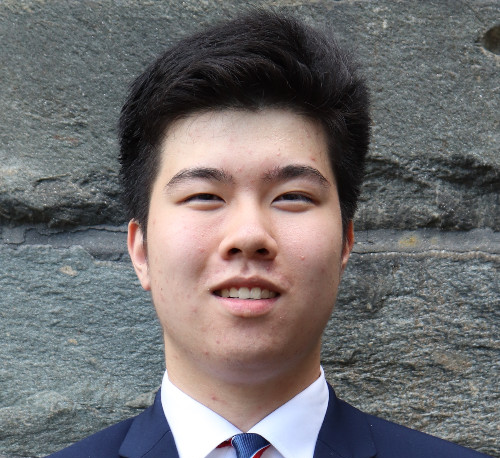 Georgetown University student Victor Liu (COL ’22) and his sister arrived in the United States after being barred from leaving China for three years.

While visiting their dying grandfather in June 2018, Sandra Han, the siblings’ mother, was detained by Chinese authorities. Government officials subsequently banned Liu, a classics and economics student, and his sister, Cynthia, from leaving China in an effort to force their father, Liu Changming, to surrender to criminal charges for his alleged financial crimes. Changming, a former executive at a state-owned bank, is one of China’s most-wanted fugitives for his involvement in a $1.4 billion fraud case. He fled China and has been in hiding since 2007.

The Asian American Student Association Political Awareness Committee declined to comment when contacted by The Hoya.

According to former United States Ambassador to the United Nations David Pressman, a U.S. based lawyer who has helped lead the Liu’s legal efforts, Victor and Cynthia’s release is a long-awaited outcome.

“At long last, two young Americans are back home in America, once again able to enjoy the daily blessings of freedom we all too often take for granted in this country,” Pressman wrote in an email to The Hoya. “After years of painstaking and difficult work by many people, it was a privilege to be able to finally embrace Victor and Cynthia and welcome them home.”

Former Ambassador Marc Ginsberg, who is serving pro bono as the siblings’ main legal representation, declined to comment on the case when contacted by The Hoya.

Foreign policy experts and scholars of international law like Diana Fu, associate professor of political science at the University of Toronto, have raised questions about the timing of the Liu siblings’ release, however, alleging that the release was linked to a Sept. 24 Justice Department deal that allowed Meng Wanzhou, a Huawei executive who was involved in a fraud case related to the company’s sale of communications equipment to Iran, to return to China. The Department of Justice denied any link between the two cases, according to The New York Times.

The international community must learn from the Lius’ situation and develop specific strategies and rules around the use of exit bans, according to Thomas Kellogg, executive director of the Center for Asian Law, a teaching and research center at the Georgetown University Law Center.

“There needs to be a way to send a clear and unified signal from the international community that exit bans against foreign citizens — and against China’s own citizens! — are not an acceptable way to deal with diplomatic spats or economic disputes,” Kellogg wrote in an email to The Hoya. “China needs to change its approach, and the U.S. and other key allies need to continue to press China to abide by its obligations under international law.”

Throughout the last three years, Georgetown has been in regular contact with Victor and has continually advocated for his release by meeting with both U.S. and Chinese government officials several times, according to a university spokesperson.

University President John J. DeGioia (CAS ’79, GRD ’95), who visited with Victor in Beijing during a November trip to Asia, welcomed the news of the Liu siblings’ release.

“We have awaited this moment with great anticipation, for Victor and our entire Georgetown community,” DeGioia wrote in an email to The Hoya. “We look forward to welcoming Victor back to campus.”