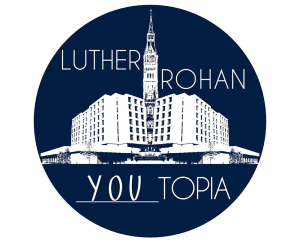 Joe Luther (COL ’16) and Connor Rohan (COL ’16) are leading the 2015 Georgetown University Student Association executive race with 23 percent of likely voters choosing their ticket, according to a door-to-door poll conducted by The Hoya on Monday night.

The poll sampled 616 students, with only 391 identifying as likely voters. Of likely voters, 158 were freshmen, 86 were sophomores, 112 were juniors and 28 were seniors.

“Well, we are happy that people share our vision for a Youtopia on campus,” Luther said.

“I think that this is a great intro to the Stewards,” Rohan said. “I am expecting an email from them. Or a phone call.” 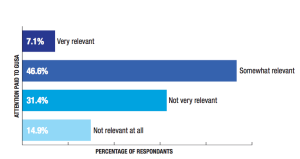 “I don’t know if I would describe it as much as apathy, but what is inherently a difficult progress to measure, which is the quality to which we as an organization are advocating on behalf of students,” Tezel said. “I think that if you took a poll of students and said how do you feel about how student affairs has been operating in the last year, I think you would see that the unsure number would go down from there. The energy we’re seeing around this most recent election shows that students have a lot of opinions about how things should be run and that this is the one outlet to it.”

Of the 150 likely voters not following the election closely, Luther and Rohan again came first with 36 percent, Wadibia and Cheney came second with 15.3 percent, Margolis and Shymansky came in third with 14.7 percent, McNaughton and Simons ranked fourth with 12.67 percent and Rosenberger and Varghese finished last with 3.3 percent, while 18 percent of these voters remained undecided.

“I think this is another example of people just being turned off by GUSA and the usual campaign season,”  Luther said of the discrepancy. “Ignorance is bliss, and we hope to talk to the informed voters on why our platform is the strongest.”

Margolis said she believes her team can push ahead by two points to win the election.

“I think it’s encouraging that we’re so close to first place,” Margolis said. “We have a really, really awesome team that has put in an incredible amount of work, and I’m happy that it seems like a lot of Hoyas are really responding to all our ideas. It’s certainly not too late. Two percent doesn’t seem like too much. We have another 36 hours, and I’m optimistic.”

Simons said that although his ticket is in third place, he believes that the team still has ample campaigning time. He and McNaughton will continue to reach out to students in the next 48 hours before the election concludes.

“Obviously, there’s a lot of time left and there’s still plenty of people who are undecided,” Simons said. “We’ve been really inspired by our support up to this point, and think that we are in a fantastic position to win this election. We know that the poll is only a sample of the Georgetown student population and not fully representative, although it has been an indicator in the past years. What I want to stress is that the next 48 hours are going to be crucial for the outcome of this election.”

Wadibia, whose ticket is also tied for third, agreed and said that he and Cheney will continue their efforts by speaking to students and sharing their platform.

“Chris and Meredith remain passionate about the opportunity to serve the student body and win this election,” Wadibia said. “Our hopes could not be higher. Our staff could not be better, and we look forward to getting to know the people over the next couple days before the election.”

“I think a lot more than 20 percent are undecided at this point,” Rosenberger said. “We just had a big debate; I think we’re going to see a lot of shifting. These polls have a way of suggesting the direction of things up to a point, but I’m not super concerned.”