In honor of the United States’ 239th birthday this July, YouGov, a national database company, asked Americans how they felt about each of the 50 states. The results of the poll revealed New Jersey as not only the most hated state but also the only state with a negative favorability rating.

Now, that may not come as a surprise to you; as a New Jersey native, I certainly wasn’t shocked.

MTV’s Jersey Shore soiled our reputation. But there is more to New Jersey than gyms, tans and laundry. Nonetheless, few care to acknowledge its successes.

New Jersey’s contributions to sports are often overlooked. After the Nets and the Metrostars fled the state, the Devils are the only recognized habitants. People forget the Giants’ and Jets’ shared MetLife Stadium is not in New York, but in the Meadowlands of New Jersey.

New Jersey is also the home of many of baseball’s best players.

Los Angeles Angels outfielder Mike Trout, a 2014 and 2015 All-Star Game MVP, grew up in Millville, New Jersey. Trout, the son of former Twins minor league player Jeff Trout, grew up shagging fly balls for the local high school team. He’d become the star of his high school team before the Angels drafted him in the first round in 2009.

Before the 2015 Home Run Derby champion Todd Frazier played the hot corner for the Cincinnati Reds, he won the 1998 Little League World Series as a part of the Toms River, New Jersey team. Frazier also attended Rutgers and still resides in Toms River.

After starring in this year’s All-Star events, Trout and Frazier shared a chartered plane from Cincinnati to New Jersey so they could spend the rest of their break at home.

And perhaps this generation’s most iconic player, the recently retired Derek Jeter, was born in Pequannock and spent his summers in New Jersey as a child.

Not only are these three players great, they are also immensely popular. Frazier is commonly referred to as “the Toddfather” by fans, players and newspapers alike. Trout’s jersey has been one of the most sold jerseys since his debut. And Jeter’s popularity speaks for itself.

Frankly, this should not be surprising. Although there has never been a major league team that has called New Jersey home, baseball had its beginnings in New Jersey.

Baseball’s origins in America actually date back to as early as 1791 when a Massachusetts town banned playing the game within 80 feet of its meeting hall.

The game was immensely popular, especially in newly industrialized areas like the New York metropolitan area. For approximately the next 50 years, adults and children alike played a game that resembled today’s baseball.

The game underwent significant changes in 1845 when official rules were adopted. Alexander Joy Cartwright, a volunteer firefighter and a bank clerk, created a formal set of guidelines.

And in the 160 years since hosting the first game, New Jersey has continued to be a force in baseball.

It has produced the eleventh most Major League baseball players, behind states whose populations far exceed New Jersey. It has the fourth most Little League World Series winning teams.

Despite New Jersey’s invaluable contributions to baseball, only the parkway, accents and aggressive drivers are remembered. Maybe the rising stardom of Trout and Frazier will reveal the relevance and importance of Jersey. 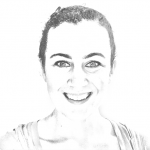