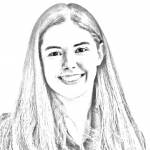 Something always bothered me about the quintessential college introduction process. “Hi, nice to meet you. What’s your major?” As if the absolute most interesting thing I could disclose to a new acquaintance was my chosen field of study. (Far from it, actually — as a math major, the usual response is a loaded “Oh,” followed by consolation that “at least [I’ll] have a job.”)

Asking someone’s major is simply a classification, our way of listing that person in our own mental filing cabinets. This classification system is not only often full of bias but can also be widely inaccurate when it comes to dealing with people.

Science, technology, engineering and math majors may have it the hardest: if you don’t attend a very STEM-oriented school, you are often asked why you don’t attend a very STEM-oriented school, or why you chose to attend the school you do attend. These types of questions miss the point that STEM students are just like other people. They make decisions based on a combination of interests both within and outside of their field of study. Part of the reason this happens comes from the idea of the lone scientist in a lab, forgoing all other activities to frantically and obsessively run test after test in pursuit of the truth, needs to be forgotten.

Boiling science down to lab experiments and dissections is akin to saying that English is simply a few grammatical rules and some vocabulary. Science not only involves so much more than that, but it also holds the potential to change the world. I believe good scientists understand the complex relationship between scientific discovery and society as a whole.

Such misunderstanding of another’s interests is born from a much broader and more evasive problem: our tendency to make the mistake of letting our major or choice of career define us. Perhaps more importantly, we shouldn’t let it define other people for us either. Your actual degree is really just a piece of paper with some ink on it. Even though putting it that way immensely waters down the amount of work and dedication it took to receive that degree, I think it’s safe to say that we’re all more than that. We are more than our major, we are more than our job and we are more than our career. Rather, we are a conglomerate of all these things — with, of course, some added bonuses like personality, hobbies and family history.

Just as the English major isn’t always bent over Chaucer, the science major isn’t always bent over test tubes. More generally, we need to stop simplifying away all of our complexities in this manner. Let’s get rid of the labels we assign to one another — major, career, job title — in favor of a case-by-case understanding of who we are. The next time you meet someone new, try asking something a little more personal: who his favorite superhero is, or what he always wanted to be when he was growing up. It’ll at least make for a much more memorable conversation. And honestly, it’s perfectly fine to ask what someone’s major is; I just don’t want you to make the mistake of letting that one fact define a whole person for you.