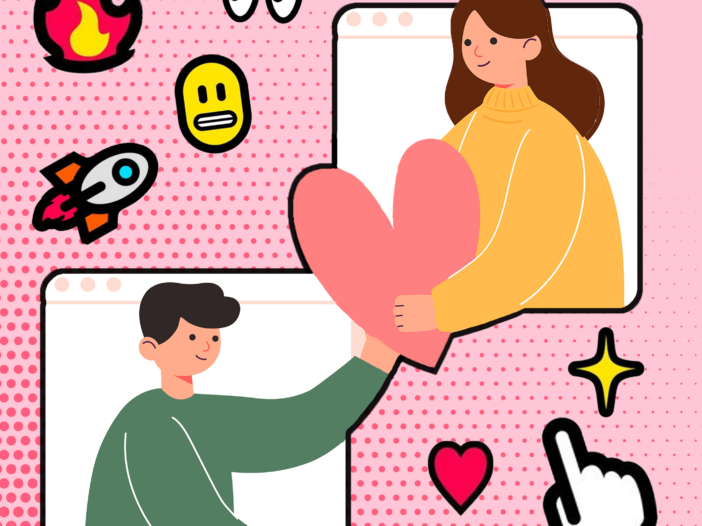 “Would you rather leave someone at the altar or be left at the altar?” The answer to this question and 49 others matched Georgetown University students with their optimal romantic partners through a matchmaking algorithm: the Marriage Pact, which has been implemented at universities nationwide.

A “marriage pact” is an agreement between two people that they will marry each other if they are not married by a certain age or date. But the traditional version of a marriage pact seemed ineffective to Liam McGregor, who co-founded the Marriage Pact in 2017 while a student at Stanford University.

“Doesn’t it take a bit of hubris almost to believe that your best friend or the person you happen to be sitting down with to make a marriage pact is actually the best person for you to make that kind of agreement with?” McGregor said in a Zoom interview with The Hoya. “So, the question was, can we find that person for you?”

After seeing many of her friends at other universities getting matched through the Marriage Pact, Rebecca Glickman (COL ’23) was inspired to bring the survey to Georgetown, so she contacted the Marriage Pact on Instagram and found that it was already interested in coming to the university.

The Marriage Pact survey was released to the Georgetown community on March 9. On March 17, Georgetown students received an email revealing the identity of their optimal match and in which areas the match was especially compatible.

In total, 2,467 students took the survey, accounting for nearly 33% of the undergraduate student population. Although students had a variety of different reasons for partaking in the survey, the Marriage Pact has provided the Georgetown community with a unique shared experience amid the isolating COVID-19 pandemic.

McGregor and Sophia Sterling-Angus began the Marriage Pact as a project for their “Econ 136: Market Design” class in 2017. By asking students a series of questions about values and perspectives, they aimed to identify each student’s most compatible match out of other respondents based on an algorithm.

Unlike most dating services, the Marriage Pact is unique because it asks personal questions about values and is not based on physical appearance, according to McGregor.

“They’re not first-date questions. They’re tenth-date questions,” McGregor said. “You can’t go on a first date with everybody, let alone a tenth date, to work up the level of intimacy and familiarity to ask some of these really hard-hitting questions.”

From its inception to its current day iteration, the Marriage Pact survey has posed questions related to political opinions, personality, religion, abortion, ambition, sex, humor and drug use. The survey also poses situational questions, like whether the respondent would run a red light if no one else were around or whether the respondent would care if their child were gay.

The Marriage Pact immediately proved popular on Stanford’s campus, with over 4,000 students, more than half of the undergraduate population, participating in the first iteration in 2017. Before the pandemic, 3 to 4% of all participants ended up in a yearlong relationship with their match, which is three times more people than those who just meet up through other dating services like Tinder, McGregor said.

After Marriage Pact’s success at Stanford, it spread to several other schools, including Dartmouth College, Columbia University, the University of Virginia and Tufts University. There are over 1,000 pending requests to bring the Marriage Pact to other universities around the country, according to McGregor.

These students collaborated with McGregor to produce Georgetown-specific questions to supplement the more general survey questions before the survey was released to Georgetown students.

Georgetown was one of 38 schools with more students from the top 1% of the income scale than the bottom 60%, according to a 2017 New York Times report. Some of the survey questions that were specifically included in the Georgetown survey therefore pertained to wealth and politics, according to Glickman.

“I liked the questions that asked about school and wealth and stuff like that because that’s just such a prominent disparity at Georgetown, and I think that’s where people’s opinions differ,” Glickman said in a Zoom interview with The Hoya. “Obviously, political ones are very important to Georgetown because, you know, the political environment here.”

One of the survey’s first questions asked respondents to choose whether they wanted to be matched with someone of the same race, but according to Seitel, the seven of them deliberated on whether it was appropriate to include, even though all other Marriage Pact surveys include it.

The Marriage Pact denied The Hoya’s request to access detailed data regarding participants in and responses to the Georgetown survey.

In addition to helping produce new questions, the seven students also collaborated with two people from Marriage Pact at Stanford on advertising efforts, according to Seitel.

“We just gave them ideas of things that could be more applicable to Georgetown, like Healy [clock tower] hands, something about MSB and the different schools, rats,” Seitel said in a Zoom interview with The Hoya. “Things that are very Georgetown specific in order to get more people into it with funny, random things.”

The cohort also turned to Cameo for advertising and contracted Reed Alexander, who is well known for his role of Nevel Papperman on the TV show “iCarly,” to encourage students to take the survey.

“You will rue the day if you don’t fill it out,” Alexander said in the Cameo video. “It’s a fun way to meet people, so check it out, and fill it out, and see what happens.”

Ultimately, the Marriage Pact should be considered a success if it leads to just one genuine connection, according to McGregor.

“Is everyone going to marry the person that they get matched with through the Georgetown Marriage Pact? No. But, somebody may. Somebody probably will,” McGregor said. “The question is, do you want to sit it out and know it’s not going to be you, or do you want to sign up and have it maybe be you?”

A Mixed Bag of Motivations

Motivations for taking the Marriage Pact survey vary even in nonpandemic times, but especially now. Some participants were looking for a romantic relationship, while others just answered the survey questions with friends out of curiosity of seeing who they would get matched with, according to Seitel.

“I think so much of the excitement about doing this is because of the pandemic,” Seitel said. “You can just meet friends through it, you connect with people about it off campus or at home or on campus. That’s part of the incentive of why you want to do it.”

Some Georgetown participants, like Harper Wentz (COL ’24), did not have any major expectations when filling out the survey.

“All my roommates did it, so I kind of just did it because everyone was also doing it,” Wentz said in a Zoom interview with The Hoya. “I thought it would be fun to meet someone, but I wasn’t really expecting to find a boyfriend or anything like that.”

Even before finding a match, filling out the Marriage Pact was a bonding experience, according to Elisabeth Quinlivan (SFS ’24), who turned the survey into a game as an opportunity to get to know her roommate better. (Full disclosure: Quinlivan currently serves as a Social Media assistant for The Hoya).

“We sort of guessed or suggested to each other what we’d put for each other, sort of like, ‘How well do we know each other?’” Quinlivan said in a Zoom interview with The Hoya. “I had someone holding me accountable sitting next to me, so I think that had I done it alone, I would have embellished a little bit, but I think it was pretty truthful.”

The Marriage Pact also has the capacity to serve as a unifying experience across a community, especially one that is as disjointed as a college in virtual operations during a pandemic, according to McGregor.

Filling out the survey with friends, without any expectations, was an enjoyable experience in and of itself, according to Seitel.

“We did it for fun, and if something came out of it—great. But it wasn’t the reason we filled it out. I also think a lot of people filled it out—and that’s kind of the point of the Marriage Pact—is people fill it out because other people are filling it out,” Seitel said. “It’s supposed to be this campus experience.”

Though many students originally filled out the Marriage Pact primarily for fun, some students did end up reaching out to and even meeting up with their Marriage Pact match. One of the largest differences in meeting a match through the Marriage Pact, as opposed to other dating apps, is that all participants had to verify their Georgetown identity with their NetID, removing the uncertainty that comes with meeting a complete stranger.

The idea of going on a date with someone you have no connection to can seem scary and even dangerous. Although they have not yet met in person, knowing that her match was a Georgetown community member was reassuring, according to Alexandria Leon (COL ’23).

“She knew people that I knew,” Leon said in a Zoom interview with The Hoya. “It kind of sets it up to be less intimidating than a dating app, where you don’t know the person, and you don’t necessarily know if it’s a safe thing to pursue.”

Others, like Wentz, waited for their match to reach out first. After Wentz’s match contacted her over Instagram, they got brunch together and walked around the monuments in Washington, D.C.

“It was good because I probably wouldn’t have met him if it wasn’t for the Marriage Pact. Especially with online school, it’s hard to meet people,” Wentz said.“I thought he was nice and I could see us hanging out again. We actually have since we first spoke—have actually hung out again.”

The Marriage Pact is likely to return to Georgetown next year, according to Seitel.

“At Stanford they’ve done it every year, and it gets to be really fun because every year more people do it,” Seitel said.

Quinlivan ended up matching with a mutual friend, whom she ran into at an event and became friends with. Even though taking the Marriage Pact again might discount the novelty of having just one Marriage Pact match, it also provides another opportunity to make more friendships, Quinlivan said.

“This mutual friend, and all of his friends, are now all of my friends, too, which has been really nice just to form new connections,” Quinlivan said. “I have made so many friendships from this random survey that I would consider doing it again, especially next year.”