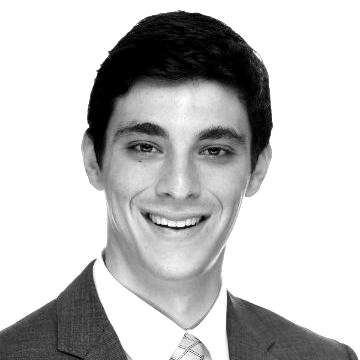 Once again, the Washington Nationals have made an early exit from the MLB playoffs. A dramatic ninth-inning appearance by the greatest pitcher of our generation — the Dodgers’ left-handed starter Clayton Kershaw — disappointed the capital’s hopes for a championship.

The game took four hours and 32 minutes to reach its 4-3 conclusion, finally ending at 12:41 a.m. That was over an hour after the last Metro train left the Navy Yard-Ballpark station. Paul Wiedefeld, general manager of the Washington Metropolitan Area Transit Authority, refused to suspend scheduled track maintenance to allow the service to run late to accommodate the baseball fans.

According to The Washington Post, about 12,000 to 15,000 fans would have been counting on the Metro to get home after Thursday night’s game.  To put that in perspective, nearly the equivalent of the entire undergraduate and graduate population of Georgetown University all left after a heartbreaking loss and tried to get into a cab or call an Uber at the same time.

Plenty of people saw this transportation problem coming. Nationals star Bryce Harper encouraged fans to take an Uber. Ace pitcher Max Scherzer told 106.7 The Fan, a local radio station, “God, I would hope to believe that playoff games here in D.C. would mean more than shutting down the lines for a couple hours.”

Beyond public figures, the lack of Metro service captured the attention of the afflicted fans. When the announcement of the last train leaving the station came on the scoreboard during the seventh-inning stretch, fans broke out into a rousing chorus of the classic baseball chant “Metro sucks.”

None of these pleas could sway Wiedefeld, who famously takes a no-nonsense approach to his job. He is known for both implementing the SafeTrack program and asking Congress for $300 million a year to supplement his budget.

His argument against keeping the trains running for Thursday’s game was simple: The Metro has inconvenienced plenty of people before, and giving a special exception on Friday would mean giving special exceptions to everyone.

That argument has a certain logic to it, of course. But the chants at Nationals Park on Thursday night were about more than just one night of expensive cab rides and unbelievable traffic. They reflected months and months of frustration over the abjectly terrible state of the city’s public transportation system. WMATA did not just earn those boos by shutting out thousands of people in one night; it earned those boos through years of incompetence.

The Metro’s problems are both numerous and infamous. The aging, poorly maintained and unreliable underground system has seen a rapid decline in ridership in recent months, constant critical coverage in local media and desperate attempts to salvage any sort of safety and usability. A once impressive subway and light-rail system has been turned into little more than a sad punchline.

Ranting and raving about the Metro is nothing new. Plenty have done so before, and plenty of others will continue to do it for the foreseeable future. When the WMATA’s problems bleed into baseball, however, they deserve a deeper look.

Playoff baseball in D.C. is both relatively new and incredibly special. While the Nationals may struggle to advance past the National League Division Series, the fact that Nationals Park is hosting games in October should be celebrated — especially if this town hopes to create a lasting baseball culture.

Celebrating playoff baseball and further developing a sports culture involves decisions like rearranging maintenance schedules in order to provide transportation for fans leaving the park. Being a sports town sometimes requires buy-ins from the top, as well as from the fans.

Wiedefeld is not paid to support the Nationals, or any other sport for that matter. It does, however, need Washingtonians to return to the Metro in order to restore the system to viability. When Metro continues to build ill will among the very people it hopes to draw onto its trains, then that truly is worthy of Wiedefeld’s attention.

WMATA had a chance to earn some rare and much-needed positive press on Friday. It missed that chance, shocking absolutely no one in the DMV region. After all, is anyone really all that surprised anymore when the Metro disappoints? 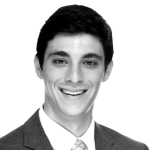