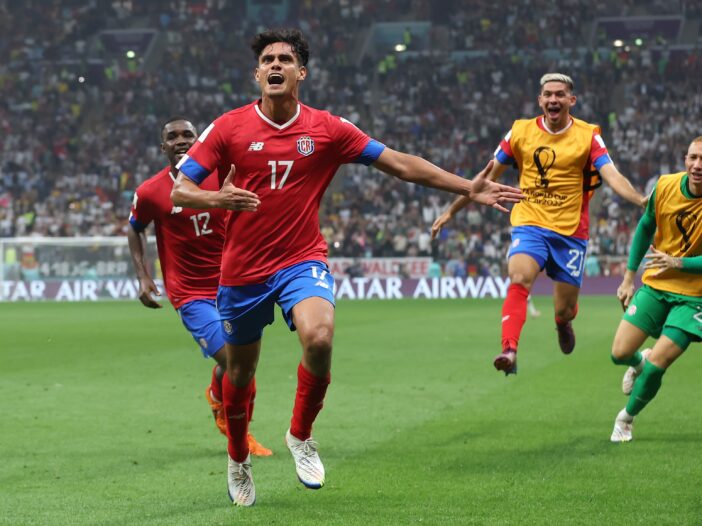 Ever since former FIFA President Sepp Blatter revealed that the 2022 World Cup would be held in Qatar, Western media channels have unleashed a barrage of criticism aimed at the first Middle Eastern nation to host the tournament.

While silence is never an option in the face of injustice, I fear that the media’s criticism overshadows legitimate avenues toward institutional change. By treating Qatar as a scapegoat for all that is wrong with soccer today and, at times, verging on white saviorism, we have failed to recognize how exploitation runs deep within the sport.

I point out these double standards certainly not as an excuse for the human rights abuses in Qatar but as a plea for a level of introspection. As Americans, we fancy ourselves as the protectors of human rights, all while ignoring the plight of our own people and our role in creating these systems of exploitation abroad. It is a mistake to view Qatar in a vacuum isolated from the global economic system, rooted in Western colonialism, that fuels these social problems.

Central to the criticism of Qatar is the Gulf state’s criminalization of homosexuality. Harmful practices like conversion therapy are not only commonplace but state-sponsored. An Oct. 24 Human Rights Watch Report found that Qatari authorities had arbitrarily arrested, physically abused and forced conversion therapy on those suspected of being queer.

These are egregious human rights violations. Queer Qatari people and fans across the world, despite the government’s unfounded claims otherwise, are clearly not welcome in Qatar. However, we would be amiss to ignore that our moral outrage is laced with hypocrisy.

The U.S. will co-host the next World Cup in 2026, but I struggle to imagine that Western media will publish stories decrying anti-LGBTQ+ persecution in our own country. 2022 is set to break a record for anti-LGBTQ+ legislation after state legislatures across the country have introduced hundreds of bills that would restrict discussion of LGBTQ+ issues in school curriculums and limit transgender students’ access to athletics, among other constraints.

Conversion therapy remains legal across much of the U.S., and queer people routinely face deadly violence. Less than two weeks ago, a gunman killed five people in a Colorado Springs LGBTQ+ nightclub.

A second point of controversy has been the exploitation of migrant workers. There is blood on the hands of the Qatari government. Anything short of widespread media attention on the injustice and the need for increased access to a workers’ compensation fund would be a failure to honor the lives lost and the people the government continues to exploit.

Although the Qatari government claims that only three migrant workers died from work-related incidents, journalists estimate that 6,500 migrants, mainly from South Asia, died between 2010 and 2020 to make the World Cup possible. While quick to call out this injustice, the Western media has consistently turned a blind eye to the over 1,800 migrants who have drowned in the Mediterranean Sea this year or the over 800 people who have died attempting to cross the U.S.-Mexico border.

Western media channels have also criticized the patriarchal system of male guardianship in Qatar and the prosecution of sexual assault victims for extra-marital sex, all while perpetuating sexist narratives and erasing women’s place in the sport in their own coverage. Yet, fans still worship players like Ronaldo and Neymar, both of whom have been accused of rape, while rates of domestic violence increase significantly whenever there’s a game. And let’s not forget the institutional failure of U.S. Soccer to protect its own players from abuse on home soil, in a country that has just revoked the right to reproductive healthcare.

Although maybe well intentioned, specific methods of criticism are also tinged with cultural imperialism, asserting that the white man will “save” the Qatari people. The assumption that the only way to protect Qataris is to erode their local culture obstructs the work of local activists. According to an anonymous queer Qatari, well-meaning protests have harmed local activists through a blatant misunderstanding of local culture and the imposition of the Western worldview.

For example, Australian Peter Tatchell, instead of using his privilege to uplift the voices of Qatari activists, stood outside a public museum condemning Qatar as “anti-gay” to a mostly Western audience online. He ignored advice that unauthorized public demonstrations are illegal, and his consequent arrest detracted from the issue at hand, allowing the government to focus on the illegality of the protest rather than queer activism.

We must also face the uncomfortable truth that the 2022 World Cup is not a cause but merely a symptom of the money and power dynamics that drive the beautiful game of soccer. I believe in the power of soccer to change lives, but we must look beyond Qatar to see all that is wrong with it. Ultimately, Qatar’s labor practices and human rights records were no secret to FIFA when it chose, or rather accepted bribes, to award Qatar, one of the wealthiest nations on Earth, the bid for the World Cup without a single stipulation to prevent exploitation.

The issues plaguing the 2022 World Cup will persist long after the final whistle of the tournament. Fans will return home, however, the media frenzy will fade, and viewers will forget about the people of Qatar and the social problems within soccer. I don’t know where the answer lies, but I do know that to create effective change, we have to keep talking about the issues that permeate our beloved sport so that one day the World Cup can be just that, a cup for the whole world to enjoy and take pride in, no matter one’s gender, sexual orientation, race, nationality or socioeconomic status.