For as painful the Deflategate drama was to endure for eighteen months, it’s hard to fault Tom Brady for contesting the NFL’s decision as long as he did. At 39, it’s worth fighting tooth and nail for every last healthy game left in the tank, and sure, a second cheating scandal on his resume isn’t all that great for the resume as he starts prepping for Canton.

But deep down, there’s another reason Brady couldn’t stomach the idea of another quarterback starting four straight games for the Pats: The world might find out just how much the Patriot’s success has been predicated on Belichick’s genius all along.

For as enigmatic a man as he might be, Bill Belichick can always be relied on to do two things: dress like a homeless man and make quarterbacks look good.

Through five quarters this season, Belichick had former FCS quarterback Jimmy Garoppolo looking like 2007 Tom Brady, as the previously untested signal-caller threw for four touchdown passes and a 70% completion percentage before getting knocked out of last Sunday’s game.

As much as some might like to believe Garoppolo learned a thing or two from Brady as his backup for three years, let’s instead look at the head coach with a history of turning B-list quarterbacks into brief one-season stars.

Bill Belichick got his first head coaching job in 1991 with the Cleveland Browns, where he inherited starting quarterback Bernie Kosar. The year prior Kosar had posted a stat line reminiscent of every Browns quarterback ever, with just 2,500 passing yards, 10 touchdowns and 15 interceptions.

But in his first season with Belichick on the other end of the headset, Kosar threw for 3,500 yards, 18 touchdowns and just nine interceptions. Belichick disposed of Kosar the next year, and Kosar never threw for more than 1,200 yards or eight touchdowns in a single season for the rest of his career.

Kosar’s sudden rise and fall isn’t the only instance of “glory only under Belichick” in the coach’s career.

After Brady tore his ACL in week 1 of 2008, Belichick inserted a former seventh round pick Matt Cassel. Despite having never started a single game in the NFL or college, Cassel threw for 3,700 yards and 21 touchdowns while posting an 11-5 record.

The next year New England got a second round pick for Cassel, who in the eight seasons since has played for four separate teams and only once thrown for 3,000 yards on his way to being relegated to back to backup status.

One can’t help but begin to wonder how sixth-round pick Brady would have fared under another head coach. After all, Belichick did steer the Patriots to their first Super Bowl while Brady was still a rather unimpressive rookie.

It’s doubtful that the now hall-of-fame quarterback would have done as poorly as Kosar or Cassel on another team, but the fact remains that the Belichick machine is automatic when it comes to taking the league’s discarded quarterbacks and churning them out as successful passers.

What fans are being presented with now is a major inflection point in Belichick’s career.

With untested quarterback Jacoby Brisset performing Thursday against the Houston Texans managing the New England offense en route to victory, it’s going to be hard not to view Belichick as the ultimate “Quarterback Whisperer,” capable of winning games with just about anyone under center.

For over a decade, both Belichick and Brady have been the faces of the NFL’s most elite franchise. Four Super Bowls later, it’s assumed that the two — in tandem — have delivered greatness to Foxborough.

But with every win with another mediocre, untested quarterback, Belichick might be hinting at who’s responsible for Brady’s rise to heroism, and who deserves more of New England’s glory. 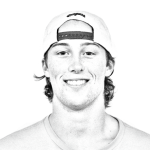 Jimmy McLaughlin is a junior in the College. Upon Further Review appears every other Friday.