The NFL’s most muted star, Marshawn Lynch, may not be willing to say anything to reporters, but his mother has shown she most certainly is. This past week, in a social media tirade reminiscent of Amanda Bynes’ infamous meltdown, Lynch’s mother, Delisa Lynch, demanded that Seahawks’ offensive playcaller Darrell Bevell be fired after a controversial fourth-down run call cost the Seahawks the season opener in St. Louis.

Granted, there may be some substance to Ms. Lynch’s request, seeing as Bevell is at least partially responsible for the worst play call in Seahawks (and perhaps NFL) history at the end of last year’s Super Bowl, but instead of drawing attention to the apparent woes in Seattle regarding who’s on the other end of the headset, she has instead made herself the most recent example of a sweeping epidemic in upper-level sports: parent involvement.

One would think it is a problem only familiar to those involved with youth sports; parents wholly convinced that their child is God’s gift to the gridiron and won’t accept anyone else telling them otherwise. But surprisingly, apart from the millions of dollars the players take home at the end of the game and the obsession with proper ball inflation, it would seem that professional and Pop Warner football are one and the same.

Prior to Jay Gruden’s hiring here in Washington, former starting quarterback Robert Griffin III and the Redskins’ front office experienced some friction when Robert Griffin II, the quarterback’s father, began voicing his concerns about then-Head Coach Mike Shanahan’s decision-making. At one point, Griffin’s father even went so far as to walk into owner Dan Snyder’s office and demand he fire Shanahan and hire RGIII’s former college coach Art Briles for the following year.

The parent trap even extends to the college ranks, where just this past summer rapper Sean Combs, better know as Puff Daddy, stormed into the UCLA weight room and swung a kettlebell at strength coach Sal Alosi’s head after hearing his son had been given a hard time at practice. Puff Daddy was removed from campus in the back of a cop car on felony charges, while his son Justin was left to explain to his teammates how one of the richest men in hip-hop can’t seem to keep his cool when it comes to his son’s playing time.

It seems ridiculous that this conversation is even relevant. In any other part of society, let’s say the business world, it would be considered absolutely ridiculous for a man making $31 million dollars to have his mother yell at his boss for him — not to mention completely unheard of. It makes one wonder why it is that when the starting quarterback of one of the league’s most valuable franchises has his dad talk to the owner for him, no one seems to bat an eye.

The frightening thing is that more and more in sports, from peewee to high school to the NCAA and beyond, parents are inserting themselves into the lives of their child athlete.

This past week, NPR published an online report detailing the probability (or improbability) of one’s child making it to the upper levels of sports in America. Somehow, an astonishing 26 percent of parents of high-school athletes said they had dreams of their child star one day playing professionally. Setting aside the fact that their child is more likely to develop Type 2 diabetes from the Powerade he’s drinking in the dugout than pitch for the Yankees one day, shouldn’t it be the kid’s dream to go pro and not that of his parents?

But as more and more parents latch onto this dream of one day seeing their family name slapped across the back of a professional or even college jersey, shocking numbers of parents-turned-agents for their teenage athletes are signing their kids up for specialty coaches at an earlier age and making them specialize in just one sport by the time they are in middle school.

So next time you read on Bleacher Report how an NBA point guard’s mom stormed into the coach’s office and said something out of bounds, or that an NFL wideout’s dad tweeted something scathing about his son’s lackluster quarterback, step back from the TMZ-esque nature of the report and note that this is just another instance indicative of a much bigger picture, a picture that depicts another broken system in America: the parent trap of modern-day sports. 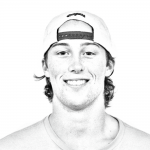