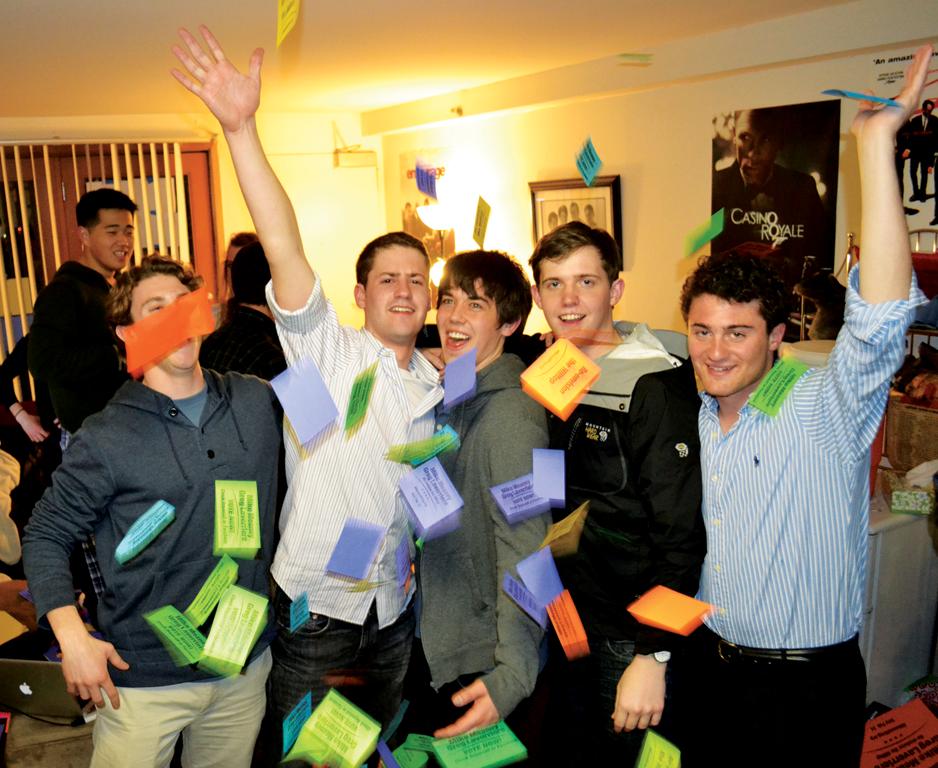 It took four rounds of runoff voting for one ticket to gain a majority, with Meaney and Laverriere receiving 60.6 percent of the vote in the final round. According to the Election Commission, the pair needed 1,331 votes to win.

The ticket with the least number of votes was eliminated each round. Write-in candidates were eliminated first, with Ace Factor (COL ‘12) and James Pickens (COL ‘12) edged out next and Charlie Joyce (COL ‘12) and Paige Lovejoy (SFS ‘12) in the following round. Jed Feiman (COL ‘12) and Henry Sims (COL ‘12) came in second place with 39.4 percent of the vote.

“I’m humbled and I’m grateful. I think our campaign staff did a fabulous job. I want to say thank you to the students at Georgetown and assure them that they won’t be let down,” said President-elect Meaney, who serves as chief of staff for outgoing executives Calen Angert (MSB ‘11) and Jason Kluger (MSB ‘11). Kluger, speaking for the outgoing executives, endorsed the ticket in a viewpoint published in The Hoya on Wednesday.

Just fewer than 39 percent of the student body participated in the election, with 2,893 votes cast. This turnout rate is lower than that of last year’s election, which had a 44 percent participation rate.

“I’m just humbled. I would never have said that I have been fortunate enough to be here. We are going to work [hard] for the students, and this is why we ran, so that we could help students out,” said Laverriere, vice president-elect and chair of the GUSA Senate Finance and Appropriations Committee, where he played a leading role in passing the Student Activities Fee and Endowment reform last semester.

The team ran on a platform of reforming Access to Benefits policies for student groups and evaluating and improving student services. Additionally, they promised to tackle neighborhood relations and the controversial noise ordinance amendment.

The pair will assume office after the GUSA Senate certifies the results of the election at their next meeting.

The losing candidates congratulated the victors shortly after the results were announced.

“We are confident [Meaney and Laverriere] will do a great job and continue to move GUSA in a direction of student advocacy,” Pickens said on behalf of their campaign.

“I’m glad to see that Mike and Greg won. Everyone knows that they worked very hard and I’m happy for these guys,” Joyce said.

Feiman and Sims were unavailable for comment on the results.

In the final hours of campaigning, all of the candidates made a last-minute push to sway voters.

Meaney and Laverriere said that door-to-door campaigning was the strategy that garnered the greatest student response.

“The ability to have one-on-one conversations with other students has been the most beneficial campaign tactic. Most students are happy to discuss the issues and ask questions about the process and/or policy,” Laverriere said.

Members of the Meaney-Laverriere campaign had a table set up on the second floor of Lauinger Library when polls opened late Wednesday night.

Feiman said that his and Sims’ approach to campaigning employed tactics successful in the past.

“We’ve been following the standard format of campaigning at Georgetown: videos, Facebook, handing out quarter sheets, the works,” he said.

The team’s Facebook event had the most attendees of all candidates’, with around 545 students participating. Their two campaign videos on YouTube received the second-highest collective number of hits behind Meaney and Laverriere’s.

Looking at the other campaigns, Joyce and Lovejoy said that their approach was not quite as aggressive.

“Compared to other candidates’ more aggressive tactics, we have sat back a bit. This is not because we don’t want to reach out, but because we recognize that students can be annoyed by relentless solicitations,” Lovejoy said.

The team had only one campaign video, compared to the two that the other teams have.

Laverriere emphasized that this election cycle was more agreeable than most.

“I think it was a testament to the candidates this year, how hard fought it was, how there were no complaints this time,” Laverriere said. “When’s the last time you can look back and say that the candidates weren’t attacking each others characters?”