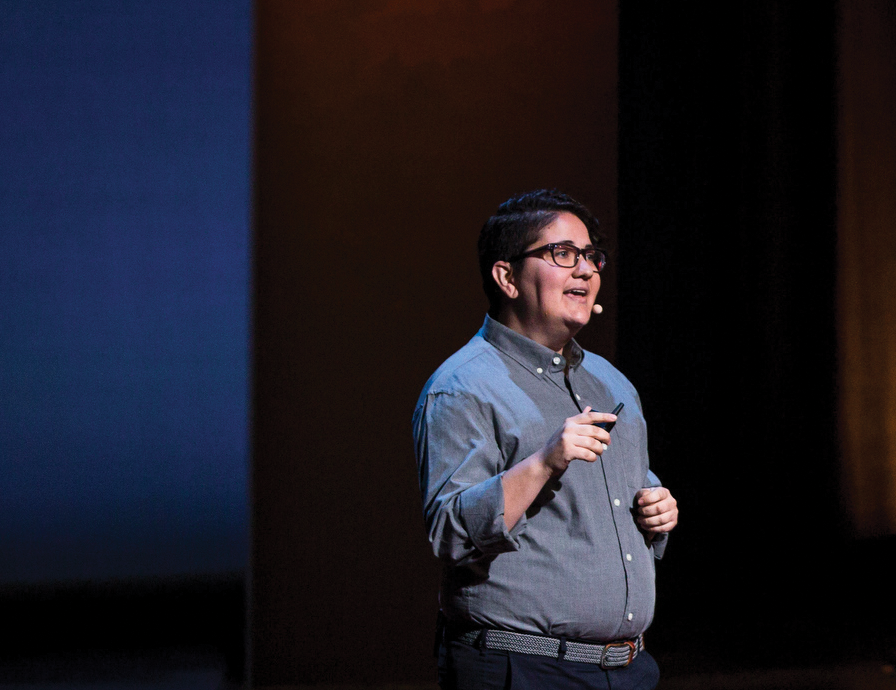 Increasing diversity in news media can transform publications to be more representative of the experiences of all readers, a panel of professional journalists said at an event Tuesday evening co-hosted by The Hoya, the Georgetown Voice and the Lecture Fund.

The event aimed to address the transforming media climate and the state of diversity in newsrooms today. The event featured six panelists: Julia Craven, race and black culture reporter at HuffPost; Carmel Delshad, a reporter and editor at D.C. radio station WAMU; Bhumi Tharoor, a CNN recruiter;Miriam Zoila Pérez, a freelance journalist; and Ron Nixon, a national security reporter at The New York Times. A veteran journalist at The Washington Post and a Georgetown journalism professor Athelia Knight moderated the event.

Journalists from diverse backgrounds can offer a unique perspective on reporting, Delshad said.

“It’s important when you’re talking about recruiting people that come from diverse backgrounds to realize that they can cover things with a nuance, that maybe somebody else who doesn’t have that background might not pick up on those tiny details,” Carmel said.

Nixon, co-founder of the Ida B. Wells Society, an organization that supports journalists of color, said the media industry has become more diverse in recent years. He urged media organizations to continue to include people of color in coverage that is not only on race issues.

“There has been progress, but there has also been regression in terms of getting people into the newsroom,” Nixon said. “But the bigger thing for me is you’re in there, but what are you doing once you’re in there? And not just on the reporting side, but are you in recruitment? Are you an editor? Are you in decision-making positions?”

“The idea that anybody who’s asking questions in a reporting context doesn’t have a perspective that’s influencing what questions they ask, who they ask them of and how they frame it is totally a myth,” Pérez said. “There’s no such thing, in my opinion, of objectivity in that sense that we understand it.”

Socio-economic status can also shape how journalists report on stories, especially those regarding race, Craven said.

“The biggest problems that I’ve seen is the socio-economic aspect of it. Because if you are just, for example, a black person who came from a wealthy background, you may not have a certain understanding of things that go on in the hood,” Craven said. “If you’re covering the hood, you may not understand a lot of the stuff that’s happening there, because that’s not your experience.”

Pérez said the lack of diversity in the media industry is reflected in which stories get covered and how they are received by the audience.

“If you’re writing about rich white men, then that’s the news. Any other issue, that’s a marginalized thing,” Perez said.

Journalism enables reporters to educate the public about the lives of marginalized people, Delshad said.

“I do want to shine a light on stories that I think show inequalities,” Delshad said. “I could go outside and hold a poster being like, ‘Let refugees in’ or whatever, but instead I do work that shows what happens when they get here, how little money they have to get by, what’s their house like.”

Craven said that even though she believes activism and journalism can operate independent of each other, she identifies with the motivations and goals that drive activists to work for change through her journalism.

“I am a reporter, but also that fire that activists have, that passion, that anger, to say that that isn’t what drives me to do my work fairly — I’d be lying to you,” Craven said.