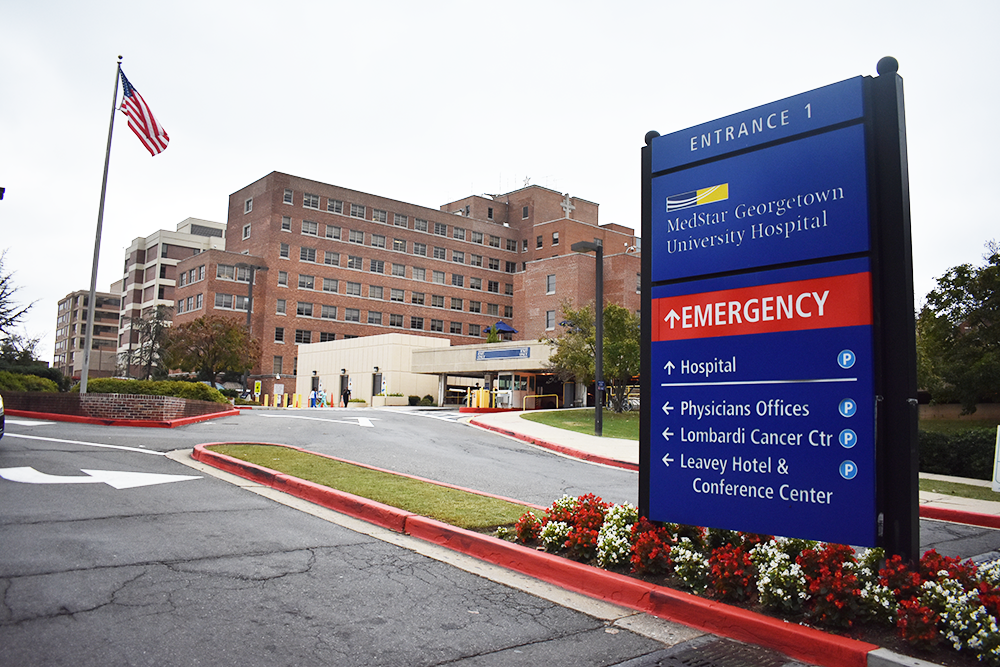 Construction on a new medical/surgical pavilion and helipad at MedStar Georgetown University Hospital will begin in January 2018, in accordance with the 2017-2036 Campus Plan.

The new 477,000-square-foot pavilion is expected to cost $567 million and to be completed by December 2022, two years later than initially estimated.

The project received the District of Columbia City Zoning Commission’s approval in June 2017, after the Georgetown Community Partnership agreed on size and specifications for the project in June 2016.

The GCP, a group of university administrators, students and neighborhood residents created after the 2010 Campus Plan’s contentious drafting and approval process, addressed concerns from the Old Georgetown Board, an advisory committee of three architects who conduct reviews of historical sites for the U.S. Commission of Fine Arts, in March 2016.

The new medical/surgical pavilion will have 156 private patient rooms, a new emergency department, improved operating rooms and a rooftop helipad with direct access to the emergency room.

The new helipad is not expected to add any noticeable noise from flights over campus compared to its current location, according to MGUH President Michael Sachtleben.

The renovation will also include the demolition of the currently abandoned Kober-Cogan Hall, which is expected to be torn down by June 2018. Kober-Cogan previously housed the department of psychiatry and served as part of MGUH.

The updates come after decades without a large-scale renovation of the facilities at the MedStar hospital, the main building of which was constructed in the 1940s.

“We are in aged facilities. In fact, in the main building where my office is and where we still care for patients today was dedicated by Harry Truman,” Sachtleben said during an update on the project Monday.

Parking for the hospital is set to be moved underground, where three levels will be tunneled out under the space between the current hospital and campus buildings, Darnall Hall and St. Mary’s Hall.

Sachtleben said the project will transform MedStar’s medical research capacities while also revitalizing the northern side of campus.

The plan will double the existing green area in the north section of the campus, adding a field where there is now a parking lot between St Mary’s Hall and the current medical center and layers of rooftop green space on the new medical building.

Eric Fisher, managing director of Trammell Crow Company, which is managing the development of the pavilion, said he expects the renovation to create a more pleasant environment for those on the north side of campus because of the new green space and newly constructed Pavilion.

Robin Morey, vice president for planning and facilities management, stressed the project will eventually improve student life despite the sight of construction on the north side of campus for the next four years.

“The investments that MedStar and Georgetown are making in this project will also improve the physical embodiment of the campus itself, by minimizing Georgetown traffic and congestion along Reservoir Road, improving our green space, adding sustainability features, and really making the campus much more-friendly from a pedestrian perspective,” Morey said.

Sachtleben said the emergency room is “overcrowded and antiquated” and the operating rooms are outdated, for example.

“[The limits] really impact our ability every day to deliver on our promise of excellence of care to our parents,” Sachtleben said.