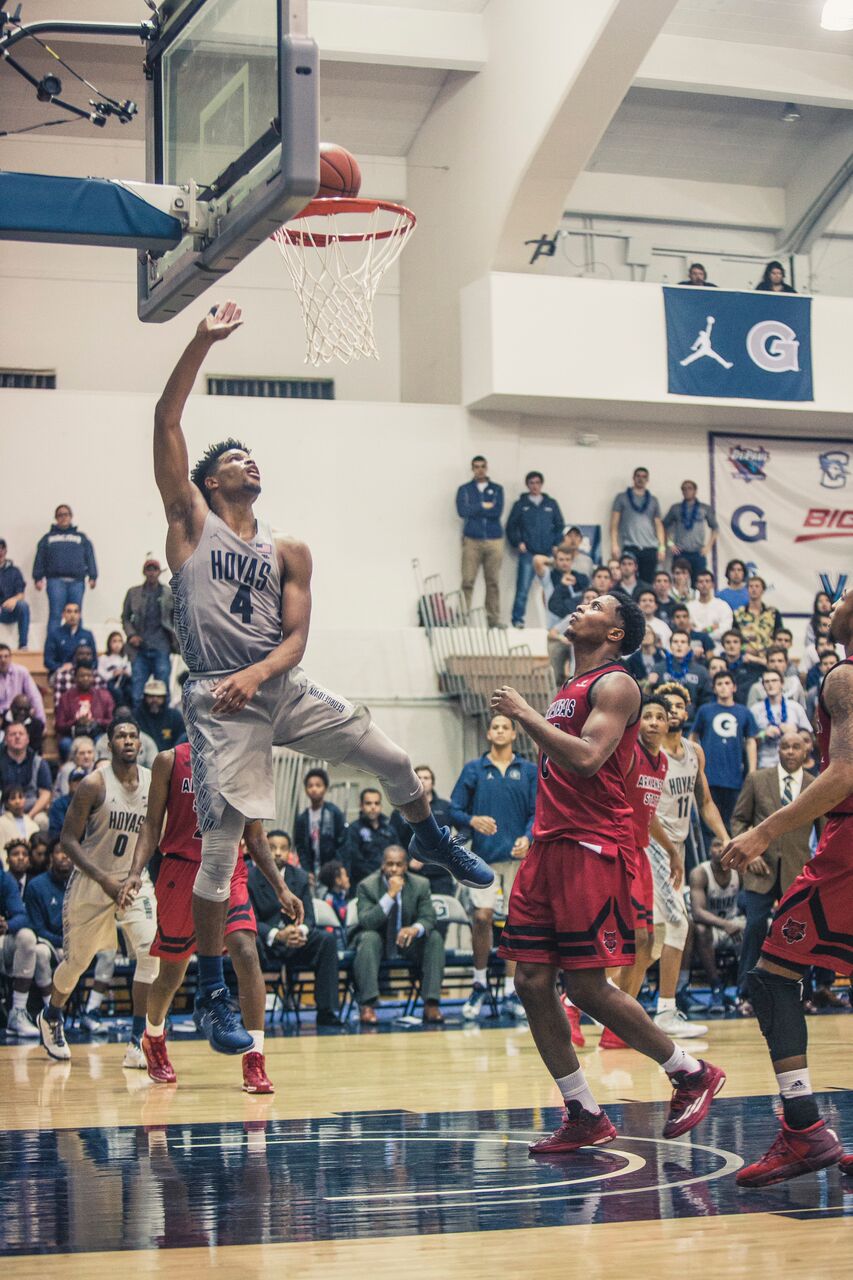 Despite a career day from freshman guard Jagan Mosely, the Georgetown men’s basketball team failed to earn a critical win at home, falling to the Butler Bulldogs in overtime 85-76.

With the loss, the Hoyas drop to 0-4 in Big East play, their worst start to conference play since the 1998-99 season which resulted in then-head coach John Thompson Jr.’s resignation.

While the Hoyas (8-8, 0-4 Big East) entered the final minute of the game with a three-point lead, the team’s inability to rebound and capitalize on late-game possessions allowed the Bulldogs (14-2, 3-1 Big East) to push the game into overtime.

With the Hoyas protecting a two-point lead with 10 seconds left, Bulldogs sophomore center Nate Fowler grabbed an offensive rebound and was fouled by Hoyas sophomore forward Kaleb Johnson, sending Fowler to the line with the opportunity to tie the game with eight seconds left.

“It’s nine seconds, eight seconds left in a game. You get the rebound it’s over,” Georgetown Head Coach John Thompson III said of his team’s potential to close the game out late in the second half. “We don’t. They do. They go to the foul line, and now we’ve got to play in overtime.”

Both teams witnessed career days from their freshman guards as Butler’s Kamar Baldwin led his team offensively, scoring a career-high 16 points on 3-of-4 shooting from beyond the arc. Mosely finished the day with a career-high 20 points on 3-of-3 three point shooting, adding four rebounds.

Georgetown set the tone early in the game with aggressive defense, holding the Bulldogs to just 38.7 percent shooting in the first half. On the offensive end, Georgetown found success attacking the rim, scoring 20 of their 32 first-half points in the paint.

Sophomore forward Marcus Derrickson scored all six of his first-half points in the paint, and graduate student center Bradley Hayes added six of his own along with two offensive rebounds in the opening half.

“We wanted to get Marcus going and BJ also,” Thompson said of Georgetown’s early offensive strategy in getting the ball to the post duo. “I guess we executed that part today.”

Turnovers, however, hindered Georgetown’s early success. The Hoyas gave the ball up four times in the final five minutes of the first half, allowing Butler to stay in the game. On the last possession of the half, junior guard L.J. Peak turned the ball over with 3.3 seconds left, failing to extend the Hoyas’ one-point lead heading into halftime.

In the second half, neither team was able to build nor maintain a lead. Georgetown struggled to find an offensive rhythm, largely due to the fact that its leading scorer — guard Rodney Pryor — was held to zero points.

“I’m not sure,” Thompson said of Pryor’s offensive struggles. “When we get back to campus I need to talk with him to see if something is going on because it’s one thing for him not to score, you have those nights, but the game is about more than putting the ball in the basket.”

In overtime, Butler exploited Georgetown’s weaknesses and held the Hoyas to two points in the first four minutes of the extra period. Georgetown’s monumental defensive collapse resulted in many fouls, sending Butler to the line a total of 16 times in overtime. The Bulldogs went 13-of-16 from the free throw line, preventing a comeback from the Hoyas.

The Hoya offense failed to perform in pressure situations, shooting 3-of-11 from the field in the extra period. Despite the team’s offensive breakdown, Mosely’s individual effort offers hope for the team’s future success as he continues to develop as a leader on the court.

“When things start to go down we talk about coming together, so I think that can be the voice on the team being the point guard, but obviously today I didn’t do a good enough job since we lost the game,” Mosely said.