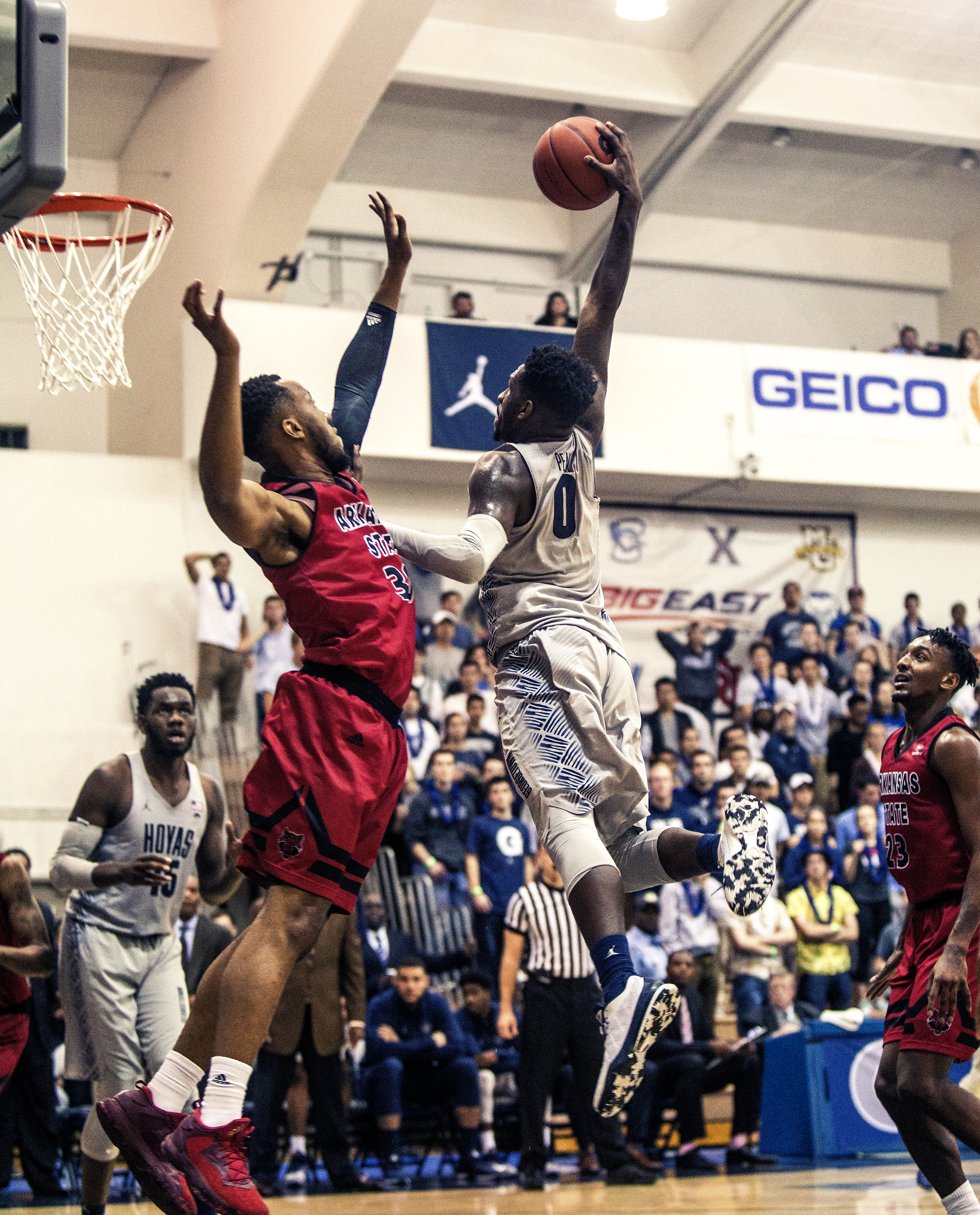 Adding yet another chapter to a historic rivalry, the men’s basketball team travels to play the Syracuse Orange this Saturday. Despite no longer taking place in the same conference, the matchup still holds the same level of anticipation and excitement.

“The history behind it,” graduate student Bradley Hayes said of what makes the rivalry special. “I think it’s different for each individual person.”

Georgetown (6-4) is currently on a four-game winning streak, with its latest win coming against LaSalle (4-4). Against the Explorers, junior guard L.J. Peak led all scorers with 24 points, while also adding three assists on the offensive end. On Saturday, Thompson expects another offensively productive game from Peak.

“I think L.J. is playing at a really high level right now in all aspects of the game,” Thompson said.

In a game where Georgetown’s leading scorer — graduate student guard Rodney Pryor — got into foul trouble, Peak stepped up and controlled the Hoyas’ offense down the final stretch to seal the win.

Though this Saturday will be Pryor’s first game in the storied rivalry, he understands the hype surrounding the game despite the Orange being in a different conference.

“We’re still going to take on that challenge that it’s a Syracuse-Georgetown rivalry,” Pryor said. “It just brings energy to the game and everybody is a competitor so were just going to go out there and compete hard.”

Syracuse — a team that advanced to the Final Four last year — has struggled with consistency on both ends of the floor, suffering losses to Connecticut and Wisconsin. A bright spot on the Orange offense is sophomore guard Frank Howard, who currently leads the ACC in assists per game with 6.8. On defense, Howard is second in the ACC in steals with 2.2 per game, and Thompson is well-aware of the strengths of Syracuse’s 2-3 zone.

“Traditionally, they are amongst the leaders in steals. You want to get it into the heart of the zone, but you watch tape after tape and when you get it in there, it gets stripped,” Thompson said.

In order to limit their turnovers, the Hoyas must pass the ball with care and strike a good balance between perimeter shots and points in the paint.

Pryor turns much of his individual focus toward making good decisions on the offensive end while still playing aggressively.

“I know right now I’m leading the team in scoring, and the team is looking at me to be aggressive, but I have to be smart because sometimes careless shots can lead to easy transition layups or easy transitions threes,” Pryor said. “Just taking what the game gives me, not forcing anything.”

Saturday’s game marks the first since junior forward Isaac Copeland announced his plans to transfer at the end of the academic semester. The announcement comes after he witnessed a sharp decline in playing time this year, earning zero minutes in the game against LaSalle.

“Obviously we were shocked,” Hayes said. “That’s our teammate, that’s our family, but at the end of the day he needs to do what he thinks is best for him.”

Despite any potential distractions the announcement may have brought to the team, Pryor said the team is just focusing on the next game.

“You got to block stuff like that out. It’s life. Stuff like that is going to happen,” Pryor said. “We just have to be prepared to do our job.”

Syracuse currently leads the all-time series 49-42. In its last visit to the Carrier Dome, the Hoyas won by a score of 57-46 in 2013, which ended the Orange’s 38-game home winning streak, the longest active home win streak at the time. Georgetown also claimed victory last year, beating Syracuse 79-72 at the Verizon Center.