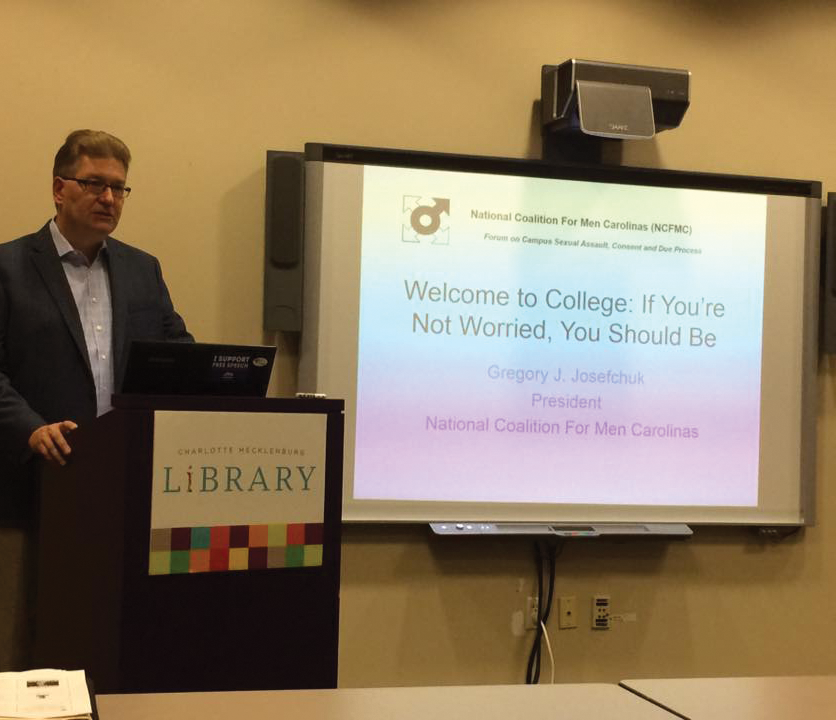 The National Coalition for Men, a nonprofit organization that advocates for men’s rights, filed a Title IX complaint alleging that Georgetown University discriminates against men in its hiring practices and by supporting organizations that provide outreach to women.

“Georgetown University is in violation of Title IX because it offers resources, funding, fellowships, and scholarships that are available to women only, even though men are a minority both nationwide [42 percent] and at Georgetown University [44 percent],” according to the summary of the complaint.

According to the U.S. Department of Education, nationwide in 2018, 43.56 percent of undergraduates in both two- and four-year institutions are male.

The complaint, filed to the Department of Education’s Office for Civil Rights on Oct. 3, lists 18 university-affiliated institutions through which, it claims, Georgetown violates Title IX or that, according to the complaint, violate Title IX themselves.

Georgetown has not yet been formally notified of the complaint by the Office of Civil Rights. If the OCR deems the case a violation of Title IX, the university will be notified, according to Campus Safety Magazine.

Title IX protects individuals from discrimination based on sex in education programs that receive federal funding, according to the Department of Education website.

The university does not discriminate based upon sex, a university spokesperson said.

“Georgetown University is committed to an inclusive learning environment free from discrimination,” the university said in a statement. “Georgetown programs do not discriminate on the basis of sex and organizations on campus focused on gender equity are open to all genders.”

The document accuses the university of hiring practices explicitly biased in favor of women and endorsement of outreach organizations such as Asian Women in Business, American Business Women’s Association, the Society of Women Engineers and Women in Technology.

“Georgetown University violates Title IX by expressing an unlawful preference for women in its employment/hiring practices: ‘it is the goal of Georgetown University and its departments to advertise, recruit vigorously, and employ qualified candidates, particularly minority persons, women, veterans, and persons with disabilities,’” the complaint reads. “This bias is systemic, since all applications go through the affirmative action process.”

Even though the intent of these institutions may not be to discriminate, their designation as women’s groups is enough to warrant a Title IX response, according to the document.

“The fact that these scholarships and programs are endorsed as ‘Women’s’ is sufficient, in and of itself, to infer disparate treatment,” the document reads. “Such endorsement has a clearly dissuasive/discriminatory effect on males.”

Once a complaint is submitted to the Office for Civil Rights, government officials evaluate if they will further investigate. If the complaint passes for an investigation, the OCR will notify parties involved with a letter, according to the Campus Safety Magazine. If the OCR determines that a Title IX violation occurred, it will seek negotiations and attempt to sign a written resolution agreement with the school and the group filing the complaint.

The complaint also condemns Christine Fair, the School of Foreign Service professor who tweeted violent imagery about male senators during the hearings this month for then-Supreme Court nominee Brett Kavanaugh. Fair was placed on research leave after the tweets were condemned by faculty, students and alumni.

Fair should be terminated as a result of her “terroristic threats,” according to the complaint.

This story was updated Oct. 31, 2018 at 3:34 p.m. with a new photo and to correct a previous statement that said that the National Coalition For Men includes a Washington, D.C. chapter. The organization does not have a D.C. chapter.