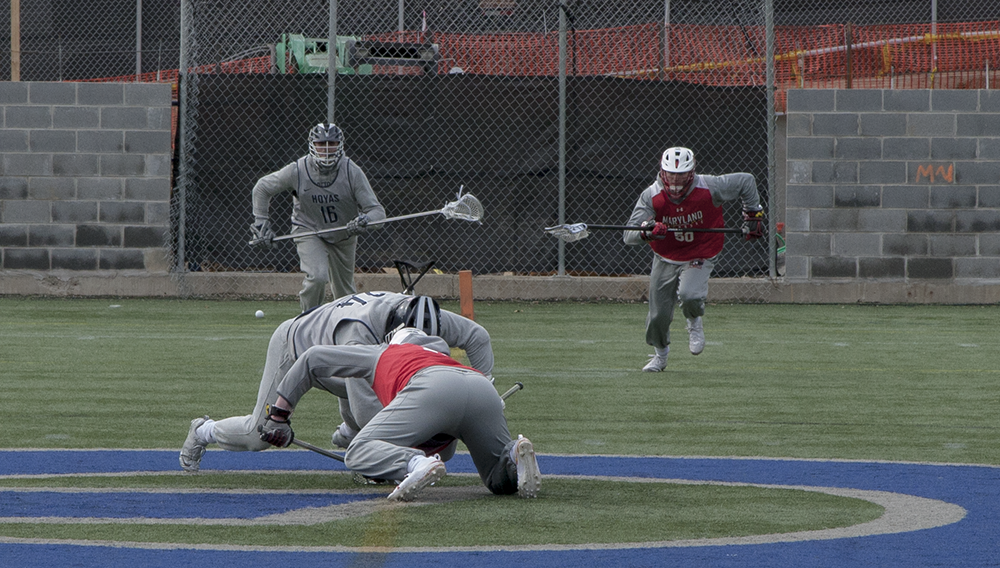 Last season, the Georgetown men’s lacrosse team pulled off a dramatic turnaround. After a disappointing 2017 season in which the Hoyas finished 4-10 and last in the Big East conference, the team put together a 12-5 season in 2018, including a Big East championship and an NCAA tournament berth. This season was the first time the program has achieved these feats in over a decade.

The turnaround came on the heels of a stifling defense led by goalie Nick Marrocco and young players like junior attackman Jake Carraway stepping up on the offensive end.

Georgetown’s first game of this regular season will be against Sacred Heart on Feb. 9 at Cooper Field. The next game, also at home, will be played against Robert Morris, who finished last season ranked No. 19. The Hoyas beat RMU by a single goal in last year’s matchup. In conference play, the men’s team will face off against a slate of perennially strong programs, including Marquette, Denver, Loyola and Villanova, all of whom finished in the top 25 in 2018.

However, the Blue and Gray will miss Craig Berge, the team’s top scoring midfielder in 2018 and a United States Intercollegiate Lacrosse Association third team All-American, who graduated last year.

On the defensive end, the team will look to build upon last year’s success — the defense was ranked eighth in the nation with 8.12 goals allowed per game — but it will be without some of the last season’s key components.

The largest void to fill is the one left by the graduation of Marrocco, a four-year starter who last year became the only goalie in program history to garner USILA first team All-American honors.

The returning starters, sophomore defenseman Gibson Smith and junior defenseman Stephen Macleod, will look to pilot the defense to another strong season. Also returning is Head Coach Kevin Warne, who leads the team in his seventh season.

Warne came to the Hilltop in 2012, becoming the twelfth head coach in the program’s 50-year history. Warne was on the “hot seat” before last season but his success in turning the program around and winning his first Big East championship quieted all rumors.

With the Big East conference looking strong and tough nonconference matchups to open the year, a return to the NCAA tournament is not guaranteed for the Hoyas. While the offense is returning with plenty of firepower, the losses on the defense pose a potentially significant obstacle for this year’s team.

However, if new faces are able to step up and the team achieves last year’s level of consistency, then Georgetown should be able to repeat — and hopefully surpass — its 2018 successes.