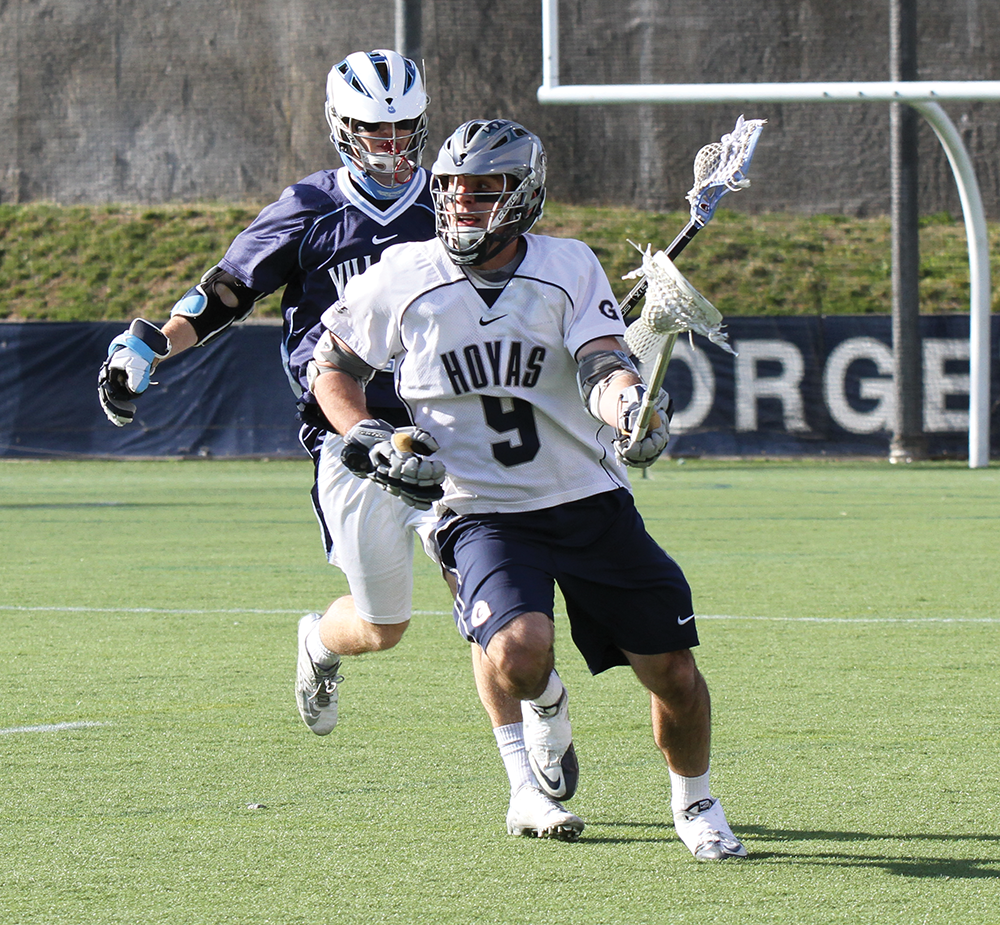 The Georgetown men’s lacrosse team will play host to Mount St. Mary’s (0-1-0, 0-0 NEC) on Wednesday, marking the beginning of the regular season, as well as the start of Head Coach Kevin Warne’s second year at the helm of the program.

Warne was named the head coach of the team after a two-year tenure as an assistant coach at the University of Maryland, during which the Terrapins made back-to-back appearances in the NCAA lacrosse championship game. During his first season at Georgetown, Warne led theHoyas to their first Big East tournament appearence since 2007.

Now returning for his second year, Warne hopes that his team will improve upon last season’s performance.

Wednesday’s game could be the first step toward achieving that goal. Mount Saint Mary’s finished last season with a 6-9 record, which included a 14-6 home victory over Georgetown. The Mount struggled on the road, however, winning only one of its eight road games. This year’s rematch will give Georgetown the opportunity to utilize the home-field advantage.

Rather than focusing on how his team matches up with the Mount, Warne is more concerned about how Georgetown’s performance during Wednesday’s opener will set a standard for the rest season.

“Every team is different,” Warne said. “We’re different than last year as well. … Early in the season, you have to trust a little bit more in what you do well rather than focusing on your opponent.”

Mount St. Mary’s comes into Wednesday’s match following a 16-3 loss to No. 6 Maryland on Saturday. The young team, which lost 17 seniors to graduation last year, will play a difficult schedule this season that includes games against No. 13 Johns Hopkins, No. 8 Virginia, Towson and Drexel. The Mount will be looking to its remaining upperclassmen to steer the rest of the team through the season.

Warne is also looking to his team’s leaders to guide the Hoyas to a strong performance.

“In the beginning of the year, I think it’s really important to see your leaders play well or at least set the standard for how we’re going to handle a gameday atmosphere,” Warne said. “I think they can set [that] standard by playing hard effort-wise, making sure guys are in the right spots [and] communicating, especially early on.”

For Georgetown, those leaders include senior defender John Urbank, junior midfielder Charlie McCormick and junior attack Reilly O’Connor, all of whom were named to the preseason all-Big East team. Warne knows that they will be a positive guiding force during the first game of the season.

“The hardest thing early on is getting guys game experience, and they’ve been through a bunch of games here. They played in every game last year,” Warne said of the trio. “Hopefully they can rely on those experiences and help the young guys come along and help them get used to what they can expect during game day … and again, just setting the standard and being the standard so the rest of the team will follow.”

Another factor for Georgetown’s success this season will be the dual leadership of O’Connor andredshirt senior defender Tyler Knarr. The two were voted captains for the 2014 season by their teammates in the fall.

“Tyler and Reilly have done a fantastic job of knowing where this program needs to go and where it needs to be,” Warne said.

Both O’Connor and Knarr had breakout seasons in 2013, when were both named to the all-Big East second team. O’Connor was the first men’s lacrosse player in the Georgetown program to break 50 points in a season since 2002; he led the team with 26 goals and 30 assists. Knarr has made a name for himself as a faceoff specialist, winning 184 of 296 faceoffs during the 2013 season. He also set a single-season record for Georgetown by posting 112 ground balls and earned the ninth spot in the nation with his 7.47 ground balls per game average.

Wednesday will be the first of many opportunities for the Hoyas to improve and work toward their postseason goals.

“At the end of the day, the kids have to see the goal at the end of the tunnel, so to speak, and we want to make sure that we understand that we got to the Big East semifinals last year and we want to get to the finals [this year], so that’s certainly a goal for us,” Warne said. “But in order to do that, we have to win games. We have to be better in April and May than we are in February.”

Warne is confident that the schedule will put his team in a position to do so.

“I think it’s a very challenging schedule. I think it’s a very good schedule, and it’s very geographically diverse, so we get to different areas for our alumni to see their program come back home, so to speak,” Warne said. “We’re excited about the challenges of the 2014 schedule.”