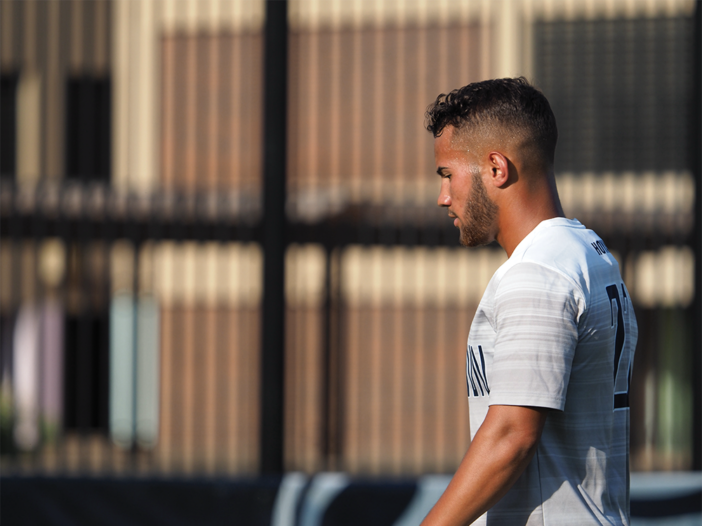 The No. 2 Georgetown men’s soccer team lost its Big East title to the No. 11 Seton Hall Pirates on Saturday, April 17. In a thrillingly close matchup, the Hoyas contested the game until the final whistle but ultimately suffered their first loss of the season to the Pirates 2-1.

This match marked the third meeting between Georgetown (8-1-2, 7-0-2 Big East) and Seton Hall (9-1-3, 5-1-2 Big East) this season. The first matchup resulted in a 2-1 Hoyas overtime victory and the second in a 1-1 draw. Anticipating another closely-matched game, the Hoyas set out to defend their Big East title, while the Pirates looked to earn their first Big East title since 1991.

Georgetown came out firing, dominating the ball and creating many opportunities to score in the first 15 minutes. A shot by sophomore midfielder Aidan Rocha was blocked by Seton Hall’s defense in the 10th minute, and a shot by senior midfielder Paul Rothrock missed just high of the post in the 11th minute.

The Pirates secured the first goal of the game at the 16-minute mark. A well-executed through pass from forward CJ Tibbling eliminated the Georgetown back line, allowing midfielder Camil Koreichi to score on a one-on-one against junior goalkeeper Giannis Nikopolidis.

The Hoyas responded in the 34th minute. A series of quick, sharp passes between the Georgetown front line allowed Rothrock to connect with junior midfielder Zach Riviere who fired the ball into the right corner of the goal from inside the box, evening the score at one.

Despite the Hoyas’ best efforts, the rest of the half remained scoreless. In the 40th minute, Georgetown first-year forward Marlon Tabora Ponce had a good look on goal, but a heroic save by the Pirates’ goalkeeper Andreas Nota kept the score even going into halftime.

Seton Hall broke the tie 62 minutes into the game. Pirates forward Mattias Almeida Sundell dribbled up the pitch and attempted a through pass to Tibbling in the box. Georgetown junior midfielder Sean Zawadzki intercepted the pass, but he was unable to control it in time. Tibbling made contact with the ball and fired a well-executed right-foot shot past Nikopolidis on his left near post, putting the Pirates ahead 2-1.

Now behind, the Hoyas did their best to equalize the game. Their best opportunity came during the 68th minute when the referee awarded a Georgetown penalty kick after Pirates defender Luca Dahn earned a yellow card in the box. Sophomore midfielder Dante Polvara stepped up to take the penalty, but Nota saved his attempt with a dive to his left. Georgetown had another chance to rebound, but Seton Hall’s defensive line blocked the first attempt, and the second landed just wide of the post.

Throughout the game, Georgetown created multiple offensive opportunities, taking 17 shots to Seton Hall’s nine. Ultimately, however, the Hoyas could not convert, and when the final whistle blew, the scoreboard read 2-1 in the Pirates’ favor.

Georgetown Head Coach Brian Wiese congratulated Seton Hall on its win but expressed his disappointment with the result in a postgame press conference.

“Congratulations to Seton Hall. It was a really good game, and we played well for long stretches,” Wiese said. “It’s disappointing. This is the first time our seniors have experienced a loss in the Big East Championship. It’s a hard thing to get your head around, but the good news is we should still play in the NCAA Tournament. Playing in an event like this against a team like Seton Hall is great preparation for making a run.”

The loss denied the Hoyas a fourth-consecutive Big East Championship and marked their first defeat by a Big East opponent since Oct. 27, 2018. Georgetown now turns its attention to the NCAA Tournament, in hopes of defending its 2019 national championship. The Pirates’ victory earned Seton Hall an automatic place in the tournament, marking its first appearance since 1991. The Hoyas received an eighth seed in the tournament and will face the High Point University Panthers on May 2.