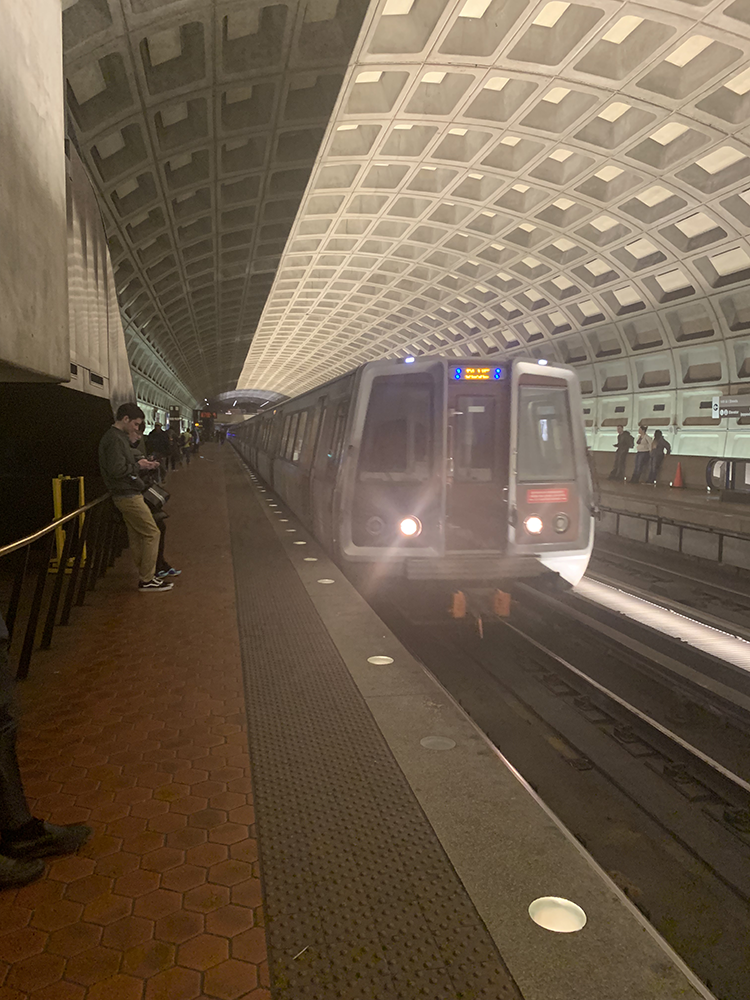 The Washington Metropolitan Area Transit Authority plans to double the number of trains at approximately 12 stations to increase service amid historical lows in Metro ridership.

There will be no fare increases or service cuts in other areas despite these extended service proposals. The proposal is part of a preliminary $3.4 billion budget for the fiscal year 2020, beginning in June, that was preliminarily approved by the Metro board on March 14.

The goal of the budget is to increase service on the Red and Yellow lines and promote use of the metro, which is at its lowest ridership level since 2000, according to WAMU, Washington, D.C.’s primary NPR station. The Metro averaged 595,000 users per week in the second half of 2018, a significant drop from almost 752,000 average weekday rides in 2008, according to WAMU.

The Yellow line would also be extended to Greenbelt, currently the last stop on the Green line, instead of Fort Totten or Mount Vernon Square. The Red line would cease turnbacks at Silver Spring, instead extending the line from Glenmont to Shady Grove.

Though extending the Yellow line will cost upwards of $8 million, the agency expects costs to be somewhat offset by 1.7 million new trips annually, according to The Washington Post. Similarly, the Red line extension would cost approximately $3.1 million, while leading to about 600,000 new trips per year.

The drafted budget is set to be voted on during Metro’s full board meeting March 28.

Under the new budget, the price of SelectPass, the current unlimited monthly rail pass option, would drop from $17.50 to $15. Of the proposed budget, $2 billion is set aside for operating costs, while the other $1.4 billion will be used for capital funding and system improvements, according to a Jan. 16 news release by Metro, which contained a draft of the budget proposal.

Metro is committed to investing money into improving equipment and Metro stations to improve safety and reliability, according to the news release.

A potential proposal for the budget would have restored late night services, which were abolished after the agency’s SafeTrack construction effort in 2016, an accelerated building program which sought to renovate railways after numerous safety lapses.

The proposal was ultimately left out of the budget because the Federal Transit Administration threatened to withhold federal funding if Metro restored late night services. Additionally, adhering to current service times will allow preventative maintenance work to continue.

To compensate for the lack of late night services, Metro proposed to subsidize ride-share services such as Uber and Lyft for late night city workers.

D.C. Mayor Muriel Bowser (D) criticized the idea during her March 18 State of the District speech. Ride-share subsidies are not an adequate substitute for reinstituting late night services, Bowser said in the March 18 speech.

Other proposals missing from the budget include an effort to increase trains to their maximum length of eight cars at all times to boost capacity and an expansion of the peak fare hours during weekdays, according to The Washington Post.

Originally, board members also proposed a $2 flat-fare on Saturdays and Sundays, fixing the cost for all regardless of distance, according to The Washington Post. This action, however, did not make the proposal that was voted last Thursday.