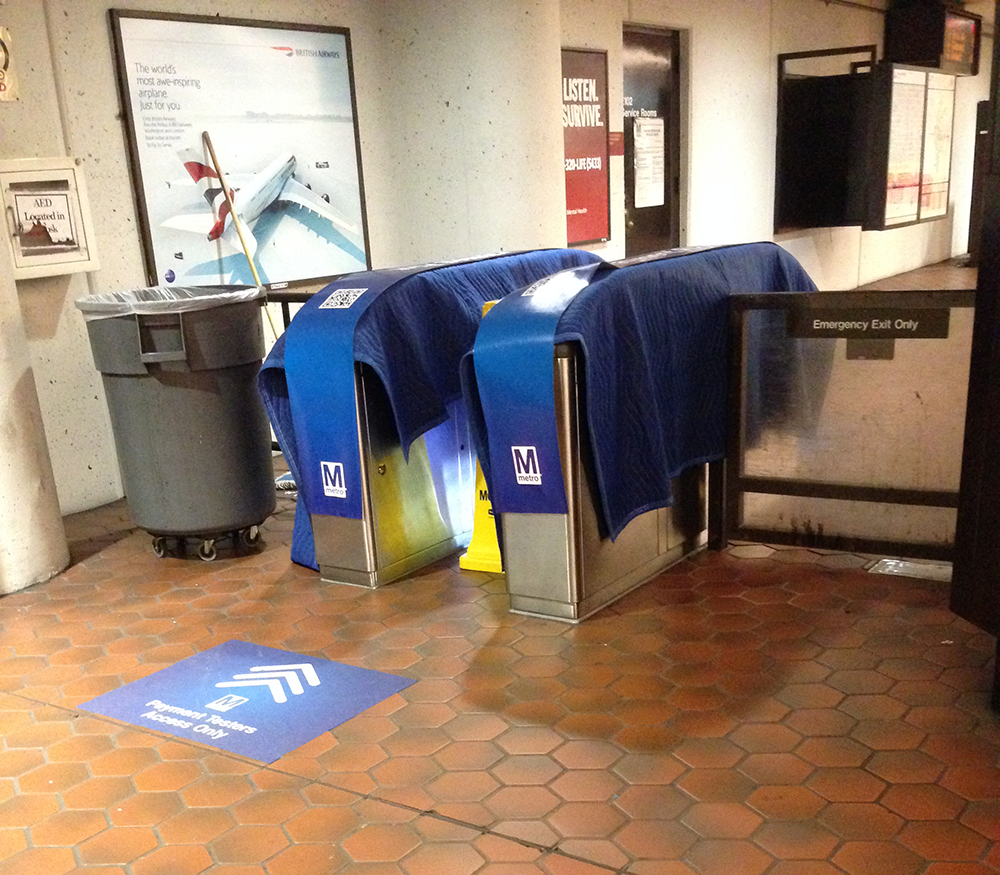 The Washington Metropolitan Area Transit Authority introduced new faregates that allow users to pay with credit cards and smartphones at the Gallery Place Station on Thursday. The move comes in advance of Metro’s payment pilot program that will operate at 10 stations and six bus routes in January.

Together with a demonstration of new payment methods during Thursday’s launch, WMATA announced the expanded payment options in a press release, detailing the new ways commuters will be able to utilize the faregates, including mobile payment options and credit or debit cards.

“The new fare system will allow riders to pay for their trip using a variety of new methods, without the need to convert U.S. currency to Metro fare value,” the press release said. “For example, visitors to the region will be able to enter and exit the rail system and pay for their trip using many types of [Near Field Communications]-equipped or contactless credit or debit cards and mobile devices, all without stopping at a fare machine or purchasing a SmarTrip card. Federal workers eventually will be able to use their workplace ID card.”

Depending on the success of the three-month pilot in January, the payment system may expand to the rest of the transportation system in Washington, D.C. as early as 2017.

“If the pilot is successful, Metro plans to replace the now decades-old faregates and vending machines at station entrances across the system and add new payment targets onboard buses and at parking facilities, starting in 2017,” WMATA wrote.

Additionally, the D.C. Metro board of directors approved a decision last May to phase out paper farecards over the next 18 months in favor of SmarTrip cards.

Olivia Gasser (NHS ’18) frequently uses the Metro and said these new changes will have a positive effect on her commuting experience.

“It really helps because I don’t carry cash around that often, and that’s been an issue for me before with the Metro. But I always have a credit card on me, so this sounds like a great idea,” she said.