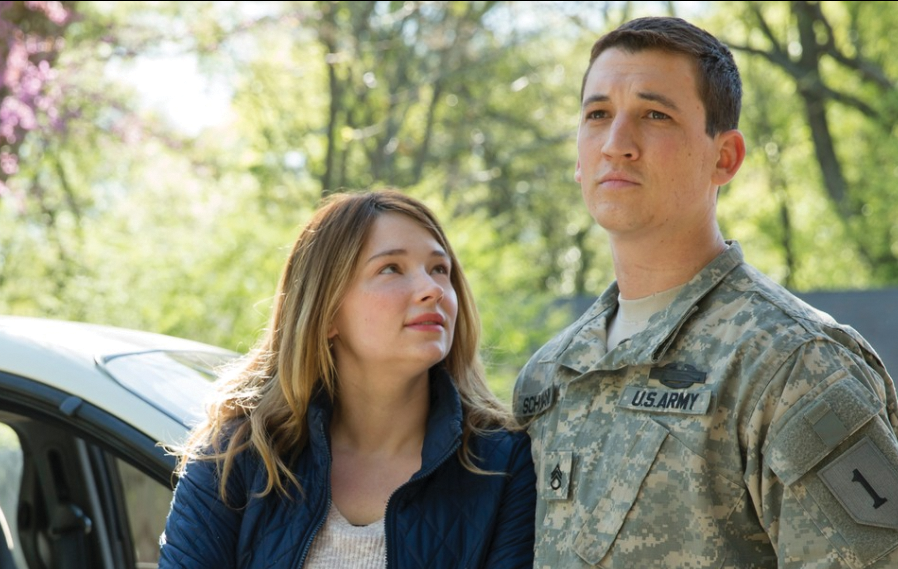 Oct. 27 will mark screenwriter Jason Hall’s directorial debut with “Thank You for Your Service.” Starring Miles Teller as real-life veteran Adam Schumann, the film explores the difficult transition many soldiers face as they adjust to life at home following deployment.

Hall, Teller and Schumann sat down with writers from three Washington, D.C. college publications — American University’s the Eagle and The Georgetown Voice and The Hoya — to discuss the making of “Thank You for Your Service,” its depictions of post-traumatic stress disorder, and their hopes for the film.

What do you hope audiences will take away from this film?

HALL: I hope that audiences will come away with a better unde

rstanding of what these guys have gone through. It will enable us to start a conversation with the veterans. I don’t feel there is a conversation going on right now. I think it’s, “thanks a lot for your service,” and then we just move on and everybody excuses themselves from it. I think we have to find a better way to welcome our warriors home.

TELLER: Along that note, personalizing it and putting a face on PTSD, right? I think it’s easy for all of us to see somebody in uniform and thank them for their service and that’s it. I think we use it as a way to relieve our own guilt. Like Jason said, we’ve been sending young men and women to war for thousands of years and we still don’t know how to bring them back. I just hope that it invokes a conversation and charges people up to speak about the forgotten soldier. Once the guy gets home, you don’t see him in uniform, but that trauma is with him for the rest of his life. It’s happening to our youth and it’s a very complex issue, so I think if we can package it up and people feel like they can understand this disease better and what these guys went through, that’s great.

SCHUMANN: For me, I just hope that when people get done with watching it, they’ll notice that it makes sense now. It brings it into perspective, like maybe that’s why he wasn’t talking. Maybe this upsets him or her. Maybe that’s why she’s not her old self. I just hope people get a better understanding and they can talk about it. I just want people to talk about it. That’s it.

Do you think that the film successfully encapsulates the experience of having PTSD? Was there anything the film wasn’t able to capture?

SCHUMANN: It got it right. PTSD is different for everybody, but I don’t think any one person who would have ever had it or has experience with it would watch this and go, “Oh that’s not how this is.” I think it covered all the bases that people deal with.

Miles, how was it different for you acting when the person you are portraying is watching the film? Did that change anything for you?

TELLER: I flew up to North Dakota with [Hall] and I was really nervous at that point. You know, it was my first time meeting [Schumann] and understanding how sensitive this material is. If anyone was making a movie about my life, I’d be pretty nervous, let alone what I consider to be the toughest and maybe the most unflattering moments of my life. So, going up there for that, I was really nervous. Then it didn’t take long before we kind of got into it and understood, look, I want to get this thing right, so let’s get to a place where we can be honest with each other. Having him on the set, it was just a resource to me. It didn’t add any more pressure.

HALL: Did you guys see Adam in the movie? He comes when they get off the plane, he’s taking the gun and he welcomes himself home. He says, “Welcome home, Sgt. Schumann.” So, Adam had his own little debut.

The casting in this movie was very strong. But, this isn’t a role that you’ve really played before. So, why did you decide to take on this role? And then, Jason, if you could speak to the casting decisions and why they were made.

TELLER: At first I honestly didn’t want to do it because I felt like even acting like I had PTSD and had been to war was unethical. But, the more I thought about it, that flipped and I said that this is an opportunity to really sink your teeth into something and if you do a good enough job you can, hopefully, affect people in ways that I think people should be affected.

While we’re on the subject for acting for this role, were there any certain steps that you had to take in order to prepare for yourself for such an emotional role?

TELLER: I started reading. I read both books, obviously, that David Finkel wrote, “The Good Soldiers” and “Thank You for Your Service.” Then I read some books recommended to me on PTSD, specifically, and mental health. I can absolutely draw upon that. But just for me, as a person, I don’t learn as much just from reading something as much as I do just experiencing. Being with Adam just those two or three days and then getting put through a boot camp where I felt like really getting in the mind of the soldier and what these guys went through.

Adam, in the movie, your character is talking to the officer in charge of the treatment facility and he says something along the lines of, “You gotta open this up for yourself.” Do you think the sharing experience of this movie was part of your healing process?

SCHUMANN: Yeah, I started talking to Jason about this a while back. I think just talking about it is therapeutic. I can see Miles on screen and I can see my ex-wife on screen and I can see my kids and the realism is that, yeah, it was a horrible time in my life. But, was. It’s in the past and I can see that. It’s nice to see that progression. It’s definitely been beneficial from beginning to end. Absolutely.
With this being your directorial debut, how has this experience working on this film differed from other projects that you’ve done in the past?

HALL: For me, it was great because I got to make the decisions. When I write something, I see what it is. I see every room; I see all of it. And then if you hand it over to someone else, they’re going to see something else no matter what you wrote. For me it was an opportunity to bring it home, to realize what I had imagined, to put all the work that I had put into the script and get to know these people.

Adam, what would you say to a veteran who is in a similar situation coming out of deployment?

SCHUMANN: For a fellow veteran, if everything’s fine, awesome. With you, I guarantee that veteran knows [someone] that’s struggling. Send them a message. Do you need anything? How are you doing? That’s it. Because sometimes you get out and you walk away and everyone goes their separate ways and we’re all back to working at Walmart and f**kin’ Home Depot and hanging sheetrock and driving trucks and back to Middle America again. You lose sight of what you did. Check on your buddy basically. And for guys that are coming back and have problems, admit it. Go get help. It doesn’t degrade your service or what you did. Go get help. You deserve quality of life for what you did. You owe it to yourself to go get help.

TELLER: For me, appetite-wise, I wanted to do comedies. I handle my day-to-day as more of an upbeat sort of person. I’m not super intense all the time. But, as you get older and get more responsibilities, I’m drawn towards drama. The last couple of things I’ve done have been dramatic, this next thing I’m doing is dramatic. It’s a lot. This movie stuck with me a lot. You do have to sacrifice yourself over these roles if you want to do them justice.

HALL: I think the important part of what he’s not saying to that is that he feels a tremendous amount of duty to tell this story and tell some of the other stories, too. And for an actor to take on some of that stuff, it does cost you something. It has to be worth it. This meant something. We knew that we were telling the stories of real people and we knew that we had to get it right and if we didn’t, we’re going to have to live with that. He and every other actor that came on board put a tremendous amount of work and effort to getting it right for the people we’re telling the story for.

I’m really happy that the people that we’ve told the story about have embraced the story. That’s the most important thing. To have Adam watch it and have Adam give me a big hug afterwards and to say, “You guys got it right,” that’s just gravy. For me, that was the hurtle.