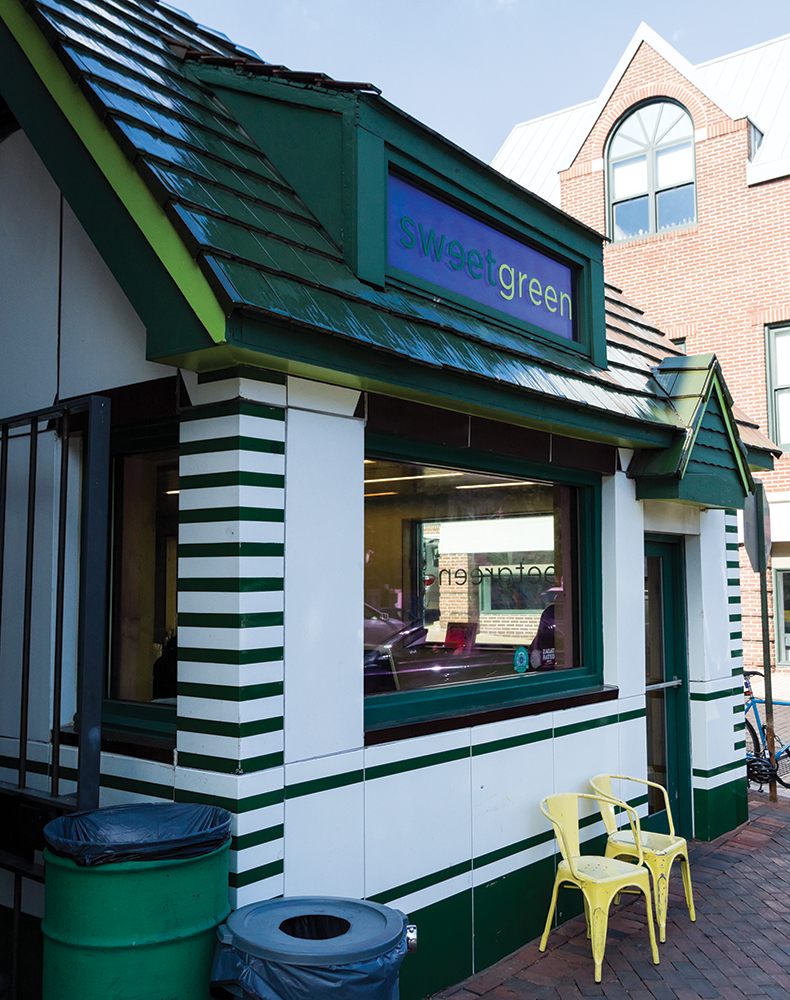 After expanding to New York and Boston this year, Sweetgreen has again raised its national profile. Founded by two Georgetown alumni in 2007, the salad chain will receive a $22 million investment from venture capital firm Revolution Growth, the firm announced Wednesday.
Revolution Growth, also based in Washington D.C. and founded by former AOL Time Warner Chairman Steve Case, former Exclusive Resorts CEO Donn Davis and Monumental Sports & Entertainment founder, Chairman and Majority Owner Ted Leonsis (CAS ’77), has thus far concentrated its investments in the tech industry, investing in startups such as Living Social and Zipcar. Sweetgreen marks Revolution Growth’s first investment in the restaurant industry.
Nicolas Jammet (MSB ’07), Jonathan Neman (MSB ’07) and Nathaniel Ru (MSB ’07) opened their first location on M Street in Georgetown shortly after graduating. Two years later in 2009, the trio opened a location in Dupont Circle before quickly expanding up the eastern seaboard; Sweetgreen now operates 22 storefronts.
“Nic, Jonathan and Nate have developed an iconic brand in an industry that is ripe for disruption,” Case wrote in an email to The Hoya.
With funding from Revolution Growth, Sweetgreen will focus on a three-pronged approach to the restaurant’s current team and structure as well as expansion.
“One is to invest in our people, so really invest in building a great team, invest in the culture, invest in training, really build the capabilities of a great company,” Neman told The Hoya. “The second is to invest in our community, to amp up our community efforts. And lastly we are going to expand Sweetgreen, not aggressively but I would say very consciously, both in the markets we are in as well as new markets.”
Case hopes Sweetgreen will become a model for quick dining beyond traditional fast foodrestaurants. The restaurant uses locally grown ingredients for most items on its menu and sells cold-press juices and frozen yogurt in addition to salad.
“We believe it has the potential to penetrate markets in every city across the country, building community and redefining how people eat, what they eat and what they should expect from fast-casual dining,” Case wrote. “The fast-casual restaurant market is the largest growing segment of the $435 billion restaurant industry, so the possibilities are really endless for the company’s growth.”
Neman shared Case’s optimism, putting forth his expansive long-term and short-term goals for the company’s growth.
“Our vision is to one day be the world’s number one healthy lifestyle brand, but for the near future, it’s to really focus on being the best healthy fast-food company in the country,” Neman said.
The Sweetgreen founders decided to accept Revolution Growth’s investment because of their belief in the two companies’ compatibility.
“We really share a lot of values; they have core values that we believe in, they really believe in our overall mission,” Neman said. “Their whole philosophy is to invest in businesses that will change the world for the better.”
According to technology blog TechCrunch, Case will join the Sweetgreen board and advise Jammet, Neman and Ru.
Neman emphasized that the funding will not affect the company’s values but rather allow it to continue to further develop its sustainable business model.
“The plan is not to go into hyper-growth mode – it’s still to take our time and to do things right and consciously,” Neman said.
Moving forward, the quality of Sweetgreen’s local, sustainable and organic ingredients as well as the brand’s focus on creating an experience sets Sweetgreen apart from other restaurants, according to Neman.
“The biggest difference when you go to Sweetgreen is it’s not just the transaction – we create an emotional connection with our customers and connect with each individual,” Neman said.