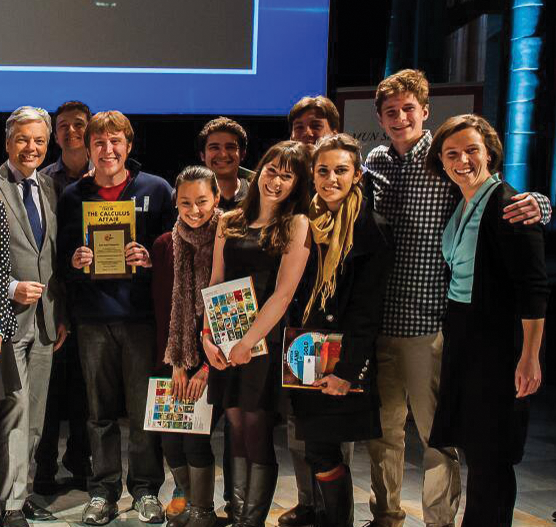 Georgetown’s team sent eight students and one faculty member, Georgetown Discovery Initiative Ambassador Brendan Thompson (SFS ‘12) to the conference, which is hosted annually by Harvard University. Georgetown was one of several schools from North America invited to attend.

Conference selectors considered past student effort and experience in selection of delegations, in addition to evaluation of a candidate’s ability to properly represent Georgetown and participate in the specific committee.

The Georgetown MUN team made their first WorldMUN Conference appearance at last year’s competition, in Melbourne, Australia. International Relations Club Chair Jeff Caso (SFS ’15) explained the group’s excitement to be invited back for the 2014 Conference.

“WorldMUN is a really rich cultural exchange. We had an amazing experience representing Georgetown and introducing Georgetown to people who had never heard of our school before,” Caso said.

Harrison Baker (COL ’15), who serves on the leadership team for Georgetown MUN, found the conference informative and well-organized.

“I loved the locale and they did a very good job with social events. … They made sure to keep the conference in areas that are easily accessible and safe for schools,” Baker said.

Along with mock UN General Assembly and committee meetings, the conference also hosted several prominent speakers, with President of the European Council Herman Van Rompuy delivering the keynote. Delegates also had the opportunity to have meetings in official European

The cost of the conference was entirely covered by the team’s fundraising efforts. Several students, including Caso, reached out to donors within the Georgetown community for both financial and moral support. According to Caso, faculty members offered the strongest support.

“Yes, we all miss a week of school, but professors here are so understanding and that’s because of the Georgetown spirit. People understand that it’s for the better of the university and that’s

The international conference attracts delegates from all over the world with over 60 countries represented. Georgetown’s team was assigned Mexico for the week and sat on committees such as the World Bank and the Special Police Committee.

“There were a lot of experienced people and they knew exactly what they were talking about. You are accountable for providing viable solutions and it is impossible not to learn something,” Jack Ludtke (MSB ’17) said.

The Best Small Delegation award came as a surprise to everyone.

“It was quite a shock. Seeing as several of our team members won an award, we didn’t think we [our group] would get one,” Baker said.

“I think it’s a tremendous accomplishment to walk away with this award. There were schools from every continent,” team member Sam Brothers (COL ‘14) said. “It sends a huge signal about the strength of this team and the things that this team is capable of doing. … It was a real honor to lead the team over there and represent.”