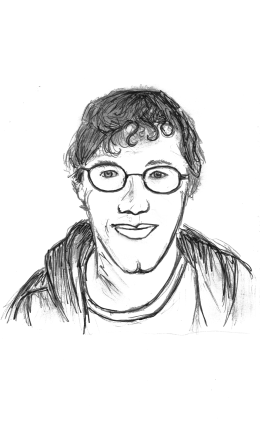 The clock reads 1 a.m. I am sitting at my desk, blearily bathed in the glow of my MacBook. I am not studying for a test, nor am I trying to finish a paper; I am instead binging on Netflix’s new series “House of Cards.” Based off of a BBC miniseries of the same name and starring Kevin Spacey, the series is an excellent tale of political intrigue. The entirety of the first season was released online all at once; Netflix claims this will change the way we watch TV. This got me thinking about how much our consumption of media has changed and what effect that might have on our real-world politics.
The use of video streaming sites like Netflix and Amazon Instant Video is highest in my and most Georgetown students’ age group: those 18 to 24 years old. According to a recent survey by consulting group Accenture, 82 percent of people in that age group watched some streaming video, and 60 percent watched at least a quarter of all the TV they consumed online. A Nielsen study from last year confirms this trend. It found that, while people aged over 65 spend an average of 48 hours a week watching TV, those in our age group watch only 22 hours of TV a week on average. Young people are not only consuming most of their television online but also doing so at a significantly higher rate than other demographic groups.
Given this data, Netflix made the correct business decision in releasing “House of Cards” solely online. As more people ditch their televisions for the Internet, networks will have to think of ways to catch up. Why watch something on TV when I can watch it — ad-free — online? Plus, it encourages the kind of binge watching that I described earlier. Kevin Spacey himself said it well in a recent interview with the BBC: “You ask your friends about what they did this weekend; they say, ‘Well, I watched three seasons of ‘Breaking Bad’ and two seasons of ‘Game of Thrones.’’” Spacey’s friend in this case might be Bill Clinton, but even stars have the same viewing habits as the rest of us.
But what does this trend mean for our future political discourse? In 12 years, elections are likely to be solely online affairs. Everything — from ads to conventions to voting itself — will be done on the internet. This trend began in 2004, when Howard Dean’s primary campaign solicited online donations. The formula was perfected in 2008 by Barack Obama. Even in an age of Super PACs, the online Democratic machine found a way to win in 2012. Meanwhile, younger voters continue to grow as a portion of the electorate.
In 2004, young voters made up 17 percent of the electorate and were 19 percent eight years later. Young people voted overwhelmingly for President Obama; they form the base of his coalition alongside women and minorities. Because most of the younger set spend their free time online, it is vital that campaigns reach out through email and social networks. During the campaign, I was bombarded with sometimes ten emails a day from the Obama folks asking for money. Honestly, it worked. Like an NPR pledge drive, their constant contact wore me into submission. And after I was done contributing, I would go right back to Netflix. Nowadays, how I consume media is analogous to how I consume politics.
Will we binge on politics in the same way we binge on Netflix? Given that I visit The Huffington Post as well as The New York Times’ and The Guardian’s websites multiple times daily, that may have already started to happen. After all, this past election saw more GIFs, tweets and texts than ever before. It is our generation’s task to use these tools wisely, to keep our leaders accountable and to promote a higher level of discourse. The internet can give anyone a platform to voice their political opinions. If that power is misused, our entire political system could be shown to be nothing more than a house of cards.
Evan Monod is a junior in the College. SPOCK MEETS BARACK appears every other Tuesday.