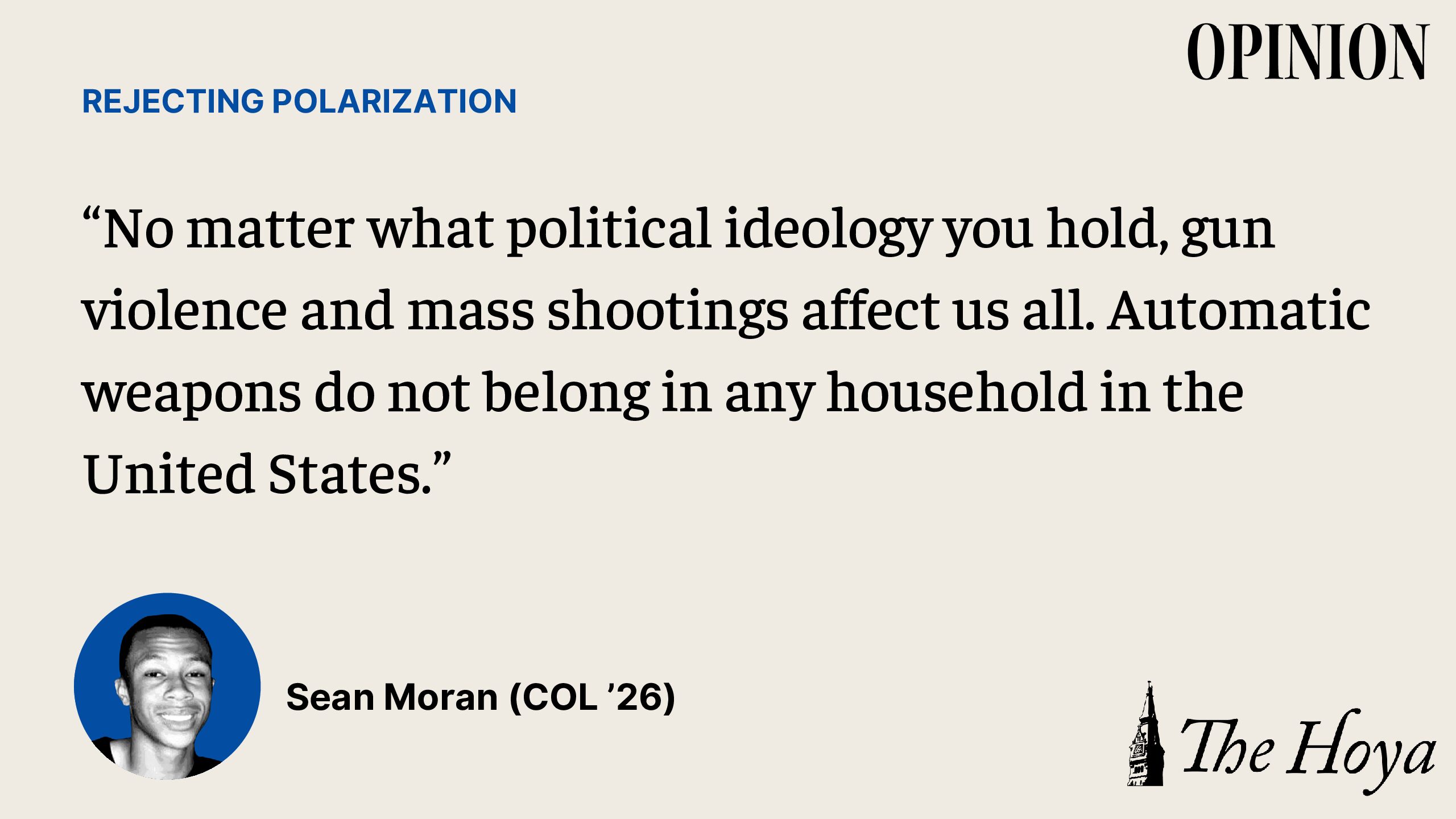 CW: This article references/discusses gun violence. Please refer to the end of the article for on- and off-campus resources.

I remember the day of the Sandy Hook shooting clearly. I was eight years old, it was a cold December day, and I was looking forward to Christmas. That fragile joy shattered when I learned an individual armed with an automatic weapon took the lives of six teachers and 20 children — all around the same age as me.

Former President Barack Obama spoke after the tragedy promising Americans change, like an assault weapons ban, but significant legislation never made it past the Senate. Since Sandy Hook, mass shootings have increased and our legislation has not changed. After these tragedies, lawmakers say “we give our thoughts and prayers,” and while legislation gets introduced, stark political divisions prevent any real change from happening.

Sandy Hook, Columbine, Pulse, Las Vegas, Parkland, Buffalo and most recently, Uvalde: tens of thousands of people die each year because of senseless gun violence in the United States caused by the proliferation, sale and reckless use of guns. Despite this violence, according to a June 2022 Gallup poll, 66% of Americans believe there should be stricter gun control laws with only 11% calling for no change.

I am left to wonder why gun violence continues to polarize our leaders in Washington, D.C., as well as in local and state governments across the nation, even after the deaths of children and thousands of others because of gun violence.

Through all these events, Democrats and Republicans in Congress have found no solution to aid their constituents. It is painfully clear that the majority of Americans want stricter gun control laws and Congress needs to heed their calls for reform and act. Our responsibility as the Georgetown community is to advocate and push initiatives on the ground, motivating Congress to enact reforms to prevent gun violence. Enough is enough — we need to act and be the change.

No matter what political ideology you hold, gun violence and mass shootings affect us all. Automatic weapons do not belong in any household in the United States. It doesn’t matter if you are ex-military, former law enforcement or just an avid gun lover — you never need a weapon of mass destruction.

Over three months ago, the mass shooting at Robb Elementary School led to the deaths of 19 children and two teachers. In a speech following the shooting, Senator Chris Murphy (D-CT) offered a hand to the other side in an effort for a bipartisan gun control bill. While standing on the Senate floor, he emotionally said, “I beg to my colleagues, work with us to find a way to pass laws.” This effort succeeded since both sides of the aisle were able to reach an agreement on a gun reform bill, which is a rare occurrence.

The proposed bill, which was co-authored by 10 Democrats and 10 Republicans, supports red flag laws (the temporary removal of firearms), background checks for those under the age of 21), and increased funds for school safety training. After many negotiations, the proposed bill passed and was signed into law, ending a period of failed legislation. This is a good first step for creating permanent change, but more change needs to guarantee a higher degree of security. We could be that change.

The Georgetown community has to come together to make lasting change in our communities, and around the country. As Georgetown students, it is a privilege to live and study in such close proximity to the U.S. Capitol. This privilege needs to be exercised as a means to solve the issue of gun violence. As a community, we need to go to Capitol Hill and let our Congress members know that change is needed now.

We have to call, send letters, protest and use any means necessary to have our voices heard. Georgetown has the influence to fight for change in regards to gun control whether through education or conversations on gun policy. Georgetown has the power to hold a round table hosted by GU Politics, which could include survivors of gun violence, gun reform advocacy groups, lawmakers, law enforcement and the student body. Gun violence affects us all, and we are all in this fight together to make our community and nation a safer place.

Sean Moran is a freshman in the College. His column Rejecting Polarization appears online and in print every third week.