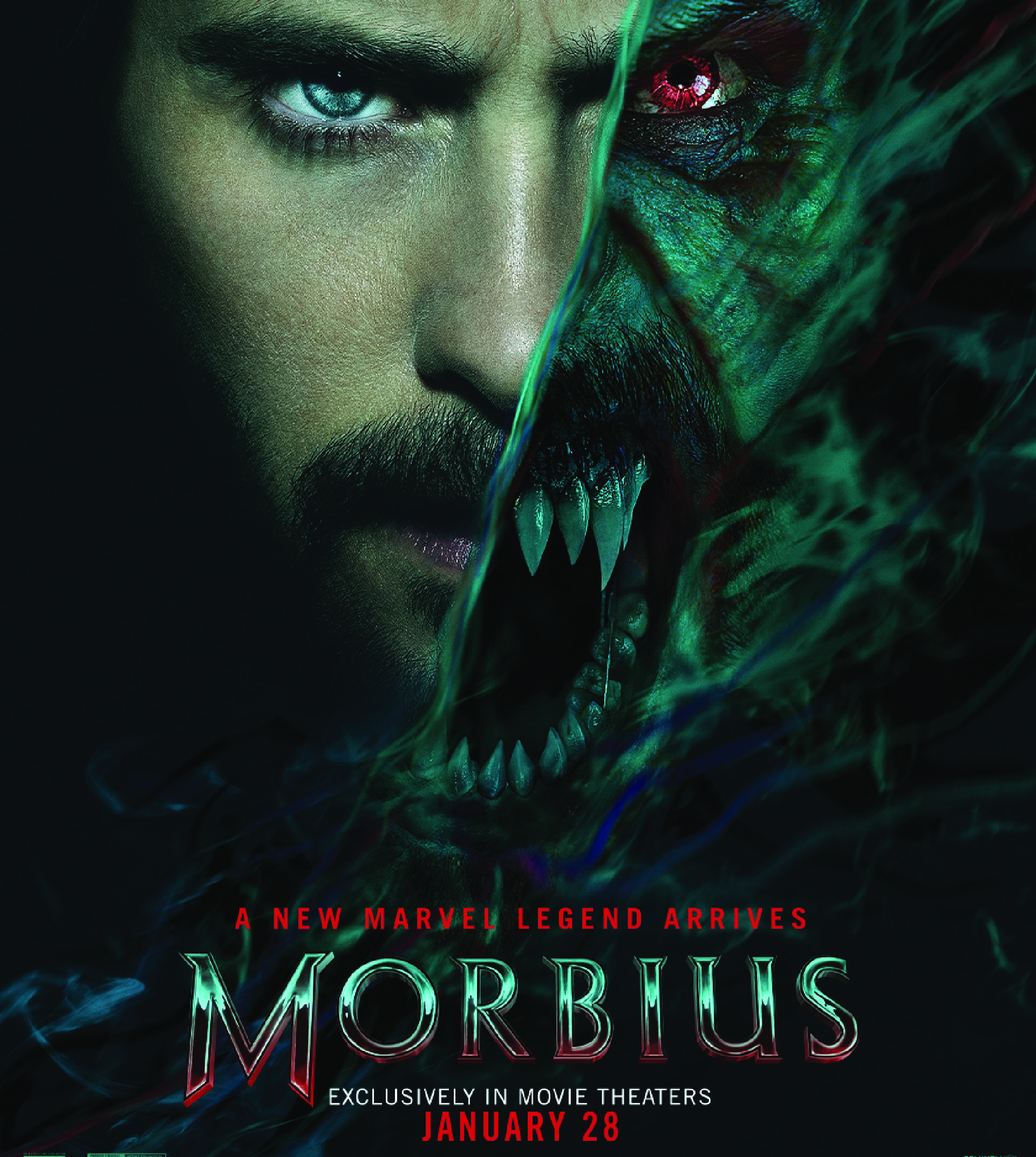 Jared Leto, fresh from terrifying audiences around the world with his horrendous, goombaesque interpretation of Paolo Gucci in “House of Gucci,” has a new method-acting terror up his sleeve: sucking every last drop of blood out of audiences in pursuit of being the worst vampire put to screen, ever.

In what can only be described as an embarrassing move to try and steal pop-culture thunder from Robert Pattinson’s superior bat in “The Batman,” “Morbius” is the latest attempt of Sony Pictures in trying to revitalize their shared superhero licenseship with Marvel Studios. Following the anti-hero structure of films like “Venom,” “Morbius” is yet another ill-fated and ill-conceptualized endeavor in spoon-feeding audiences pure garbage.

“Morbius” follows the story of Michael Morbius (Jared Leto), a genius scientist infected with an incurable blood disease. Working with colleague Martine Bancroft (Adria Arjona) — with whom Morbius is not-so-subtly infatuated — Morbius tries to cure himself and his childhood friend Milo (Matt Smith), of their shared, fatal disorder.

In his pursuit of a cure, Morbius believes that infusing human blood with bat blood will lead to his cells being able to function without daily medical assistance. However, following a botched experiment on a cargo ship, Morbius turns into a vengeful, super-powered monster that must consume human blood to survive.

If you are looking for anything of substance in “Morbius,” look elsewhere. While “Morbius” bills itself as a horror movie, the only jumpscare that will haunt audiences for decades to come is Jared Leto’s multiple shirtless scenes, where he often lustfully licks his bloody hands. This is your cue to leave the theater — or shut off your TV— and never look back.

Nonetheless, if you have an ironclad soul and continue to watch the travesty unfold, “Morbius” holds many rotten surprises. Unfortunately, the aftertaste is often literal.

Disgustingly, “Morbius” engages in constant gore, with artificial blood being consumed, painted on windows and sucked out of waking bodies. These moments are not in service of horror. Instead, they leave a sick impression of a role-play gone horribly wrong.

But just like high schoolers who questionably role-play American wars in pursuit of “historical accuracy,” “Morbius” is an extended exercise in how much Hollywood can get away with without studios in charge giving a firm “no.” In the face of an awful script, terrible CGI and embarrassing performances, it is baffling that “Morbius” was released in its final cut.

However, it should come as no surprise to a culture that views superhuman films as an irresistible cash cow ready to be milked. Though these films are seemingly immune to criticism, “Morbius” has been universally panned by critics — rightfully restoring a small amount of dignity to humanity.

Even in the face of laughable awkwardness, the film’s greatest sin is that it is painfully banal. Plotlines are not thoroughly developed, in addition to multiple continuity errors and logical errors that make it frustrating to watch. Your time is better spent taking a long nap.

Nonetheless, the only brief spark of life in “Morbius” is Smith, who desperately tries to breathe excitement into an unsavable script. Still Smith’s energy — combined with his insane, incomprehensible villain plot-line — eventually reaches the same level of lifelessness as Morbius, placing them both as unfortunate dogs who decided to run with the fleas.

In a final, devastating blow, “Morbius” ends by setting up yet another installment for the character. If any sense strikes the Sony executives in charge, this possible sequel should be left on the cutting room floor.