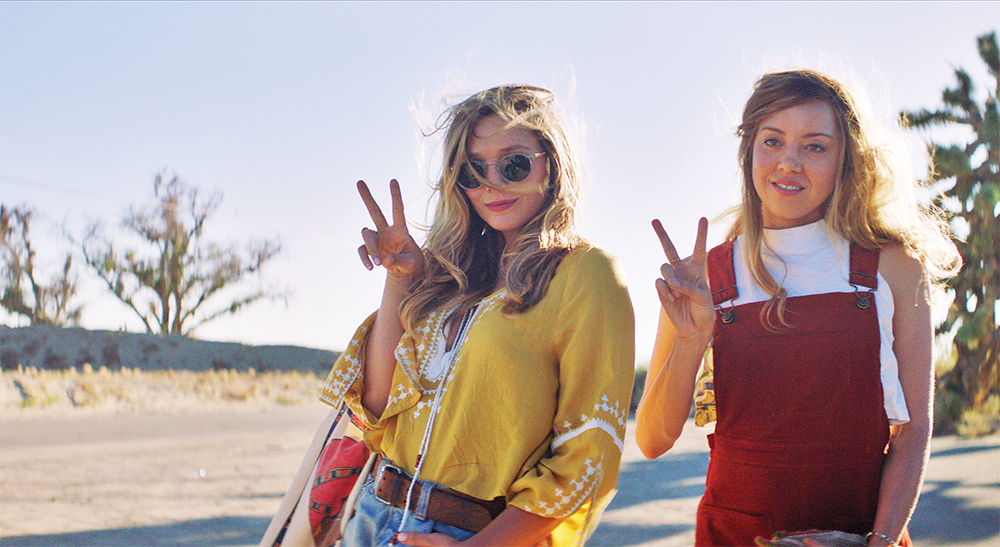 We live in an age dominated by the internet. Yet despite the increasing focus on image and the power of social media to show off cultural capital, few films have explored the effects and dangers of these trends. First-time filmmaker Matt Spicer’s “Ingrid Goes West,” starring Aubrey Plaza and Elizabeth Olson, engages our image- and internet-obsessed culture with offbeat humor and a topical critique of contemporary attitudes to social media.

Plaza plays Ingrid, a mentally unhinged young woman from Pennsylvania who is obsessed with social media and Instagram. After the death of her mother, Ingrid assaults a woman and spends time in a mental hospital. Shortly after her release, Ingrid discovers Taylor Sloane (Elizabeth Olson), a chic Instagram star with carefully manicured photos and a seemingly perfect life. Taylor seems to encapsulate what many people now want and admire — she is a young, pretty woman with a faithful husband, a stable life and excellent taste. Spurred by a newfound obsession with Taylor, Ingrid uses her large inheritance to move west to California to find and befriend her. After moving to Taylor’s neighborhood and renting a room from a friend named Dan, played by O’Shea Jackson Jr., Ingrid begins to stalk Taylor and emulate everything she does with the intention of becoming her friend. However, the film becomes increasingly dark and disquieting as Ingrid resorts to manipulation and crime to get what she wants. Her obsession with social media ultimately leads her down a dark and harrowing road.

Plaza successfully avoids many of the stereotypes and tropes associated with topical dramas. Not only does the movie eschew a salvation narrative or superficial sentimentality, but it candidly tells a compelling story with deeply flawed, unlikeable characters.

For all the movie’s strengths, there are also failures. Ingrid’s character, beyond her obsession with social media, is never thoroughly explored and her motives remain murky. Vague family trauma and loneliness are mentioned but never explored in full. In a world filled with legions of obsessed Instagram fans, it may seem unnecessary to explain the motivations of a social media junkie. But without an explanation of her drives, the character of Ingrid ultimately falls flat.

However, this may also speak to the strengths of the movie. “Ingrid Goes West” can be thought of as a modern-day morality play in conversation with 21st century issues. The characters within the play are not fully fleshed out, nor does the dialogue of the play hold any allusions of realism or naturalism. Instead, the characters act as allegories for figures in daily life who all participate in the grand interplay of ethical acts.

By approaching “Ingrid Goes West” as an allegory, the five main characters take on roles that many can relate to. Ingrid is the technology-obsessed young person whose interests online lead to obsessions, delusion and eventually despair. Dan is the well-intentioned modern person whose obsession with popular culture and pleasure leads him astray and prevents him from seeing himself clearly. Taylor becomes an example of the superficial glamour and prevarication which we each practice daily, while Ezra represents the struggling millennial everyman whose simple desires are thwarted by the obsessions of others.

Nonetheless, the critique of social media and obsession with image can seem trite. It is hardly an unpopular opinion to say that you do not like social media, though few young people choose to opt out of online communities altogether. Yet by taking obsession of social extreme, the movie is able to successfully address the seriousness of the issue. Nothing in the film, even at its most disturbing and uneasy moments, is unrealistic — although few among us have experienced the level of violence and pain which social media inspires as the characters in the film.

A well-made and well-acted film, with topical problems that affect young people here at Georgetown and all across the world, “Ingrid Goes West” both disquiets and humors. With its unique combination of drama and comedy, it reminds us of the dangers of our everyday online habits and the profound danger of equating aesthetic pleasure with substantial happiness.