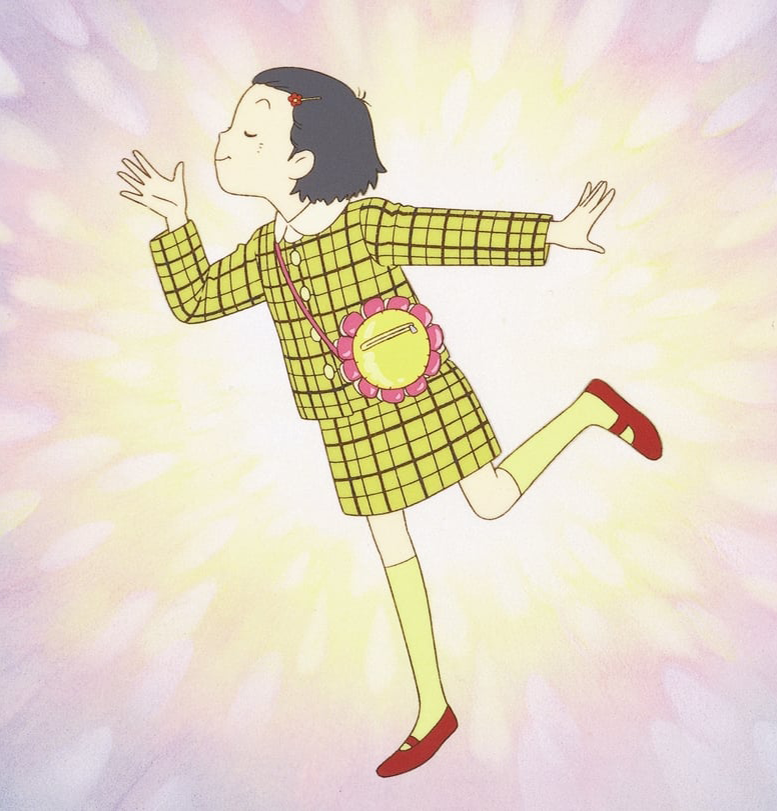 Produced by acclaimed animator and manga artist Hayao Miyazaki and Academy Award-nominated director Isao Takahata, “Only Yesterday” was released exclusively in Japan in 1991. Now, 25 years later, the surprise box office success is finally being shown in theaters across North America. Still, despite boasting the bells and whistles moviegoers have come to expect from production company Studio Ghibli — “Spirited Away,” “Ponyo on the Cliff” and “Howl’s Moving Castle” are considered some of the best animated films of all time — “Only Yesterday” lacks a real spark.

The film follows the story of Taeko — voiced by “Star Wars” star Daisy Ridley — a young office worker who leaves her home in Tokyo to participate in the safflower harvest on her family farm in the countryside. As she takes a sleeper train away from the cramped city to a seemingly boundless new world, Taeko experiences flashbacks of her childhood, specifically the fifth grade — a pivotal time that unconsciously continues to shape her life and decisions.

As Taeko confronts love, family and the future, she looks back on her struggles with boys, puberty and her younger and more vulnerable self. “Only Yesterday” sees Taeko reevaluate the life she has made and take a second chance at fulfilling her childhood dreams.

From the very beginning of the film, the plotline switches back and forth between past and present. While a writer or director can apply the idea of nostalgia to foster a unified thread throughout the nonlinear narrative, the result in “Only Yesterday” is a story that feels disjointed.

There is a disconnect between Taeko’s modern experiences and the memories that coincide with each event. In one sequence, the movie uses a flashback to when Taeko’s father slapped her for forgetting her shoes to connect to an incident on the farm in which Taeko’s niece cannot get the new sneakers she wants. While both episodes are linked in their reference to footwear, the relationship is not fleshed out to the extent it could be.

This specter of disconnection bleeds over into the soundtrack, arranged by music director Katz Hoshi. The film is plagued by a muddled amalgamation of dissident tracks ranging from traditional Japanese culture to new-age techno beats. While certainly interesting to listen to, the blend isn’t quite as compelling as it could have been.

Takahata has Taeko narrate the entirety of the movie, reflecting back on her childhood and relating those memories and what she makes of them to her life as an adult. However, the excessive narration becomes frustrating as it frequently overtakes the movie’s action scenes. The film would have benefitted from allowing the scenes to speak for themselves. In some ways, it condescends the viewer: Passive retelling that becomes monotonous after about 40 minutes isn’t necessary.

While some particular scenes — such as the moment Taeko and her family first try pineapple and she forces herself to finish everyone’s tart fruit, as well as some of the harvesting sequences — are interesting and engaging, the story as a whole is stagnant and choppy. The viewer learns some fascinating facts about farming and making dye, and the rural world through Taeko’s eyes is certainly a unique view. However, the abrupt jumps between each scene prevent an overarching appreciation for the film or its meaning.

Lovers of Studio Ghibli’s previous gems like “Spirited Away” will recognize that the production of “Only Yesterday,” with all its color and sentiment, lacks the magic and charm of Miyazaki’s previous movies, though not for lack of trying. There is no spark to the movie’s characters, who fall flat in their own animated world, and their relationships fail to feel relatable or truly significant enough to invest anyone deeply in their story. “Only Yesterday” has its own life “spirited away,” leaving it nothing more than a beautifully decorated, hollow shell.