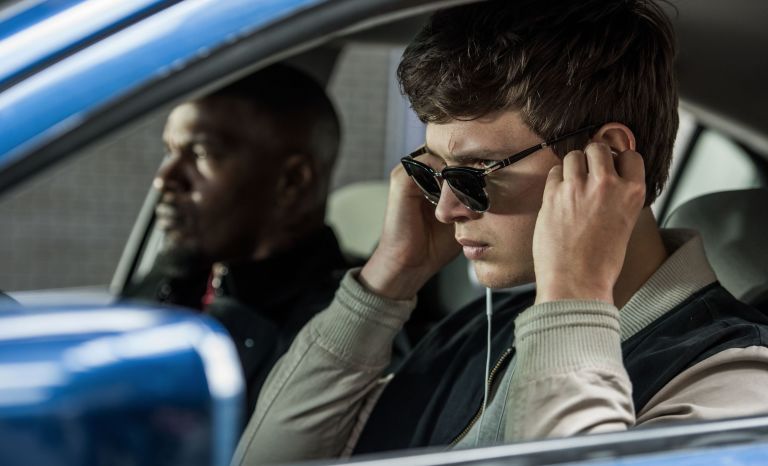 With a star-studded cast, featuring Ansel Elgort, Kevin Spacey and Jamie Foxx, and the direction of Edgar Wright, the mastermind behind critically acclaimed comedies like “Shaun of the Dead,” “Baby Driver” has all the tools necessary for an incredible heist movie. With an electrifying soundtrack and flawlessly choreographed action scenes, “Baby Driver” is a high-speed thriller that perfectly encapsulates Wright’s vision of a modern crime film. Unfortunately, poor performances by Elgort and the supporting cast, in addition to the film’s chaotic plotline, prevent “Baby Driver” from succeeding as a classic heist film.

Elgort, well-known for his roles in popular teen films like “The Fault in Our Stars” and the “Divergent” series, steps away from his comfort zone as he takes on the titular role of Baby, a young getaway driver. Baby, who works for a criminal organization that orchestrates bank robberies in Atlanta, is under the control of Doc, a powerful kingpin played by Spacey. Baby wants to leave the criminal business for a simple life with his newly found girlfriend Debora, played by Lily James, but, unfortunately for him, keeps getting pulled back into Doc’s crazy schemes and heist attempts.

Despite its immense potential, the film falls flat largely due to its plot, which audiences may find difficult to follow, as well as the surprisingly dull performances by its actors, many of whom are among Hollywood’s elite.

The film’s plot is exciting, but unfortunately, too high-speed — it accelerates almost as quickly as Baby does on the gas pedal. Wright attempts to create a fun and exciting heist film but ultimately devises a plot that is too chaotic and overwhelming to keep up with.

Audiences will question whether many of the film’s confusing subplots are in fact necessary additions — in particular, the romantic aspect of the film. Although the spontaneous relationship between Baby and Debora is entertaining and endearing toward the beginning of the movie, it quickly falls apart as Baby’s heists become increasingly difficult and dangerous. As audiences realize how irrational — and unrealistic — it is for Baby and Debora to stick together, they will care far less about the fate of the couple and the conclusion of the film itself. The romantic storyline is thus one of the movie’s major shortcomings; as the film progresses, the relationship becomes more and more disingenuous.

Not only are parts of the plot contrived, but almost all of the actors’ performances disappoint; they feel forced and uninspired, especially notable disappointments given the renowned cast, which features two Academy Award-winning actors, Spacey and Foxx.

Elgort in particular dominates much of the screen time of the film, but he does not quite succeed in playing the part of the reckless getaway driver; he seems better suited to more emotionally driven roles. Furthermore, he and James do not bring much chemistry or believability to their characters’ relationship — perhaps another reason the romantic plotline suffers.

That being said, although the dialogue between characters does not flow naturally, the actors are not solely to blame. Wright’s attempt to produce a clever script falls short, and he fails to integrate well-timed humorous scenes within the fast-paced story. The film, although marketed as an action comedy, is ultimately driven only by its action-packed plot.

On the other hand, the film is very successful in its musical soundtrack and cinematography. To pull off a successful getaway, Baby needs to be listening to music — it strengthens his focus and reflexes. The strong emphasis on incorporating music throughout the film provides a playful and fun viewing experience, as audiences witness Baby’s incredible driving skills on the road accompanied by the songs of Queen, The Button Down Brass, The Jon Spencer Blues Explosion, Beck, The Beach Boys and Blur.

The high-energy jukebox soundtrack perfectly complements the fast-paced chase scenes, but it does well in slowing down and softening the romantic scenes between Debora and Baby.

The film’s camerawork is stellar as well. The car chase scenes are pure magic and are shot perfectly in sync with the background music, highlighting the creativity of Wright and his long-time collaborator and cinematographer, Bill Pope — they fuse the film’s auditory and visual elements seamlessly.

Prior to “Baby Driver,” Wright’s most recent work was the science fiction comedy “The World’s End,” released in 2013. The third installment in Wright’s critically acclaimed “Three Flavours Cornetto” trilogy, “The World’s End” was praised for its humor and heart.

In 2010, Wright directed “Scott Pilgrim vs. the World,” a film renowned for its musical soundtracks and eye-catching visual effects. Like “Scott Pilgrim,” “Baby Driver” showcases Wright’s strong grasp of the audiovisual elements of film, yet, unlike his past projects, like “The World’s End” and its prequels, does not succeed as a comedy film.

Overall, although “Baby Driver” had the potential to be an exciting new take on the classic heist film, its contrived plot and lackluster acting performances are a major distraction from its greatest assets — its fast-paced action scenes that successfully match the thrill of the chase with a dynamic jukebox soundtrack.

Unfortunately, there are only 10 minutes of pure excitement throughout the entire two-hour film, which come in the form of the getaway car chase scenes, rather than in the conversations between Baby and Doc, or Debora. Audiences may be better off turning their cars around and postponing their trips to the theater — “Baby Driver” is simply not worth the trouble.