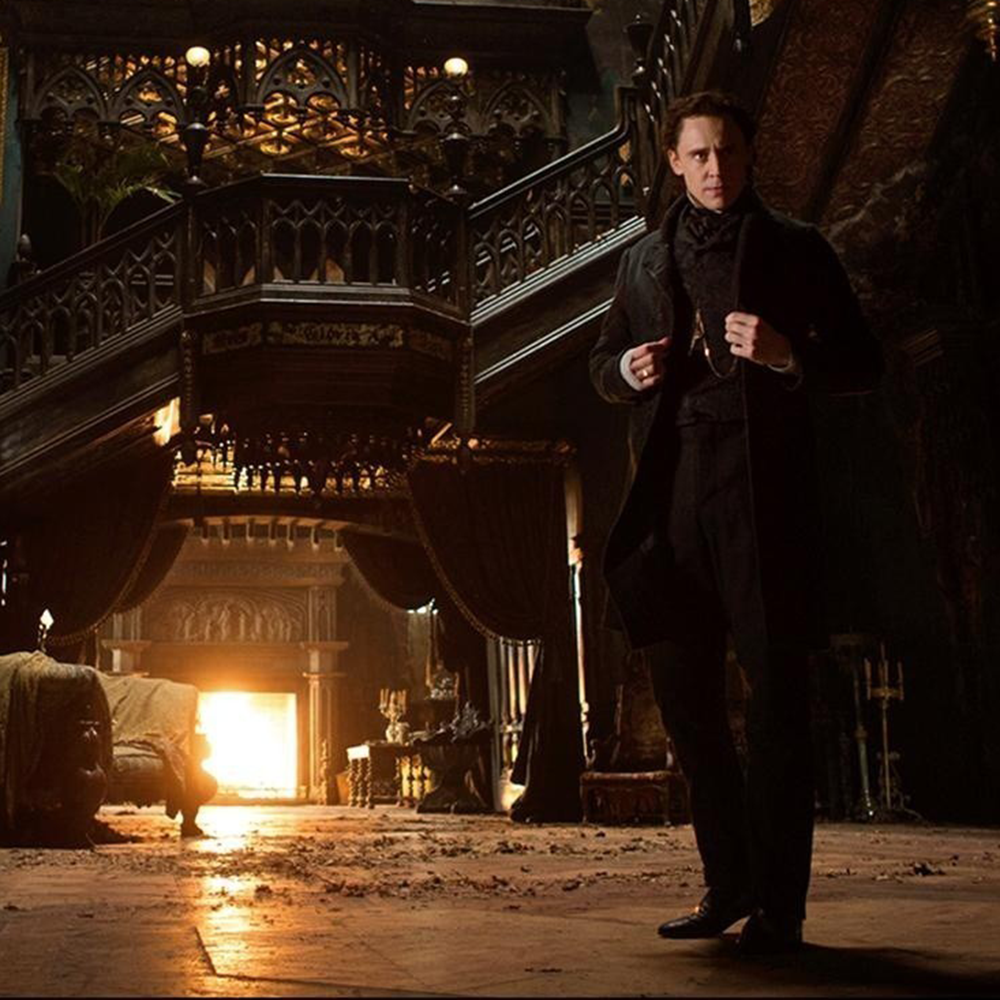 “Crimson Peak” is an odd blend of 19th- century romance and gothic horror. The film was directed, co-written with Matthew Robbins and produced by Guillermo del Toro, famous for his affinity for bloodshed and talent for imagery and best known for his action thriller “Hellboy” (2004) and his fairy-tale period piece “Pan’s Labyrinth” (2006). While “Crimson Peak” provides all the necessary components of a del Toro masterpiece — twisted romance, murder and a haunted location — the film’s brilliant imagery fails to make up for its predictable plot and lacking script.

“Crimson Peak” tells the haunting tale of a young American girl trapped in a British house of horrors. The film opens in 19th-century New York, where the charming British Sir Edward Sharpe (Tom Hiddleston), sweeps Edith (Mia Wasikowska), off her feet. After a series of unfortunate events and the brutal murder of her father, Edith marries Sharpe and is shipped off to his estate in northern England. Edith soon learns the house has a life of its own, as she navigates its dark corridors and secret passageways. However, Edith, seemingly unfettered by the house’s terrors, searches the mansion in hopes of uncovering the true nature of her new husband and his sinister sister, Lucille (Jessica Chastain).

Del Toro’s unique use of imagery distinguishes the film from any basic horror flick. The mansion’s sinking floors and dilapidated walls are decorated with decadent fabrics and oppressive gothic furniture. However, the house does more than provide beautifully terrifying images: The rotting estate serves as a metaphor for the Sharpes’ twisted and decaying family history.

Del Toro’s talent for visuals is equally applied to his striking characters. Lucille’s dark and sensual appearance incites an odd attraction to her wicked character. Her venomous image serves as a perfect contrast to Edith, whose delicate child-like features and soft blond curls fiercely oppose her twisted surroundings.

Depending on your tolerance for gore, del Toro may be slightly overzealous in his use of blood. The mansion sits atop a hill of red clay, and crimson mud manages to seep into each scene. The result: You’re never really sure whether what you’re seeing is clay or blood.

The film’s imagery is almost powerful enough to distract you from the lacking plot. Aside from one or two minor surprises along the way, the plot is fairly predictable. In this aspect, “Crimson Peak” doesn’t differ much from a run-of-the-mill scary movie. The dialog is also far from impressive. In addition to being overly simple, certain lines seem laughably out of context. Del Toro consistently abandons the film’s historical limitations to squeeze in cheeky one-liners.

The film’s notable cast works well given the plot’s limitations. Wasikowska is perfectly cast as the innocent, though cryptic, Edith. Likewise, Hiddleston does an impressive job of making the audience buy into Sharpe’s semigenuine charm. However, Chastain steals the show. The actress is almost unrecognizable as Sharpe’s dynamic and perverted sister Lucille.

While “Crimson Peak” teeters between horror film and period-piece romance, it fails to flourish in either genre. Unfortunately, its cast and fantastic visuals do not offset its predictable plot.
However, as Halloween approaches, if you’re looking for a somewhat scary movie with a bit more depth than your typical horror film, “Crimson Peak” should suit you nicely.