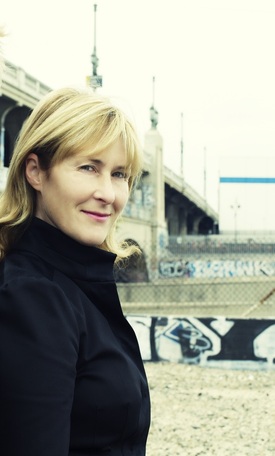 When I was growing up, bands like Kino, Aquarium and Alisa typically replaced the before-bedtime soundtrack of Raffi or Mozart, the sound of underground Russian rock filling our standard modern house with little else to rival it. This is not the common soundtrack to most people’s lives, but I was lucky to be exposed to it from the start, with parents who had been front and center in the music revolution of the former Soviet Union as it exploded in the 1980s.

“Free To Rock,” screening in Gaston Hall this Tuesday at 7:30, reveals the subculture that took a stand against communism and its denial of freedom, a chance for those unfamiliar with Soviet cultural and political history to see behind the Iron Curtain and understand the power of rock ’n’ roll.

The film is mainly concerned with portraying Western music as a political tool for Russians, a form of “soft power” that helped bring down the Iron Curtain with its cultural influence on its suppressed citizens. “Hard power, military and economic sanctions, puts facts on the ground, bombs in the air and bodies in graves,” producer Nick Binkley said. “Soft power — music, art, film — opens hearts and minds and plants dreams in imaginations.”

American music especially provided a window on the Western world and the freedom of expression that Russian citizens were so clearly denied. Framed by the Cold War, “Free to Rock” is not just a look into Russian history; it also comprehensively depicts the American and Soviet tensions evolving in the second half of the 20th century, making it applicable to students not only of Russian study but also those interested in international politics, American history, and 20th century relations.

The film includes some incredible interviews with the top leaders and musicians of the world, an insight into the minds and attitudes of the men at the core of these fields. Jimmy Carter is as charming and open as always, his personal anecdotes warming the story and giving a great sense of the American sentiment at this time. As a surprise to many, the Beach Boys were also featured as one of the first bands to perform inside Soviet lines, followed by the Nitty Gritty Dirt Band, Elton John, Pink Floyd and Billy Joel in the 1980s, just as Russian citizens were beginning to find some wiggle room in their rigid system.

The man who steals the show, however, is Mikhail Gorbachev, the last leader of the USSR. To have the opportunity to hear him speak about the cultural history of his country alongside the very rockers and musicians who broke the old system is exceptionally moving, and humanizes the generally one-dimensional view Americans tend to have of Russia as a whole.

Joanna Stingray was the first American singer and producer in the Russian rock scene in the 1980s who was also able to start communicating the music between the two countries. She also happens to be my mother, and once told me “it was amazing how much they looked and sounded like rockers anywhere. I hoped that by showing these rockers to Westerners, it would open their eyes to the fact that Russians, especially young ones, were similar to us and not as scary as politicians made them seem.”

“Free to Rock” shatters illusions of Russia and its people, as well as fueling a conversation about democratic ideals of liberty and freedom of speech — or song. There does seem to be a hesitation in addressing the details of the KGB and its role in attempting to suppress and persecute the rebels, but it is a minor note that would only serve to enhance the significance of this movement by highlighting the official resistance to the power of these young people.

It is clear to see, though, the impact of rockers and musicians, and it is impossible to undermine their struggle or success.

It is incredibly interesting to have the chance to hear these key figures in the Russian music revolution and the Cold War look back on their involvement, and the differences between their experiences throws the generic and almost cookie-cutter view of the Cold War out the window to reveal the many different layers and aspects of life during this time.

“Free to Rock” not only breaks down the Iron Curtain but all the assumptions and associations that go along with it, providing an incredible view of the landscape where communism was defeated. I spent my entire childhood listening to my mother’s personal stories about her music career and fight against the Soviet government, but this documentary framed the entire story in a larger context that really emphasized the significance of this movement and its global impact. Straight-forward and passionate, “Free to Rock” is an amazing resource for anyone with or without a background in Russian or rock history, an inspiration promoting the potential of human creativity and freedom.

The Gaston Hall screening of “Free to Rock” is free and open to all ages on Tuesday, November 17th, 2015.