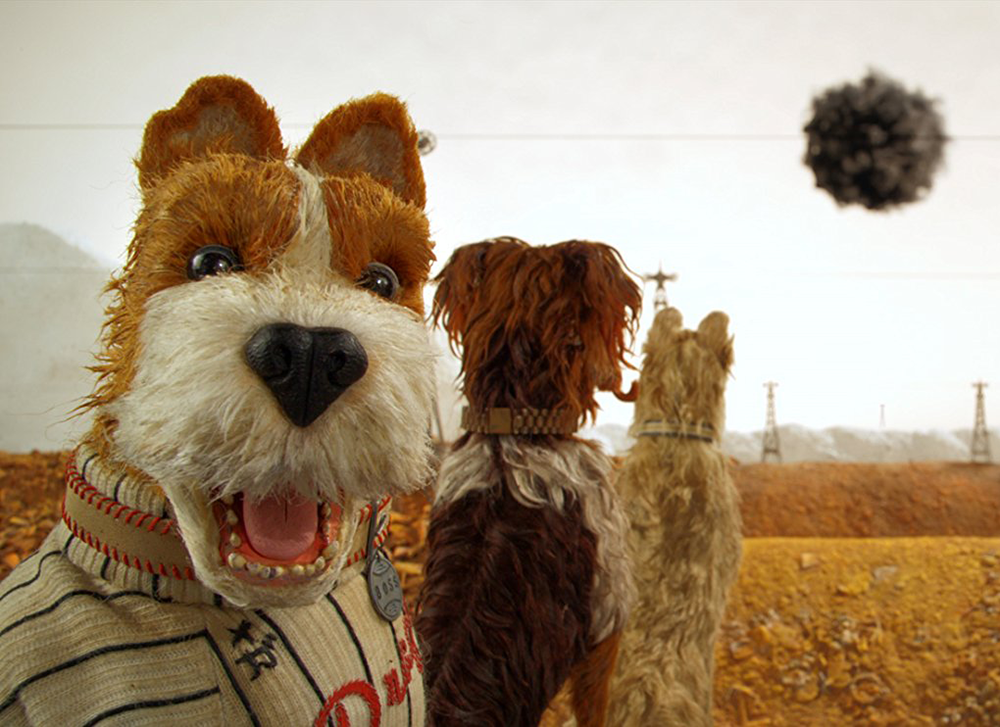 “Isle of Dogs,” Wes Anderson’s ninth feature film and second movie using stop-motion animation, is just as charming and visually stunning as the rest of his critically acclaimed body of work. The concept, characteristically quirky, spotlights a pack of sick dogs abandoned on Trash Island, located on the outskirts of the fictional Japanese city Megasaki. In line with Anderson’s eccentric style, “Isle of Dogs” is heartfelt, emotional and, at times, hilarious.

The film kicks off with a scene-setting prologue from “before the age of obedience” and jumps to “the Japanese archipelago, 20 years in the future.” Mayor Kobayashi, voiced by Kunichi Nomura, the film’s dog-hating antagonist, orders all dogs to Trash Island in response to recent outbreaks of snout fever and canine flu.

To commence the new ruling, Kobayashi sends Spots, the beloved house pet, to Trash Island. Devastated, Kobayashi’s nephew Atari, voiced by Koyu Rankin, goes in search of Spots. Along his journey, he is aided by a pack of dogs including Duke, voiced by Jeff Goldblum; King, voiced by Bob Balaban; and Boss, voiced by Bill Murray.

Despite the unappealing nature of Trash Island, Anderson creates an exquisite set that is both engaging and beautiful. Each frame was treated with a painstaking amount of work to create the symmetrical, whimsical aesthetic for which Anderson has become known — and the effort shows.

The character design follows suit: The animals are intricately crafted to represent their owner’s personalities. Perhaps the most obvious example is Chief, voiced by Bryan Cranston, the dog who goes through an emotional transformation, changing from having a dirty appearance to a shiny white coat of fur.

The film is impressively complemented by Alexandre Desplat’s score, which moves the film along while matching the characters’ various emotions and further setting the tone. Desplat’s score and Tristan Oliver’s cinematography seamlessly blend together, with neither one overshadowing the other.

Interestingly, the film lacks English subtitles. Rather, the translation often comes from within the film. The Japanese-speaking characters are often translated on screen through an interpreter, foreign exchange student or an electronic device. The dogs, on the other hand, are explained to have their barks translated into English.

Anderson’s decision not to subtitle the Japanese speakers appears to be an artistic choice. While the lack of English subtitles causes detachment from the characters for some viewers, Atari is still easily understood and induces empathy. The language barrier forces the U.S. audience to look for context clues within the frame, and further highlights the universality of human emotion.

The standout element of the film, however, goes to the distinct beauty of the scenery. Anderson manages to turn the ugly into the beautiful and the dull into the alluring. From the multicolored sake bottles to the Japanese newspapers littered throughout the film, Anderson brings his world to life. In spite of the heartbreak and disease-ridden terrain, the tender characters transverse a beautifully crafted world that all moviegoers should have the privilege of seeing.