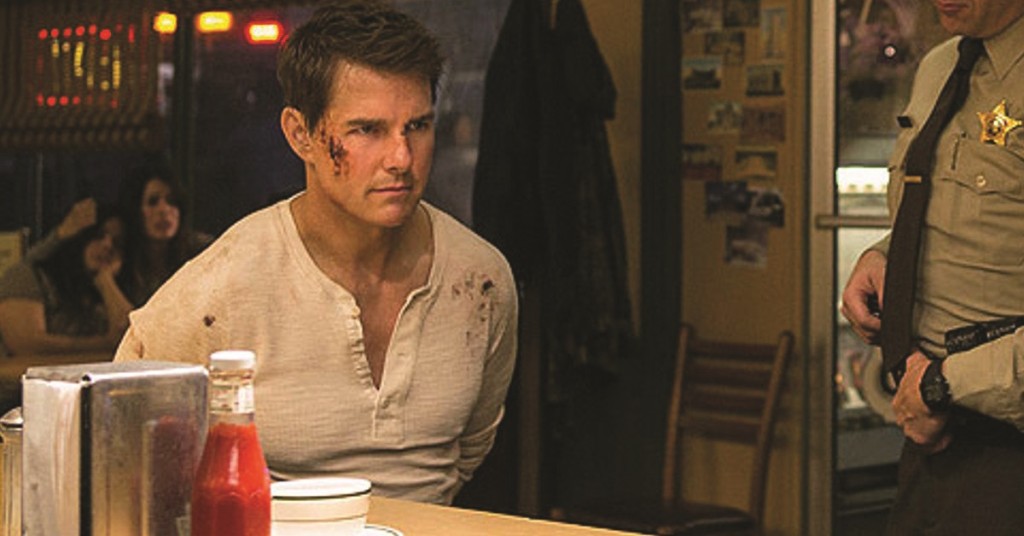 When Tom Cruise was first cast as Jack Reacher in 2011, fans and critics alike questioned how the action star, best known for his role in “Mission: Impossible” franchise, could portray a 6-foot-5, 230-pound ex-military police officer in Lee Child’s beloved crime series. On top of the odd casting choice, the film had to delay its premiere date in North America following the Sandy Hook Elementary School shooting. Many predicted that the ultraviolent “Jack Reacher” would be a massive flop due to the film’s vicious plot and Tom Cruise’s out-of-character performance.

Instead of being a critical and commercial failure, the film went on to gross over $218 million.
Cruise proved again to be an unstoppable force in the industry, which led Paramount Pictures to approve a sequel. As far as action movies go, “Jack Reacher” developed a following that would rival other sleeper-hit action films such as “Taken” and “John Wick.”

Cruise, along with director Christopher McQuarrie, surprised everyone with a hardboiled detective film that depicted Jack Reacher (Tom Cruise) trying to solve a crime while simultaneously being hunted. For a film rated PG-13, the fight scenes were brutal and pushed the boundaries of the movie’s rating. The film’s plot twists and willingness to have key characters murdered at will shocked audiences, and the climactic final fight was on par with the classic action scenes from the shootout in “Dirty Harry” to the car chase in “The French Connection.”

All of this contributed to why “Jack Reacher: Never Go Back” was such a disappointment. In the second iteration of the series, Cruise teamed up with prolific director Edward Zwick, who directed Cruise in “The Last Samurai,” and helmed other films like “Glory” and “Blood Diamond.” Cruise, who produced “Jack Reacher: Never Go Back,” stated in numerous interviews that he wanted to humanize Child’s cold and nearly invincible protagonist. By having so much creative control, however, Cruise tainted the character whom audiences were rooting for in the first movie.

This control turned what could have been a phenomenal addition to a new franchise, with a violent protagonist facing complex murders and gritty plots, into Tom Cruise playing Tom Cruise. When Child wrote his first Jack Reacher novel in 1997, he envisioned Reacher as a modern day cowboy in a world gone wrong. Modeled after Gary Cooper and Clint Eastwood, Reacher would drift in and out of towns and cities across the United States and would be compelled by his morality and by the locals to solve a violent murder or clean up a murky conspiracy. At the end of every Jack Reacher novel, the reader is overflowing with adrenaline, knowing that the tall, dark and silent man got his guy.

In this sequel, Cruise opts to tone down the film’s violence and gore, replacing well-choreographed fight scenes with plentiful exposition. Borrowing from lackluster action films like “Three Days to Kill” and the recently released “The Expatriate,” Reacher is paired with a weaker female protagonist whom he needs to protect. In both movies, Costner and Eckhart are being chased by shadowy government figures while on the run with their respective daughters. In “Jack Reacher: Never Go Back,” Jack Reacher is on the run from military contractors with his daughter. The result is a film that features almost every cliche a sequel can offer and buckles under the weight of trying to appeal to a massive audience while trying to please core fans.

The sequel’s failure to build on the successes of its predecessor is perhaps its most glaring misstep. In the first Jack Reacher film, audiences saw great supporting performances from Rosamund Pike, prior to her breakthrough role in “Gone Girl,” Werner Herzog as the film’s terrifying antagonist and Robert Duvall in a heartfelt supporting role that stole every scene. In the sequel, Colbie Smulders, fresh from her performance in “How I Met Your Mother,” joins the sequel’s cast as the female lead and Reacher’s love interest.

Smulders is a multifaceted actress, but Zwick does not take enough risks with the fight sequences that involve her. In nearly every fight sequence she is overpowered by the male attacker, prompting her need to be rescued. However, the biggest casting letdown is Robert Knepper as General James Harkness. Knepper’s electrifying performance as Theodore “T-Bag” Bagwell in the television show “Prison Break” proved that he had the acting chops to make him an A-list antagonist. In this performance, however, audiences get nothing more than a generic Jason Bourne villain.

Purely due to Cruise’s star power, this film is bound to be another financial success for Paramount Pictures. However, the franchise would be better off sold to a group like Netflix, where executives could develop a gritty story that does not feel rushed to fit a two-hour runtime, and make a story that captures the cinematic potential of Child’s vision.