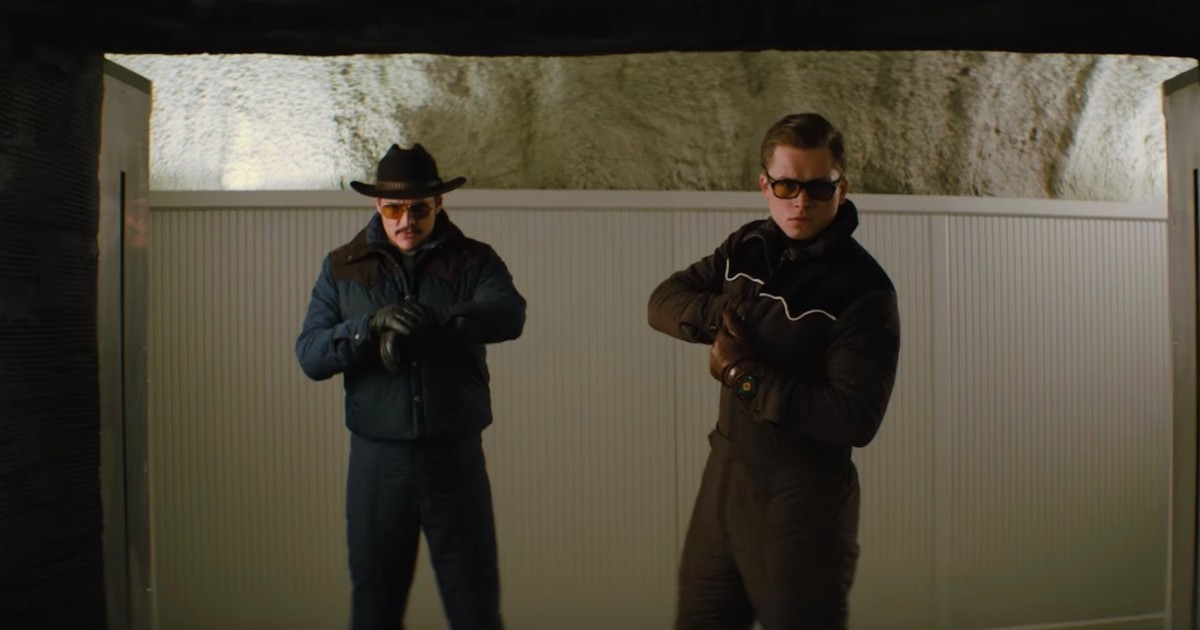 Comical, corny and chaotic, the second installment of the “Kingsman” franchise, “Kingsman: The Golden Circle,” uses the momentum from the first film to deliver a high-octane and extremely entertaining visual experience. Director Matthew Vaughn’s “Kingsman: The Secret Service” was a surprise hit with audiences following its release in 2015.

The film combines parodies of classic elements of James Bond films with a charming modern underdog storyline, creating a captivating, if at times kitschy, film. Fortunately, “Kingsman: The Golden Circle” does not lose any of the original film’s charm, presenting audiences with another top-notch spy thriller — a genre that has dominated the 2017 film calendar.

Picking up where the first film left off, Eggsy Unwin, played by Taron Egerton, is now an established agent working for England’s secret intelligence organization, Kingsman. But when their headquarters are destroyed and almost all of their agents killed, lone surviving agents Unwin and Merlin, played by Mark Strong, must figure out a way to save the world from Poppy Adams, a power-crazed drug lord played by Julianne Moore. Fortunately, the Kingsmen receive some assistance from their American cousins, the Statesman spy organization.

The partnership between the Kingsman and Statesman makes for an interesting addition to the franchise. Channing Tatum, Jeff Bridges, Halle Berry and Pedro Pascal all play American secret agents bearing the names of different alcoholic beverages as pseudonyms: Tequila, Champagne, Ginger and Whiskey, respectively.

Each new agent brings an important element to the movie, from Tequila and Champagne’s humor to Ginger and Whiskey’s professionalism. The only downside to the addition of the new Statesman team is that the audience does not get to see enough of it. Besides Pascal, the roles of Tatum, Berry and Bridges seem compressed, which should not have been the case in a 141-minute script.

The outrageousness of “Kingsman: The Golden Circle” does occasionally work against itself. For example, one of the villain’s explanations for endangering the world comes across as very contrived and seems to be a last-minute addition to the script.

But this is a common detraction to the “Kingsman” series. Just like its successor, “Kingsman: The Secret Service” suffers from having an over-the-top villain who seems willing to do anything to make the world conform to a selfish, out-of-touch view.

At the same time, since the “Kingsman” franchise is in many ways a cheeky parody of the Bond franchise, Vaughn references the archetypal corny Bond villain with his own modern-day villains. Although Vaughn deserves a pass for this reason, the film would have benefited from greater focus on the character development of its villains.

The film deserves most of its credit due to its special effects team. Vaughn expertly uses his team to create a spectacular visual experience that is entertaining from start to finish. The movie begins with a car chase scene that rivals anything created by the “Fast and Furious” series.

With the camera panning in and out of aerial shots of central London and views within the car of Urwin fending off a villain, the opening sequence is extremely energetic and engaging. But the energy does not stop there as the Kingsmen and Statesmen go through a plethora of exhilarating gun fights and action sequences. To top it off, each sequence involves some new, albeit showy, high-tech gadget, reminiscent of classic Bond films.

There is no doubt that the film’s action sequences are over-the-top, bordering on overkill. The film might be criticized for the excessiveness of its visual effects.

But ultimately, overkill is what works for the “Kingsman” franchise. Audiences that did not enjoy the first installment will surely despise the second. But Vaughn does not seem to care. Instead of creating a movie that follows the mainstream superhero-spy narrative, Vaughn doubles down on the gratuity and disorder that defined the first installment, which, in spite of its few setbacks, garnered something of a cult following. Fortunately for this following, “Kingsman: The Golden Circle is another chaotic, yet fascinating masterpiece that parodies the Bond franchise to perfection.