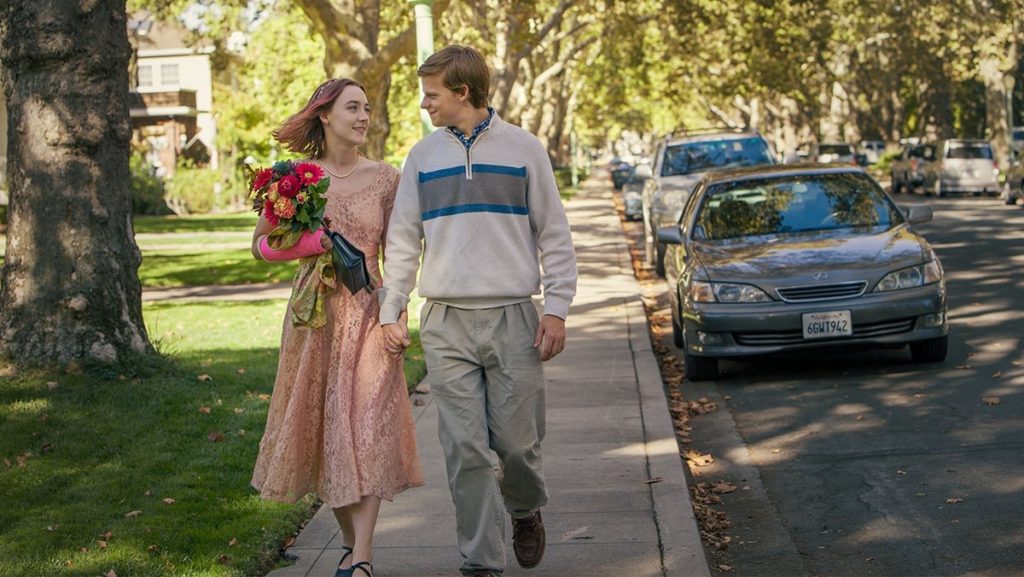 In “Lady Bird,” the brilliant and relatable film written and directed by Greta Gerwig, Christine ‘Lady Bird’ McPherson, played by Saoirse Ronan, navigates her senior year of high school and grapples with her love-hate relationship with her family and hometown.

“Lady Bird” is the quasi-autobiographical brainchild of Gerwig, who has described the film as being “about a home coming into focus when you’re leaving.” For Gerwig — and for Lady Bird — home is Sacramento, Calif. As Lady Bird tiredly plods through her last year of high school, she often reflects on her frustration with her hometown and her desire to go to college on the East Coast. A child of lower-middle class parents content with their lifestyles, Lady Bird constantly argues with her mother Marion, played by Laurie Metcalf, about her desire to move away and experience new things — during one argument, Lady Bird even apologizes for “wanting more.”

The brilliance of this film lies in its depiction of a typical coming-of-age story in a marvelously atypical manner. Although “Lady Bird” checks the box on several coming-of-age experiences —  Lady Bird has her first serious boyfriend, loses her virginity and turns 18 — it does so without shifting focus away from the film’s heart: Lady Bird herself. The film jumps through Lady Bird’s senior year in a meandering manner that mirrors the rapid-fire, impulsive nature of youth. The way that each experience tumbles into the next is a refreshing yet realistic take on the tumultuousness of being a teenager.

Perhaps the best part of the film is its compelling main character. Lady Bird is simultaneously a fascinatingly complex yet transparent character. She wants what typical teenagers want — a boyfriend, college acceptances, to leave home — but the actions she takes to achieve these milestones are charmingly against the grain. For example, when trying to avoid a conversation about college while driving with her mother, she escapes by opening the car door and throwing herself out. Lady Bird consistently asserts her independence and individuality despite the fact that she is frequently unsure about what she is doing or what she truly wants.

The intrigue of Lady Bird can be attributed both to Ronan’s exceptional performance and to the brilliance of Gerwig’s script. Every line in the script seems realistic and contributes to the audience’s interpretation and understanding of the characters; there are no scenes that seem hastily thrown in.

The excellent script and casting conflate to result in a moving, honest portrayal of relationships, the most notable of which is between Lady Bird and her mother. The two are very similar but frequently clash and have a constant tension that may feel relatable to mothers and daughters watching in the audience. Lady Bird desperately wants to leave Sacramento, but Marion consistently reminds her to be realistic, forcing Lady Bird to acknowledge financial constraints and the gravity of her circumstances.

At the heart of “Lady Bird” is Sacramento. The town hums in the undertone of the film and in the back of Lady Bird’s mind. Lady Bird says that she hates Sacramento and wants to escape, but her college counselor surprises her by saying that her college essay demonstrates a love for the city. It seems that Lady Bird suffers from a common confusion felt during youth: the inability to separate feelings for a place with the feelings for the things you’ve experienced in that place.

This film is ultimately a manifestation of Gerwig’s immense talent. She has managed to take common teenage experiences and spin them into a wise and poignant film. “Lady Bird” is realistic, fresh and sure to incite reflection in audience members of all ages — it is well on its way to becoming a coming-of-age classic.