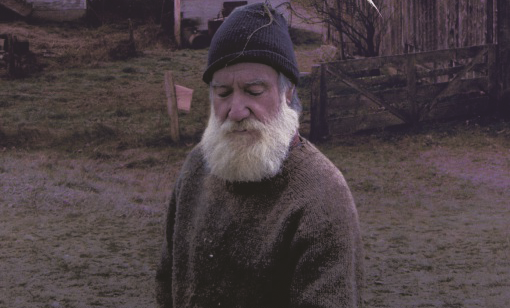 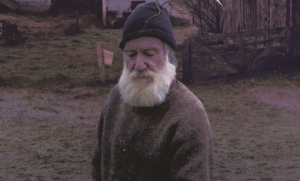 With wide opening shots of an idyllic farm, falling leaves and vast landscapes, it is easy to expect a soothing, pastoral film that will make you long for a simpler life. However, as soon as this picture forms in your head, it is ripped apart by the startling image of Peter Dunning, owner of the farm, slaughtering and gutting a sheep without any thought. A series of similarly contrasting images fill the 90 minutes, narrated only by Dunning, a man as passionate about his farm as he is hopeless about his life.

Tony Stone’s new documentary “Peter and the Farm” challenges the simplicity often ascribed to farm-life, as you watch a man who first seemed full of life quickly come to question to the purpose of existence.

There is no glitz or glam to the film: It is an appropriate representation of the stark isolation that floods Peter’s life. Stone’s cinematic style is blunt. He highlights unapologetically violent and sickening images, such as close-ups of a vet checking to see if a cow is pregnant — an act he had to prepare for by first forcing the animal to defecate. Similarly, the documentary is not shy in its abrupt introduction to Dunning’s alcoholism, history of abandonment and suicidal thoughts.

Once you get past Dunning’s volatile exterior, the reasons for his constant melancholy become clear. His children and wife have left him, seemingly due to his struggles with alcohol. His solitude is emphasized as you hear him call the documentarians his friends. At one point, fed up with the filming, he declares, “I thought you guys were all done with this nonsense. I was just talking to you as a friend.” The only voices you hear in the movie are of Peter, the filmmakers and his animals.

“I care more about the farm than I care about me,” Peter says in one of his many boldly authentic moments of the film. The truth of the statement is clear as you watch him go about his numerous duties of the day.

Old Mile Hill Farm may not be what it used to be, with family running around and others to help with the work, but Peter’s determination has kept the farm running and under his control for the last 34 years.

In between gruesome duties and tasks, Peter drops lines, seemingly without consideration, that abruptly remind you of his state of mind. “Why don’t you document my suicide?” he asks, without a change in tone. “I’m living in hell right now … when you have to get up twice in the night to drink a shitload of rum to just keep the Delirium Tremens out.” At one point, he compares his life, without explanation, to that of Ted Kaczynski, the Unabomber.

Amid the grisliness of his words and his duties, Dunning’s complexities shine through in his dry humor and unexpected propensity towards drawing and poetry. His jokes, although hinting at darker subjects, are a welcome respite from usual dismay. He explains how his goal always was to be an artist, until a job at a sawmill left him with a mangled and nearly unusable hand. Clips of his cellar reveal stacks of painted and illustrated canvases, conveniently laid next to the piles of empty jars, once filled with homemade spiked cider.

His mental state is hardly that of a “simple farmer.” Reflecting on the human experience, he says, “It’s not just me. There’s a whole environment up here that’s underground down to about 18 inches. Billions of billions of billions of organisms that have been here for billions of years. And we think about our own human endeavor: it’s so f—–ng sick.” To end the documentary, Peter surprises us one last time, with a poem of his own. An excerpt from it reads, “This isn’t hardware club. This is a beautiful oasis. A paradise in the midst of ugliness. Its all I ever wanted. More in fact, much more. And I alone can’t do it. I watch the flower garden turn to weeds.”

“Peter and the Farm” challenges the naive and idealistic picture we paint of the simple farm life and, instead, leaves viewers with the frightening message that the tragedies and complexities of life are unavoidable, no matter how far from the grid you venture.