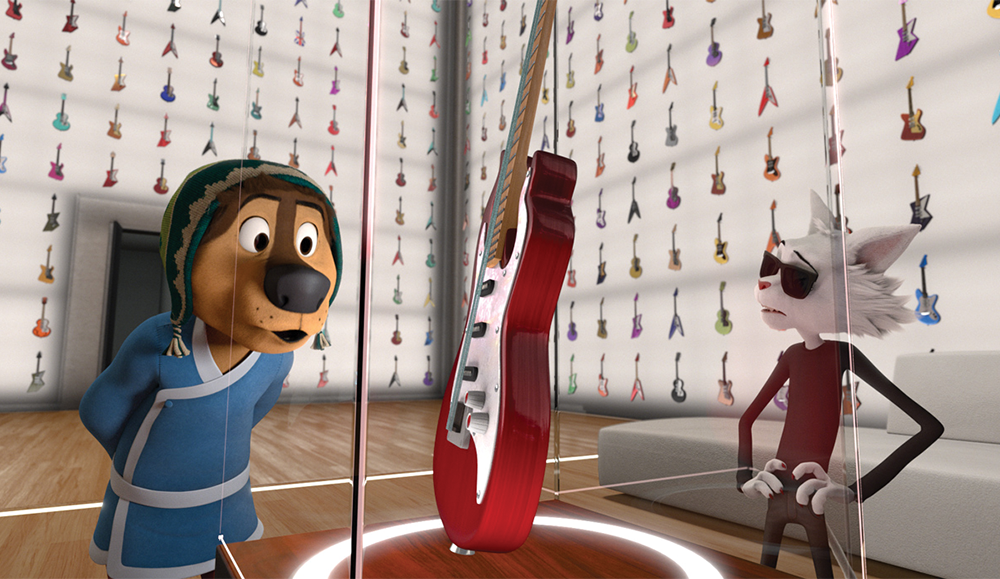 Films, like any form of art, must accommodate the highly diverse interests of audiences across the world. Hollywood overcomes this problem by producing several film genres that are tailored to different age and interest groups. Although most Hollywood genres can pander to a specific target audience, animated PG films are often stuck entertaining both children and their parents.

Recent animated films, such as “The Lego Batman Movie” and “Finding Dory,” have successfully appealed to adult audiences. Unfortunately, Director Ash Brannon’s “Rock Dog” fails in its attempt to garner interest from either adult moviegoers or younger audiences.

“Kung Fu Panda” and “How to Train your Dragon” have firmly established the genre of animated films that revolve around the main character’s rebellious attitude towards their parents. “Rock Dog” continues this trend with the story of Bodi, a young and oblivious Tibetan Mastiff in the midst of his training to protect a small sheep village from predatory wolves. However, after a radio falls from the sky, Bodi develops the desire to become a rock star. He travels to the city to seek seeking the tutelage of Angus Scattergood, the most famous rock star in this fictional anthropomorphic world.

Even with an incredible ensemble of voices, including Luke Wilson as Bodi, alongside JK Simmons, Eddie Izzard, Lewis Black, Sam Elliott, Mae Whitman and Keenan Thompson, the film flounders because of its lackluster script and the limited achievements of the actors’ voices. Many of the quick-witted jokes on which “Rock Dog” relies fall flat, because the film attempts to entertain adult audiences while remaining appropriate for the film’s younger audiences. Recurring characters, such as the wolf Riff (Thompson) and the shower-obsessed sheep Carl (Will Finn) manage to provide some humorous moments but gradually become redundant as the film puts too much weight on them. Angus Scattergood (Izzard) is the lone exception in the comedic portion of the movie. He and Bodi masterfully build a relationship based on Bodi’s eagerness to learn and Scattergood’s eagerness to exploit Bodi’s inexperience and potential as a future rock star for his own benefit. The imbalanced dynamic of Bodi and Scattergood’s relationship provides the audience with numerous laughs and hints at the underlying message of the movie.

One of the film’s main goals is to detail the difficulties of aspiring artists in the music industry. Pure talent is not the sole determinant of success. Prospective musicians need some luck to transition from street players into rock legends. The film perfectly depicts through Bodi’s search for the right band and his obliviousness of the ruthless nature of the music industry world. After he is struck by luck, Bodi recognizes that many other musicians will never receive such an opportunity despite their talent.

The film’s animation smoothly accomplishes the innocent, friendly quality it sets out to achieve. Comfortable and fluffy characters dominate the screen and provide audiences with an affectionate, welcoming atmosphere that even allows the film’s antagonist, Linnux (Lewis Black), to display several agreeable qualities. In addition to charming animation, the film’s soundtrack is cohesive, with a family-friendly, rock-star tone. The film features songs by Beck and culminates with an original song featuring many of the main characters.

“Rock Dog” undoubtedly succeeds in creating a solid children’s movie. However, it falls flat in incorporating more sophisticated themes and engaging mature audiences as well. Pixar’s and Disney’s continued success in appealing to a wider variety of age groups and not dumbing down concepts for young audiences inadvertently set a high for all other animated films. Sadly, even with its outstanding soundtrack and animation, “Rock Dog” does not match the range of other contemporary animated children’s films.