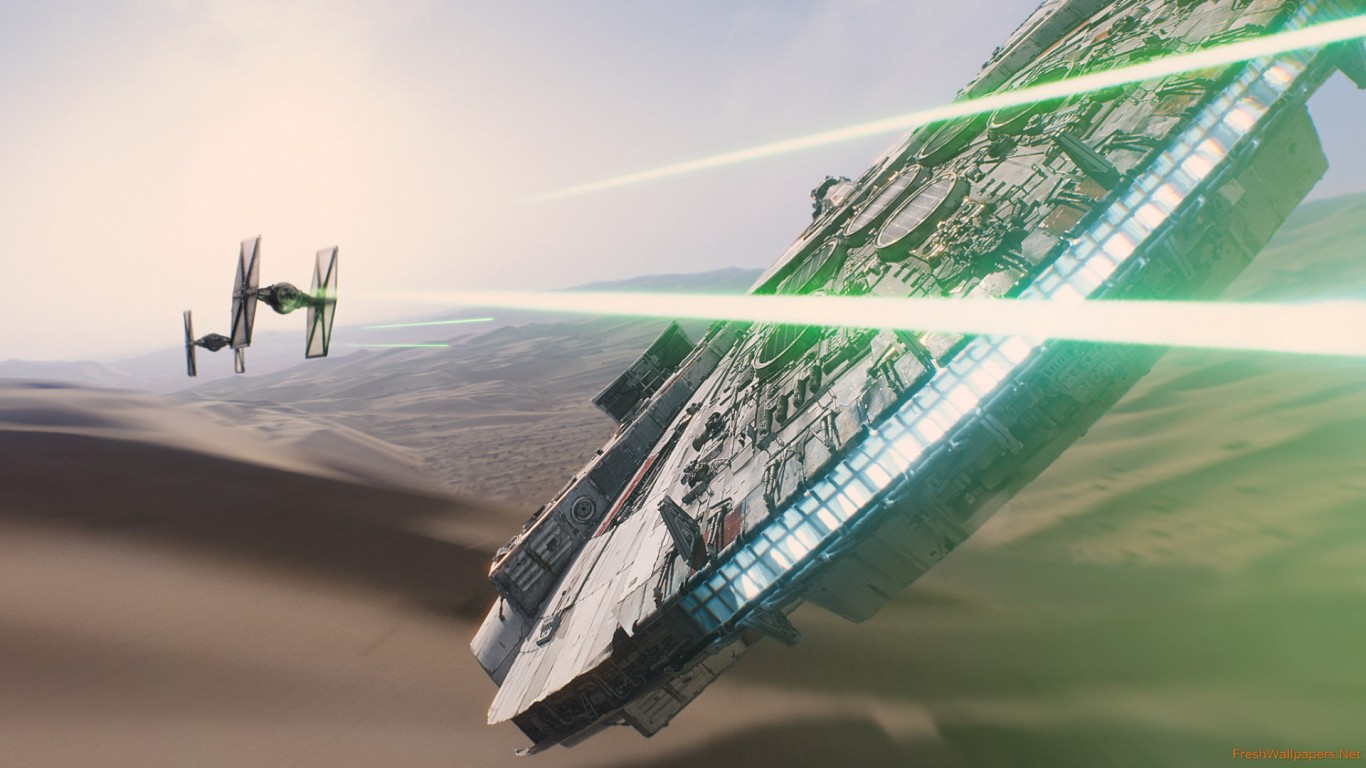 There is perhaps no other movie franchise more influential in Hollywood history than Star Wars. Almost 40 years ago, the release of the first “Star Wars” inspired a new wave of innovation in cinematic storytelling and special effects. The original trilogy was an epic, moving adventure that captured the hearts and minds of young and old alike.

Then, in 1999, “Star Wars: The Phantom Menace” kicked off a prequel trilogy that unfortunately lacked the personality of the originals, largely disappointing the franchise’s core fan base.

With J. J. Abrams at the helm, “The Force Awakens” is a triumphant return for the Star Wars universe that is sure to charm longtime fans and captivate a new generation. Featuring strong outings from newcomers Daisy Ridley and John Boyega, the film expertly fuses nostalgia, an engaging storyline and stunning visual effects.

The film takes place 30 years after the destruction of the Death Star and the fall of the Galactic Empire. Luke Skywalker, played by Mark Hamill, has disappeared, and the militant First Order is out to find him and end the Jedi Order once and for all. Standing against them is the Resistance, led by General Leia Organa, played by Carrie Fisher, in a strong return to the role. In an echo of R2-D2’s cryptic message in the first film, the key to Luke’s location is carried by an instantly loveable droid named BB-8.

The characters of “The Force Awakens” are heartfelt, yet they avoid slipping into the cliche. Ridley takes command of the movie as Rey, a scrap-metal scavenger on the desert planet of Jakku whose life is changed when BB-8 quite literally rolls across her path. Confident, determined and fiercely independent, she is a worthy protagonist. Ridley’s presence and aplomb are all the more admirable considering that this is only her second feature film. At only 23 years old, she carries the weight of the entire franchise with graceful energy.

Rey teams up with stormtrooper-turned-defector Finn, played by an equally impressive Boyega. Relatively unknown prior to “The Force Awakens,” — save for 2011’s sci-fi cult film “Attack the Block” — his buoyant performance is lively and affable from start to finish. Quick-witted and genuine, he and Ridley have an effortless on-screen chemistry.

The parallels to the original “Star Wars” are plentiful, and it remains up to the viewer to decide whether Abrams’ film is a shallow imitation or a visionary reimagining. The similarities are striking: a youngster longing for escape from a barren planet, a black-clad masked antagonist, a planetary weapon and a bustling cantina all show up in the latest reinstallment.

Still, the most effective transplant from the first film is none other than Han Solo himself. Harrison Ford flawlessly links the new with the old in a reprise of the classic character. He brings a grizzled, powerful heft to the role that grounds the movie in the mythic sense of the original while still artfully passing the torch to the next generation of heroes. Ford could have collected his massive paycheck — rumored to be as high as $20 million — and phoned it in, but instead he gifts audiences with his most impactful acting in years.

As far as villains go, Adam Driver’s Kylo Ren is much more than a poor man’s Darth Vader. He is a not the perfectly evil monolith that Vader was, but rather a conflicted, multifaceted character who is still evolving.

“The Force Awakens” is also visually stunning. In contrast to the heavily digitized prequels, the movie takes full advantage of locations across the world, from Ireland to Abu Dhabi to Iceland. Perhaps best known to the sci-fi enthusiast for reviving the Star Trek franchise with 2009’s “Star Trek” and 2013’s “Star Trek Into Darkness,” Abrams has a tremendous sense of scale, and the vastness of the galaxy’s deserts, seas and spacecraft is beautifully conveyed. The battle scenes are particularly mesmerizing; swooping TIE fighters and X-wings have been absent from movie screens for too long. The multitude of action sequences moves the film quickly, and it feels shorter than its two-hour-plus running time.

With both Star Trek and Star Wars now under his belt, Abrams has proven himself the master of reinventing science fiction for the new age. “The Force Awakens” is simultaneously grand and intimate, tragic and hilarious, nostalgic and innovative. It is everything that fans hoped for and more, with an outstanding cast and story to match.

Fortunately, the next installment of the Star Wars revival is less than a year away: “Rogue One: A Star Wars Story” is scheduled for release in December 2016. For now, “The Force Awakens” will give fans more than enough with which to preoccupy themselves.