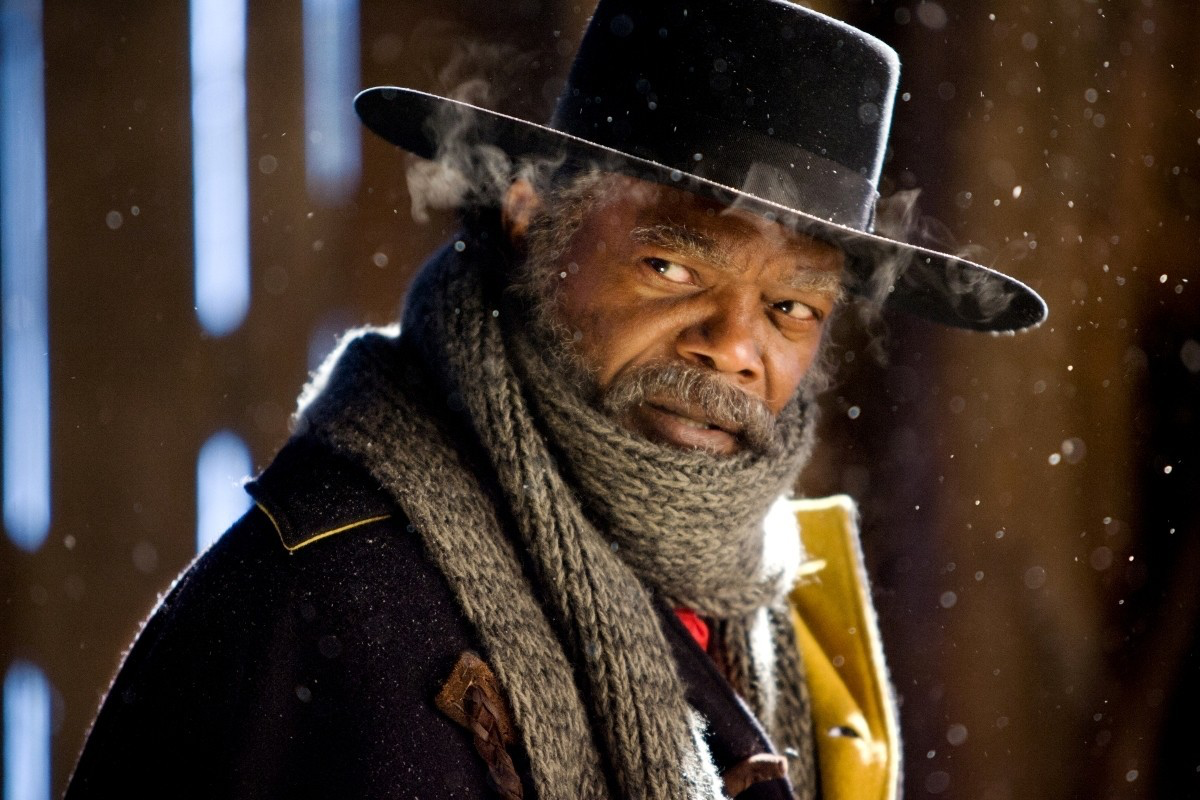 In a recent interview with The Hollywood Reporter, Quentin Tarantino revealed that he intends to make just two more films before trying his hand at theater. The increasing influence of the Great White Way on the storied screenwriter and director’s work is clearer than ever in “The Hateful Eight,” a slow-burning whodunit as verbose as it is violent. Shot in rich, wide-screen 70-millimeter format, the nearly three-hour Western is an entrancing amalgam of nefarious characters, racial tensions and over-the-top bloodshed. In other words, it’s a classic Tarantino movie. However, his latest work lacks a distinct focus in what it is trying to convey, oftentimes grappling at too many themes at once.

The battles of the Civil War may have ended years earlier, but the conflict still rages on inside Minnie’s. Tension swells as epithets fly, sides are taken and distrust runs high in the claustrophobic setting where every interaction takes place under the threat of violence. Tarantino stretches suspense impossibly far, building a thick atmosphere of menace and hostility before painting the floorboards red with blood.

Every character is given enough screen time to shine, but some performances hold up better than others. Jackson is brilliant as Warren, the most stimulating character that Tarantino has written for the actor since hitman Jules Winnfield in 1994’s “Pulp Fiction.” Goggins is also delightful to watch as he gleefully hams it up as Mannix; his liveliness is a shot in the arm during the film’s more longwinded sequences.

Still, it’s Leigh who steals the show as the most twisted and inscrutable of the eponymous eight. Even with limited dialogue, she commands the screen with unhinged ferocity. Spitting, swearing and cackling, Leigh is the bedrock of the movie and the embodiment of all its marvelous chaos.

Tarantino’s work has always been vehemently unconventional, and “The Hateful Eight” is no exception. The film was shot in Ultra Panavision 70, a rare format that hasn’t been used since the 1966 epic “Khartoum.” Seventy-millimeter film is known for its heightened picture size and quality, and it certainly shows: The Rocky Mountain vistas in the beginning of the movie are truly stunning, colors are more vivid and even the slightest facial twitches are registered.

Legendary composer and Academy Award winner Ennio Morricone contributes an orchestral score — his first for a Western in 40 years — that adds another dazzling cinematic dimension. Sinister and primal, it slinks along like a snake waiting to strike.

Tarantino seems to try to convey some overarching message about America in “The Hateful Eight,” but it is not quite as clear as he would probably like. Is it a statement on the obstinacy of racism, as Jackson’s character endures a steady stream of verbal abuse despite his service record and supposed correspondence with Abraham Lincoln? Is it about misogyny, as blood-splattered Leigh becomes the film’s punching bag? Or perhaps it’s something grandeur about the death of the American Dream. Tarantino doesn’t seem entirely sure what direction to ultimately take, resulting in a somewhat muddled attempt to say everything at once.

Tarantino is renowned for his exhaustive knowledge of cinematic history, and his work is typically rife with allusions to earlier, often obscure movies. This repertoire is demonstrated cleverly in “The Hateful Eight.” For instance, Mexican Bob is named after a character in the 1969 John Wayne Western “True Grit,” and the Butterfield Overland Stagecoach line appears in 1957’s “3:10 to Yuma.”

Still, more than ever before, Tarantino has begun to draw on his own films just as much. If conniving strangers in a room together and a bloody climactic shootout sound like familiar plot elements, that’s because they are: We have seen them before in Tarantino’s first film, 1992’s “Reservoir Dogs,” and in 2009’s “Inglourious Basterds.” Everything that he is well known for, from time jumps to conversations that go on sprawling tangents, shows up in “The Hateful Eight” with renewed extravagance for both diehard Tarantino fans and newcomers alike.