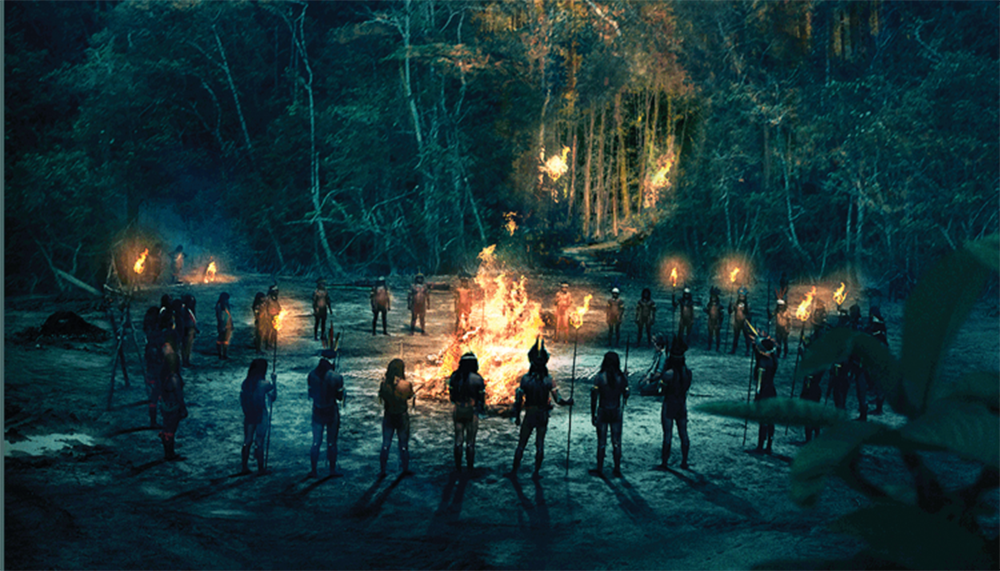 In “The Lost City of Z,” director James Gray’s adaptation of the eponymous book is a tremendous depiction of obsession and the drive to find truth in human history. In contrast to many historical action movies, “The Lost City of Z” connects with its audience on an emotional and philosophical level, while still providing nonstop entertainment.

Set in the first quarter of the 20th century, “The Lost City of Z” follows the true and inspiring story of British Colonel Percival Fawcett’s relentless search for a lost civilization deep within the Amazon jungle. Played by Charlie Hunnam (“Sons of Anarchy,” “Pacific Rim”), Colonel Fawcett is sent by the London Archaeological Society to assess the changes to the border between Bolivia and Brazil. As Fawcett completes his assigned task and ventures further into the exotic terrain, he discovers remnants of an advanced ancient civilization. Tenacious in his appeals to prove the existence of the ancient city Z, pronounced as the British “zed,” Fawcett obtains enough funds for two additional expeditions. Supported by his caring wife (Sienna Miller) and loyal companion (Robert Pattinson), Fawcett sets out on his quest and to prove the existence of his lost city.

The film succeeds largely due to Gray’s ability to effortlessly convey a multitude of messages to his audience. Gray presents his central message of the human desire to accumulate knowledge with Colonel Fawcett’s relentless determination to change common British perceptions of the South American population. Gray adds a rare dimension to his film with Fawcett’s sympathetic view toward the indigenous Amazonian people. With colonialism a major theme of the film, it is noteworthy that “The Lost City of Z” presents a British character that regards the indigenous and ancient civilizations of South America in a sympathetic light. Fawcett sees the native peoples as equals and constantly spars with the British court over the labeling of the population as “savages.” Fawcett believes that if he can find concrete evidence for the city’s existence, he can change this pervasive British belief.

Gray also subtly presents social commentary on gender equality in early 20th-century Britain. Miller is excellent in her performance as the supportive housewife of Colonel Fawcett. Nevertheless, both Gray and Miller enhance the role of Nina Fawcett by giving her an argumentative personality that constantly clashes with Hunnam’s character over a woman’s place in the workforce. Miller’s performance serves as a reminder that gender equality has been an ongoing issue since the early 20th century and still has a long way to go.

Even though Gray’s message is brought out by the effective performances of the cast, the character development seems forced at times, somewhat detracting from the film’s grandeur. With Hunnam’s character, there is always a sense of questioning in the film as to why he cares so much about the lost city. The film does not provide any satisfactory answers, making Hunnam’s character often appear artificial and thin. Additionally, Colonel Fawcett’s son Jack, played by Tom Holland (“Captain America: Civil War”), has supposedly loathed his father his entire life due to Colonel Fawcett’s detachment. However, Jack instantaneously forgives his father and joins him on his third expedition. Due to the instant reconciliation, the father-son relationship seems involuntary and false in the characters’ remaining time on screen.

Reminiscent to the quality of 2015’s “The Revenant,” the cinematography from “The Lost City of Z” is nothing short of spectacular. Throughout the film, vibrant shades of green shine on screen. From the rolling hills of Northern Ireland to the dense jungles of the Amazon, cinematographer Darius Khondji’s camerawork further enhances the highly emotional, philosophical and historical film.

James Gray’s “The Lost City of Z” does beautifully in its attempt to create philosophical and emotional dialogue, while maintaining the film’s historical action genre. The film’s artistic perspective does not impede its ability to provide entertainment for a wide variety of audiences. Despite the artificial character development, “The Lost City of Z” is a prime representation of what a historical action movie can be.