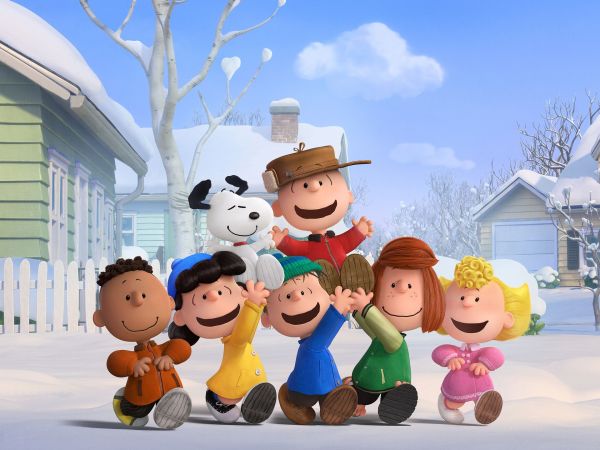 “The Peanuts Movie,” due out November 6, is Charles M. Schultz’s newest film following the story of the characters from our childhood. It’s an absolute must for every Hoya, not just for its nostalgic value, but for its surprisingly mature lessons on love and life. The movie follows Charlie Brown as he attempts to reinvent himself, hoping to impress a beautiful new girl in order to win her over. The story is paralleled by Snoopy’s own World War II love narrative, in which he is determined to save his sweetheart after she is kidnapped by the axis power.

To all those Georgetown students driven to be perfect, this movie is a much-needed reminder that to be a winner, no one has to win at absolutely everything.

There is no question that most Hoyas can relate to Charlie Brown’s self-proclaimed “serious case of inadequacy.” No matter what age, everyone can feel the overwhelming pressures of school and student engagement.

In fact, the movie deals with many mature concepts, depicting intense emotions of love, fear, inadequacy and hope in a playful and understandable way. Despite Charlie Brown’s struggle with his feelings of insufficiency and self-consciousness, there are heaps of funny moments that make it impossible not to find yourself smiling broadly, and which lighten the heavy reality of the challenges of self-worth. Woodstock, Snoopy’s classic best friend and beloved little yellow bird, serves as one of the biggest comic reliefs, small snippets of absurdity brightening the mood as he mows his nest with a snowmobile or creates a ridiculous plane pileup in Snoopy’s World War II flashback.

The way the movie switches back and forth between Charlie Brown’s world and Snoopy’s historical imagination keeps the audience engaged. In a much more dramatic way, Snoopy’s battle to win his sweetheart represents Charlie Brown’s dedication despite the obstacles in his way – though a talent show may be less daunting than a stand-off against enemy fighter planes, it nonetheless expresses the immensity of personal struggles to get what one wants.

Historical references are not the only aspect that can appeal to an adult audience. There are many             references that spark appreciation throughout the movie, from a Van Gogh painting tossed out of Snoopy’s doghouse to War and Peace by ‘Leo’s Toy Store’ that Charlie Brown reads for his book report. Additionally, the classic Peanuts’ songs are paired with more modern hits like Meghan Trainor’s “Better When I’m Dancin’,” creating a soundtrack that is reminiscent of our childhood and up to date with current interests.

This movie is incredibly important not just as a moral lesson for young children, but as a moral reminder to Georgetown students. Focusing on personal qualities rather than outward achievements, this movie illustrates the power of compassion, honesty, bravery and kindness and has the potential to both inspire and motivate the jaded and preoccupied minds that can develop under pressure and expectation in a university setting.