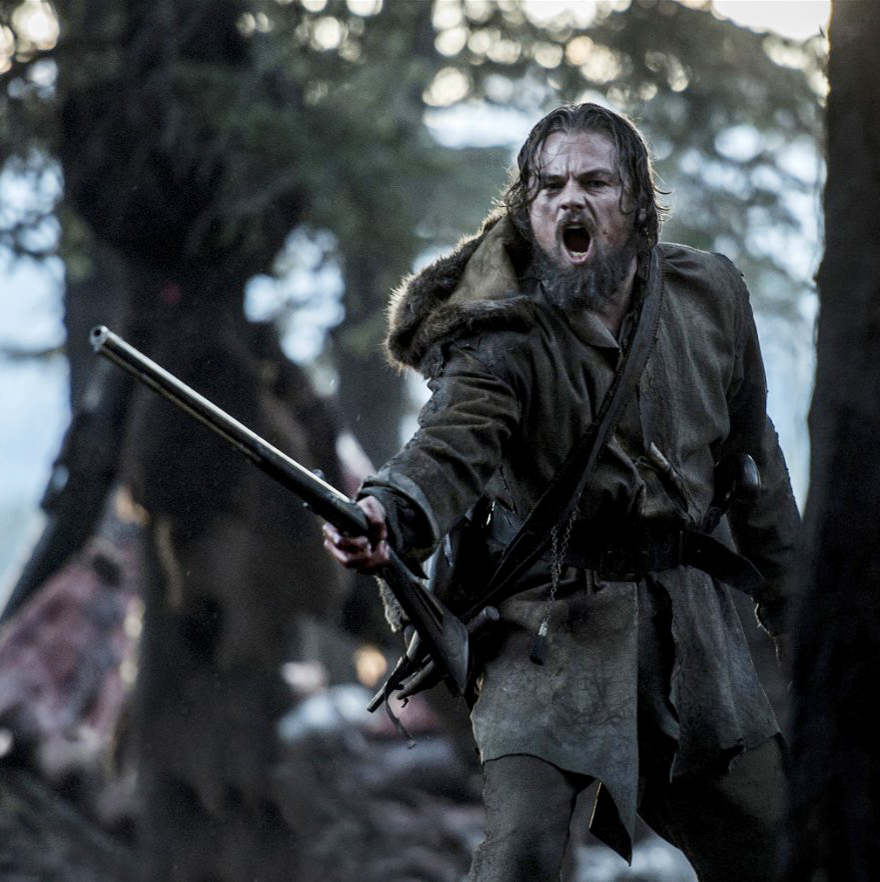 From “Amores Perros,” his debut feature film, to 2014’s critically acclaimed “Birdman,” director and screenwriter Alejandro Iñárritu has never shied away from intensity. That relentlessness reached new heights in “The Revenant,” his most visceral and ferocious film to date. Set in the stark, unforgiving wilderness of the Great Plains in 1823, the atmospheric epic is bolstered by the masterful cinematography of Emmanuel “Chivo” Lubezki and brutally committed performances from stars Leonardo DiCaprio and Tom Hardy. As beautiful as it is grueling, “The Revenant” is a monumental testament to the strength of both man and nature.

DiCaprio plays Hugh Glass, a real-life 19th-century frontiersman and fur trapper on an expedition led by Captain Andrew Henry (Domhnall Gleeson). While the movie begins with serene ethereality, it isn’t long before arrows, bullets and blood fly through the frigid air as members of the Arikara tribe decimate the hunting party. Only a lucky few survive, including Glass’ half-Pawnee son Hawk (Forrest Goodluck) and the treacherous John Fitzgerald (Hardy).

Still, the opening salvo of violence is merely an appetizer. Just a few scenes later, deep in the foreboding woods, Glass encounters an imposing grizzly bear and her cubs. What follows is the movie’s most stunning sequence: the hulking beast savagely mauls Glass, graphically ripping flesh and crushing bones. Shot in one uninterrupted take — a Lubezki signature — the staggering attack is gory, raw and unforgettable. The scene is a microcosm of everything that makes “The Revenant” so spectacular.

Convinced that Glass will soon die from his injuries, Henry orders Fitzgerald and the young Jim Bridger (Will Poulter) to stay behind with Hawk and help him bury his father when the time comes. Fear and avarice win over honorability though, and Fitzgerald stabs Hawk and buries Glass alive in a shallow grave. In a feat of near-otherworldly physical and mental strength, Glass drags his mangled body out of the earth and embarks on a 200-mile pursuit fueled by vengeance.

Every actor’s performance is exceptional, from Poulter and his wide-eyed innocence to Hardy’s stone-faced menace. However, it is DiCaprio who pours his entire mind, body and soul into the film. Covered in blood and dirt, with his few lines of dialogue delivered in anguished groans, he is as much a force of nature as the raging waterways and snowy mountains he traverses. His portrayal of Glass is awe-inspiring and well deserving of the Academy Award for which it is nominated.

“The Revenant” was shot in chronological order in the subzero, pristine wilds of Canada and Argentina, a decision by Iñárritu that imbues the film with a sense of realism and elevates it high above any other man versus nature drama. DiCaprio equally devoted himself to the movie’s authenticity, and actually endured many of Glass’ tribulations: submerging himself in frozen rivers, sleeping inside animal carcasses and eating raw bison liver. If this dedication doesn’t finally win him an Oscar, what will?

Regarding the Oscars, Lubezki’s extraordinary work in “The Revenant” should make him the favorite to win his third award in a row for best cinematography following 2013’s “Gravity” and 2014’s Iñárritu-directed “Birdman”. Filming exclusively in natural light with minimal daylight hours, he expertly captures the grandeur and sheer scale of seemingly infinite expanses of unspoiled land.

Lubezki’s camerawork draws the viewer into the film and creates an immersive visual experience. In one scene, a character’s ragged breath fogs the lens. In another, the camera plunges underwater to catch a close-up of a drowning man. The long takes are mesmerizingly dynamic. Lubezki perfected the extended tracking shot in “Birdman,” which appears as though it is filmed in one shot. “The Revenant” builds on this technique to remarkable effect.

The film isn’t without its flaws. Glass is arguably one-dimensional, characterized almost exclusively by his struggles, and the hints of magical realism that Iñárritu shoehorns in to further explain his protagonist’s backstory and experiences are undercooked. The scattering of subplots, especially one concerning a group of Arikara searching for a kidnapped daughter of the tribe, detracts from Glass’ solitary odyssey. If Iñárritu wanted to more potently expand the story’s scope, he should have instead given Hardy’s captivating performance more screen time.

Nonetheless, “The Revenant” is a must-see film. It boasts DiCaprio’s most impressive performance to date, set against unparalleled natural beauty. Iñárritu and Lubezki already proved to be a match made in cinematic heaven with “Birdman,” and they have just upped the ante with “The Revenant.”