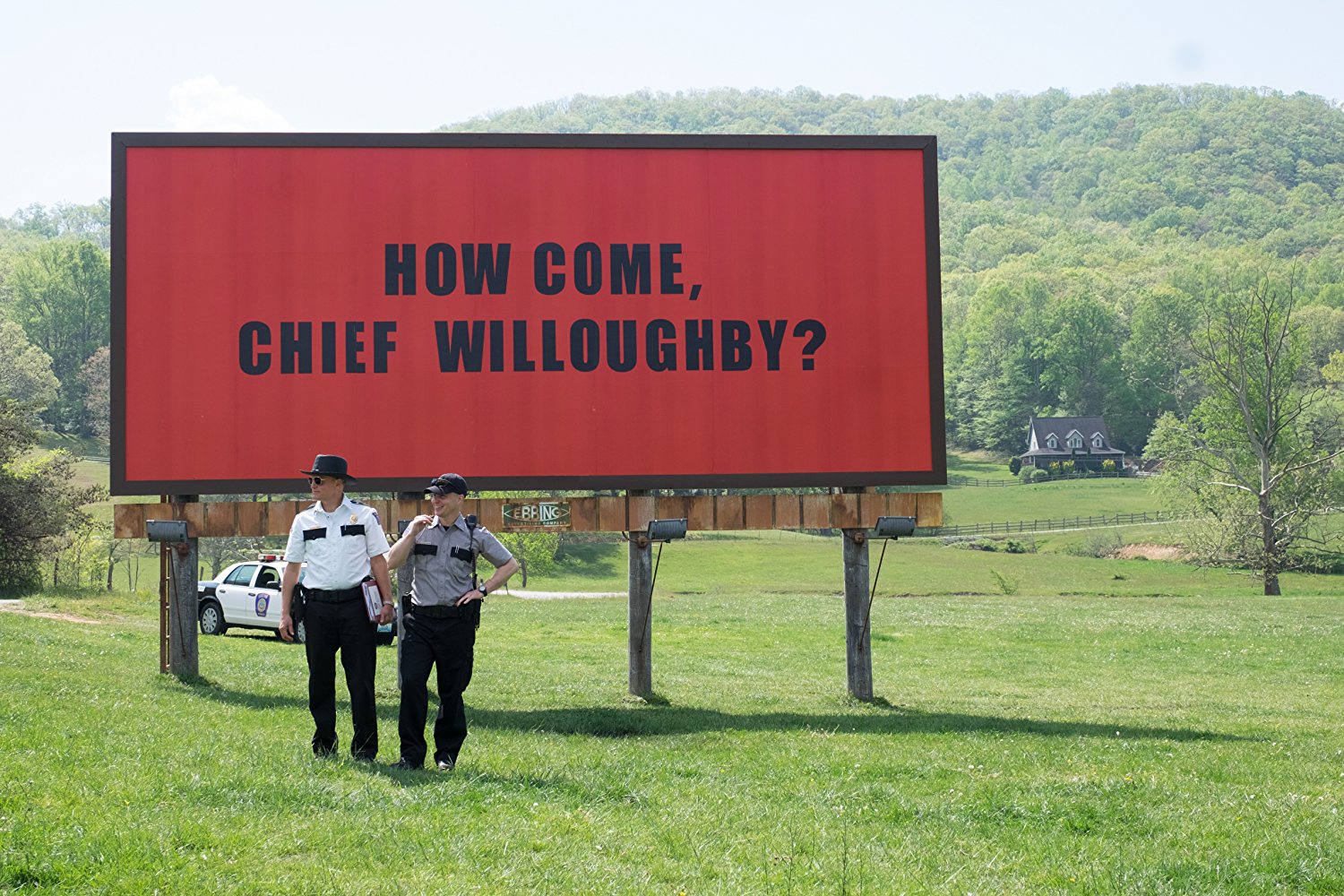 “Three Billboards Outside Ebbing, Missouri” is a story of vengeance and forgiveness.

The film is driven by well-developed characters and chance encounters that seem — and often are — too good to be true. The ﬁlm’s witty humor is always at the foreground, ready to make even the most difﬁcult moments bearable.

Writer and director Martin McDonagh expertly works with themes of tragedy and reconciliation to weave a tale about the resilience of the human condition.

Seven months after her daughter was brutally raped and killed, Mildred Hayes, played by Frances McDormand, is fed up. Frustrated with the failure of the police to catch the killer and suspicious that they have instead been spending their time harassing black people, she decides to rent three billboards at the site of the murder to challenge Police Chief Willoughby’s commitment to the case. The three boldly read “Raped while dying,” “And still no arrests?” and “How come, Chief Willoughby?”

The billboards create a storm of controversy in the rural town of Ebbing, Mo. Most everyone disapproves of the billboards, and the issue eventually estranges Mildred from her friends and family. When Willoughby makes a difﬁcult decision about his own family and his worsening illness, Mildred comes under even more scrutiny, and her daughter’s murder case ends up in the hands of the unstable Ofﬁcer Dixon.

What follows is a masterful blend of clever humor, chaotic violence and profound catharsis to create a ﬁlm that is truly unforgettable. What makes this ﬁlm so impressive is the multidimensional personalities of its characters.

Played with remarkable emotional depth by McDormand, Mildred is a walking paradox. She is stubborn yet charming and caring yet vengeful. Motivated primarily by the mystery of her daughter’s murder, she can be unreasonable. At one point in the ﬁlm, she ostensibly wants Willoughby to round up all men and boys over 8 years old for questioning and DNA testing.

The guilt Mildred carries for failing to protect her daughter resurfaces from time to time, creating cracks in her otherwise tough facade. Mildred is, in other words, the perfect protagonist: She is a human, not a hero. After watching the ﬁlm, it is apparent that anyone confronting tragedy of this scale could become similar to Mildred.

Willoughby, played by Woody Harrelson, is characterized similarly in that his ﬂaws are measured alongside his good intentions. He is committed to his family and clearly cares about the people he loves, but he turns a blind eye to instances of racial proﬁling in his department. Played by Sam Rockwell, Dixon, who sees Willoughby as something of a father ﬁgure, is unfathomably incompetent at his job. His anger toward black people is exacerbated by his rampant alcoholism — most aptly symbolized by his penchant for Jose Cuervo margarita pouches.

Dixon is perhaps the hardest character to redeem, but the film manages to do so with a combination of coincidence and genuine change of heart. After he overhears information about the murder in a bar, he risks his own safety to investigate further; his character arc reflects maturity and development, redeeming him as a hero in the audience’s eyes by the film’s conclusion.

McDonagh, best known for his 2008 ﬁlm “In Bruges,” is an Irish playwright and director. In this ﬁlm, his perspective as an outsider to the United States informs his treatment of racism and police brutality. For a ﬁlm that does not directly address political issues, “Three Billboards” confirms the existence of racial division following the civil rights movement. Even Willoughby admits the problem to Mildred in the middle of the ﬁlm, noting that nearly all of his police ofﬁcers are racist.

This clarity of perspective, shared by other such outsiders in the American media like John Oliver and Trevor Noah, gives the ﬁlm entirely different layers of complexity and meaning. Below the artiﬁce of individual humor and personality, McDonagh hides the immense pain that each character endures.

The ﬁlm’s humor is successful because of, not despite, this pain and asserts that joy can always shine through moments of despair and tragedy. McDonagh also picks the setting in a way that perfectly augments the coincidence-driven plot. The film unfolds in small-town Missouri, where everyone knows each other, there is only one local bar and chance encounters are even more likely.

It seems by the end of the ﬁlm that the characters have learned their lessons; more speciﬁcally, they have all learned to respond to emptiness and pain in their lives with kindness and empathy. Collectively, they come to understand, forgive and help each other.

In this way, the ﬁlm is incredibly hopeful: McDonagh seems to be insisting that people can change and that the world is redeemable. This rejection of cynicism is also reﬂected in the cinematography, by Ben Davis. The ﬁlm opens with a shot of the three billboards covered in foreboding, pessimistic mist and closes with a shot of the same billboards on a warm, sunny day.

McDonagh avoids the tropes of happy and forlorn endings to conclude the ﬁlm, leaving the audience with a reasonable hope that the conflict at the beginning of the film can be resolved peacefully. At the same time, he leaves the audience hanging, so that viewers may ruminate on the eerie possibility of violence.

Compelling character arcs and an emotionally driven plot pulls viewers into the small but fascinating world of “Three Billboards,” which they will not want to leave.